Veterans get chance to kiteboard as therapy

The local chapter of Wind Sports For Wounded Warriors is hosting a three-day retreat in Pinellas County. 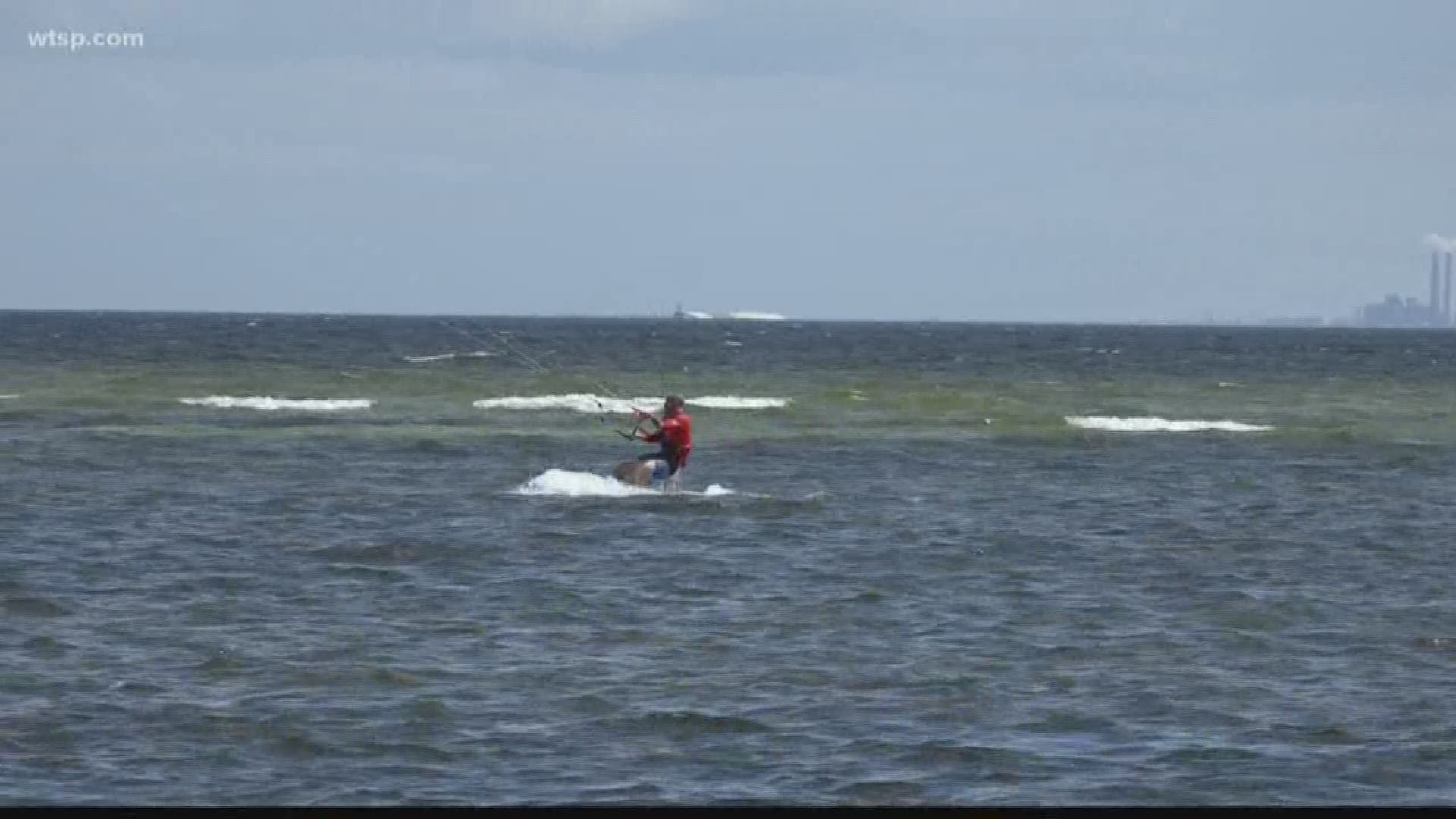 “Anything with adrenaline he likes,” said Courtney as she watched James kiteboarding. “I’m afraid I might get taken away by the kite.”

The couple drove 17 hours from Michigan so James could participate in the third-annual retreat for the Wind Sports For Wounded Warriors nonprofit. It’s a chance for veterans, many wounded from service, to try a new sport and use the experience as a form of therapy.

“I used to fly big helicopters. I fly big kites now,” said Nathan Cruz with a chuckle. The Army veteran had his femur shattered in combat. A titanium rod, his “built-in cane," replaced the bone. His injuries required major reconstructive surgery.

Two decades later, he’s strong enough to handle the pull of the wind while cruising the waves on his board.

“I still have my limitations but you’re as handicapped as you want to be,” he said. “This has helped me integrate with the civilian world.”

Cruz has a tattoo of three helicopters on his left bicep, to represent three friends who died in combat, along with the words ‘Freedom isn’t free but it’s worth fighting for.' He was medically retired in 2010 after a decade in service. He’s been kiteboarding for three years after being invited to try the sport at a kiteboarding retreat in Georgia.

Bernie Saboe is the director of the local chapter of Wind Sports for Wounded Warriors.

“It’s a big deal for me,” said Saboe, whose father and brother served in the Navy and whose son-in-law is a Marine. “It’s a way to give back. These instructors of just donating their time,” he said. “This is really awesome.”

Originally started in St. Simon Island, Ga. the retreats for WS4WW have become important stress-relievers for the veterans.

“Instead of being isolated, you’re going out, you’re interacting with other people who have been through what you’ve been through,” Courtney said.

The events are free during the three-day retreat in Pinellas County. The goal is to keep the momentum of the first three years going forward.

The fun of kiteboarding makes keeping that momentum easier.