Morris McDonald only started biking in 2006 and has already ridden more than 30,000 miles. 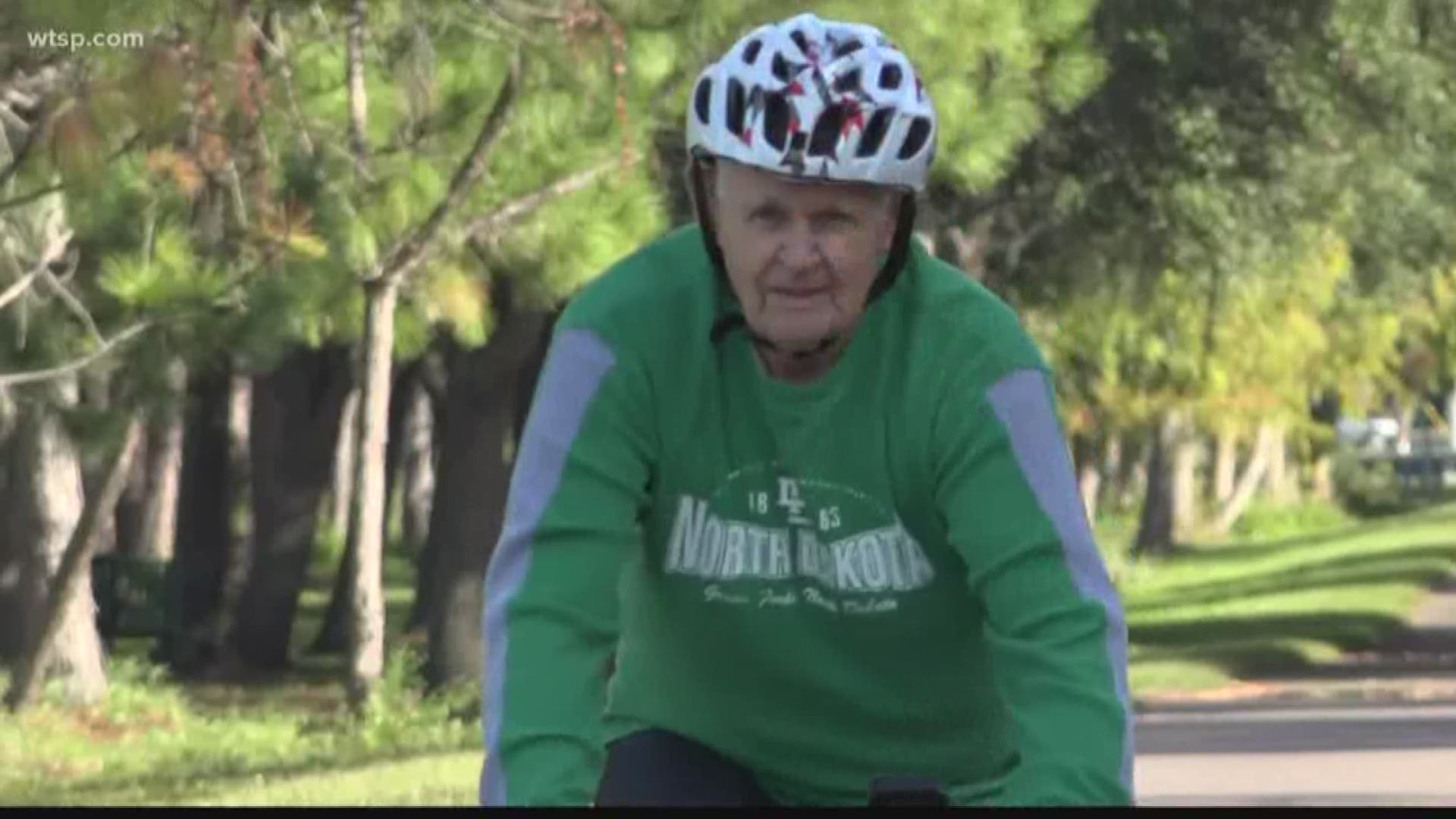 PALM HARBOR, Fla. — Morris McDonald is 82 and takes no medications. He credits his good health to his passion for biking.

McDonald first moved to Florida in 2000 and, for six years, watched people get out and enjoy riding the Pinellas Trail. The trail is just two miles from his home.

He bought himself a bike in 2006 and took off toward a new hobby.

McDonald has been a pastor in Palm Harbor at the Suncoast Bible Presbyterian Church for 19 years. He is excited about the Pinellas Trail’s 30th anniversary next year and plans to attend any celebration rides. He also rides the Suncoast Parkway and Withlacoochee Trail.

He challenged himself to ride 82 miles in August to mark his 82nd birthday.

“Ride your age is what it’s called,” he explained. “I woke up to the fact that we have this wonderful Pinellas Trail and I just see people out and I said I’m foolish to not have a bike and get out on that trail and enjoy what we have been given here in Pinellas County.”

He is excited about the trail’s 30th anniversary next year and plans to attend any celebration rides.

McDonald says he’s 82 and just warming up his wheels.

“There’s no reason to quit,” he said. “Bike riding is just fun so that was the whole idea.”