Joe Corbin was awarded the French Medal of Honor as the Knight in the Legion of Honor, the equivalent of the U.S. Congressional Medal of Honor. 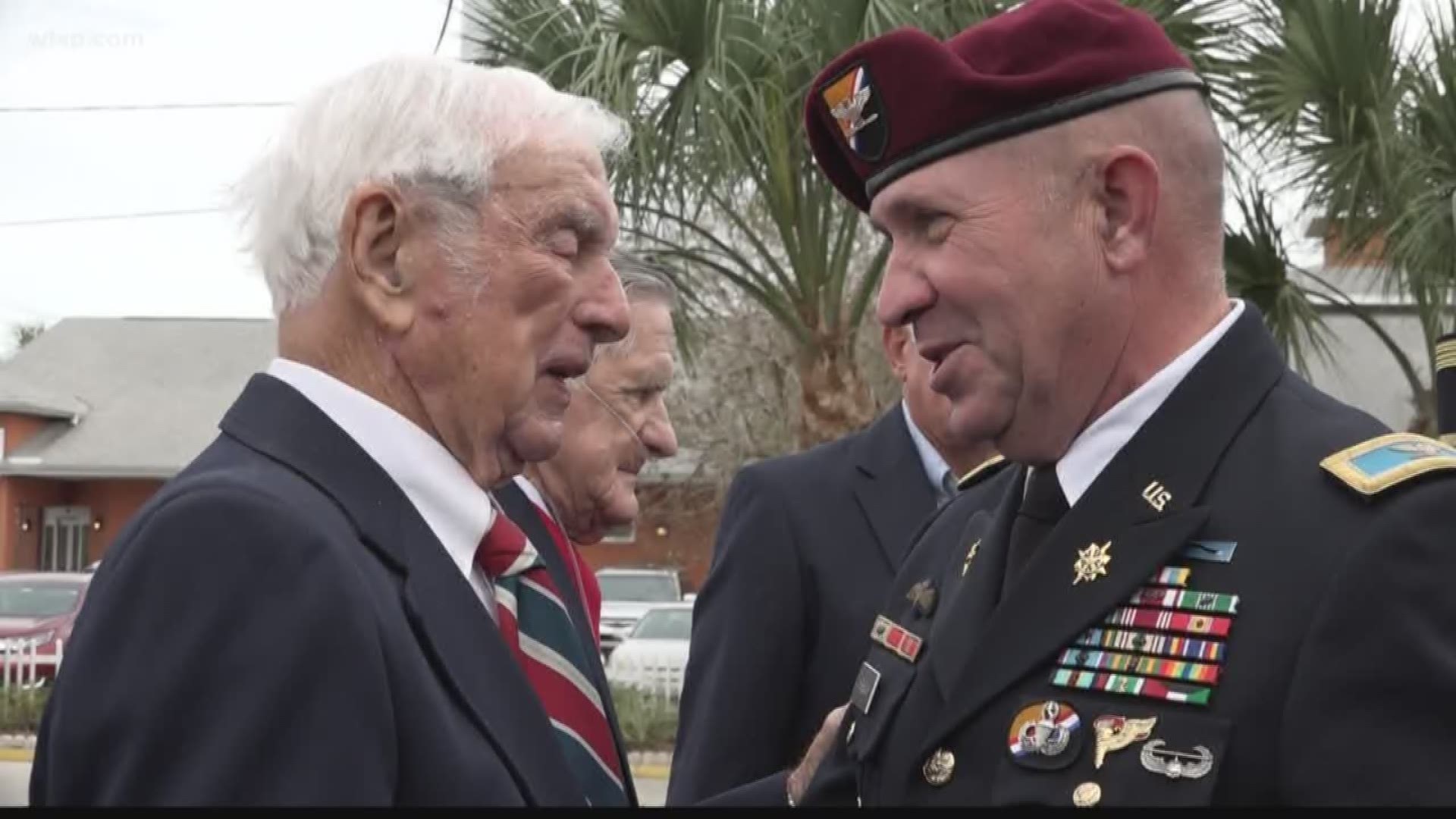 The wait is over for a man who spent 2 1/2 years in the U.S. Army during World War II. He maintained machine guns and taught other soldiers how to assemble them while blindfolded.

“You can’t forget it,” he said of his service. “I’m proud that the good Lord watched over me.”

He never expected to receive a letter in June from the French general consul.

"Your decision to fight for freedom in WWII was admirable, demonstrating your courage and selflessness,” the letter stated. “Without you and those alongside you, France and Europe may have never been liberated from the barbarity of Nazi occupation. The solidarity that you showed to our country and people will never be forgotten and will be considered as an example to follow for next generations.”

“It’s definitely a surprise to hear that they want to award me with the Legion of Honor,” Corbin said. “It’s an honor.”

Nearly 100 of Corbin’s family and friends gathered in St. Petersburg, Fla., for the award ceremony, which was held at the French American School of Tampa Bay.

Corbin served as a Washington D.C. police officer for 18 years.