Student intentionally causes a car crash, and it may have saved a woman's life

Her car has a fresh dent and a refreshing story to go with it. 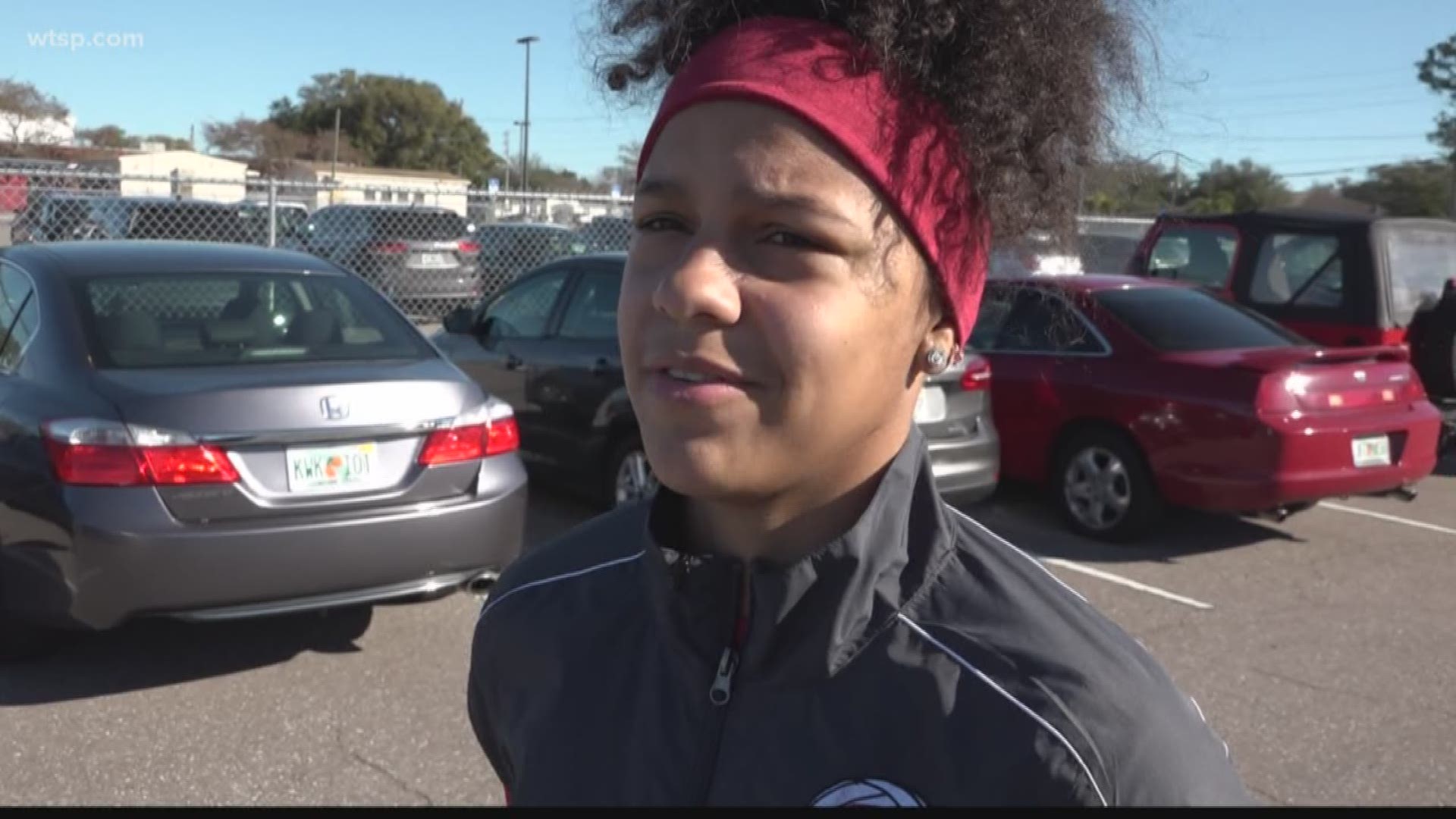 “This is my bucket,” she said while sitting in her 2003 Nissan Altima.

Her car has a fresh dent and a refreshing story to go with it.

Two days before Christmas the teenager pulled up to a red light on Sunset Point Road. She noticed the driver next to her had her head down.

“I thought she was texting because she was looking straight down. And then she started seizing,” Jones recalled.

The woman was foaming at the mouth and shaking violently. She had also started easing her way out into oncoming traffic.

Jones had to act fast.

“I opened my door and told people behind me that she was having a seizure, but nobody seemed to care or want to help so I pulled in front of her and let her hit the back of my car,” she said. “She was kind of like seizing out of the car. I took her seat belt off. She had blood and had peed herself. I was on the phone with 9-1-1.”

Her quick actions helped the fire department arrive within two minutes. She now affectionately refers to the dent in her back bumper as her “memory bump”.

“She just jumped right in. It was amazing. It was amazing. We’re so proud of her,” said Clearwater assistant principal Leslie Hopkins. “I was just really blown away when I was told the story."

“That’s so her. That’s so Olivia," Hopkins added.

Jones was a little worried what her family would say about the dent when she got home. She says she’s typically a good driver.

“I haven’t gotten in any accidents that were my fault.”

She’s also an observant one. She plans to attend college on a volleyball scholarship and someday hopes to become an orthopedic surgeon.

“I always talk to them about who I want to be in the medical field and how I want to save people and they’re like, ‘That’s how you got started. That’s your first step’.”