Jordan Peloubet was honored with the Youth in Philanthropy award for achieving the goal he set in early 2019. 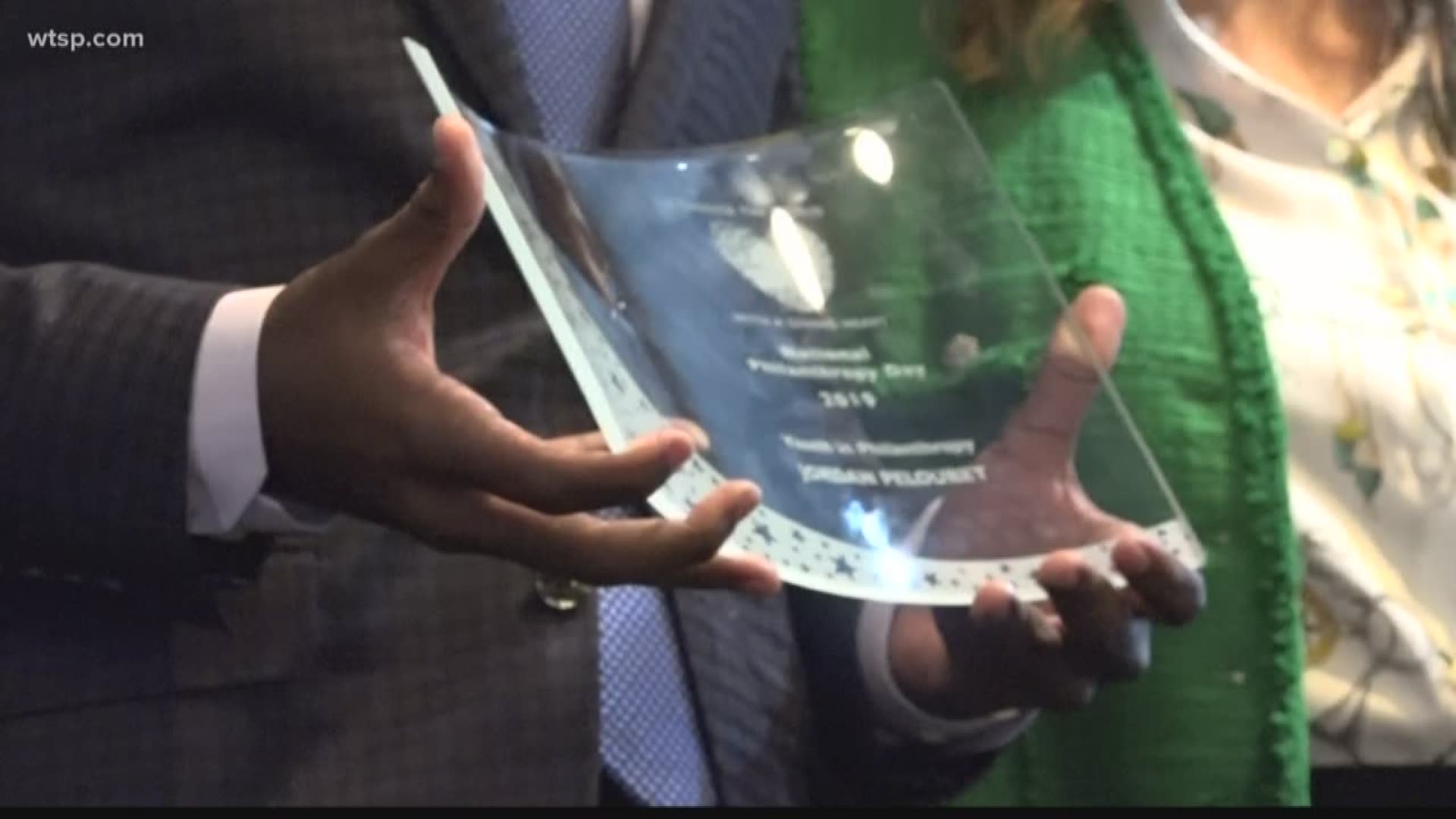 TAMPA, Fla. — Jordan Peloubet sat in the Tampa Marriott Airport dressed in a suit jacket and craddling his newly-earned award.

“Before I started, yes,” he admitted.

Jordan had a lot of work ahead of him when we first told his story in March. He was about $100,000 short of his goal to raise enough money to build a proper soccer field in his home village of Arusha, Tanzania.

Jordan received the 2019 Youth in Philanthropy award from the Association of Fundraising Professionals’ Suncoast chapter at a Friday morning ceremony last week. The event recognized incredible philanthropic efforts and contributions to the community.

That message resonated with the crowd of more than 400 people. They applauded Jordan upon the announcement of his award, and he stood for photos and shook hands after the event. It seemed everyone wanted to thank the Tampa Prep junior for his efforts a half a world away.

The Peloubets will leave on November 22 for Africa. They plan to attend the unveiling of the field in Arusha, a tiny village in East Africa. It was there that Drew and Susan Peloubet visited for a mission’s trip and adopted the little boy with the infectious smile back in 2006.

Now, that same boy is making a real-world impact on the kids in his homeland.

“It means the world. I dreamed that, like you said, that I would get it done but it was a long ways from when I was starting to this point,” said the now-17-year-old. “I kept pushing it and pushing it and now that it’s done it’s a huge accomplishment that will push me forward in life.”