The former Gibbs High School standout qualified for his second Olympic Games on Sunday after running a USA-best 9.80 time in the 100-meter dash. 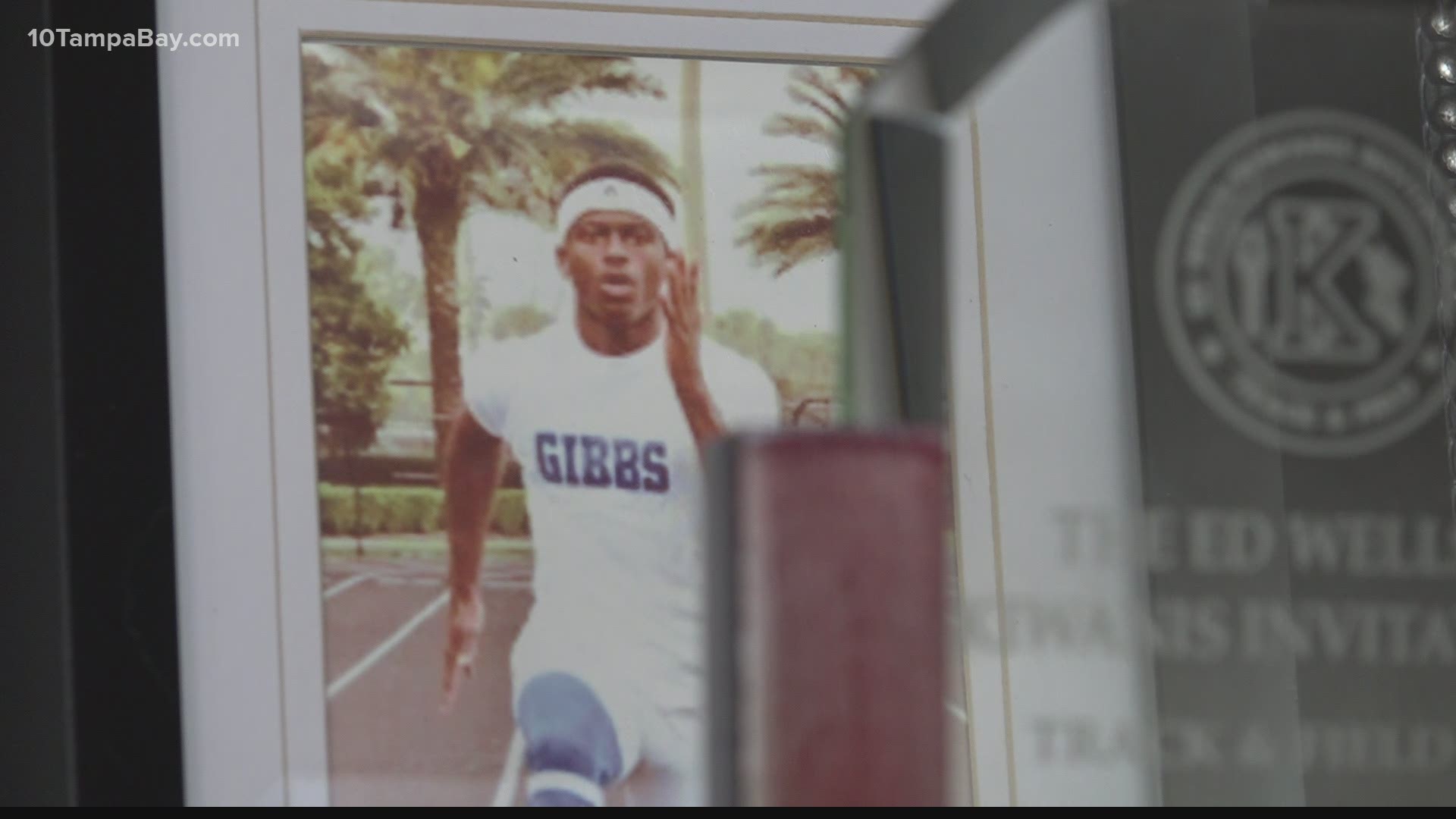 ST. PETERSBURG, Fla. — Ashton Taylor was stunned to get a text from his longtime friend which included a photo of a pair of track shoes. The name of Taylor’s mother, Garlynn Boyd, was written on the pair of New Balance spikes. It was an unexpected surprise.

The shoes belong to world-renown sprinter Trayvon Bromell. The former Gibbs High School standout athlete sent Taylor that photo before competing in the U.S. Olympic trials last week in Oregon. Bromell, propelled by the lessons instilled in him by Taylor’s mother, finished with the fastest time (9.80 seconds) in the 100-meter dash to advance to the Olympic Games in Toyko.

“Now knowing she was that fuel and inspiration for him, that is wonderful,” Taylor said. “He actually ran with her name on his spikes.”

Going back through old video of Trayvon Bromell today for a story. What a flash he was back in the day. At the time, the only HS kid to break a 10-sec 100m (9.99) for Gibbs HS in St. Pete. Dude can still fly. He's headed back to the #Olympics after 9.80 on Sunday @ChrisFischer07 pic.twitter.com/uQDmw46DQw

Bromell learned to run in the streets of St. Petersburg, Florida. There, at a very young age, he was tutored by Boyd and many others. Boyd died in June 2020. She was a fixture in the community and helped Bromell fine-tune a technique that would eventually build him into the best sprinter in the nation.

“When I first saw him, I was like, this young man has God-given talent,” said current Gibbs High School coach Robert Clarke.

Gibbs has a trophy case filled with Bromell’s high school achievements, including a pair of bright yellow Adidas with “9.99” written on the left heel. In 2013, Bromell became the first high school student to break the 10-second mark in the 100-meter dash.

“This is what Coach G. saw for him. This is what she wanted for him,” said Natalee Cleveland, who helped coach Gibbs track athletes from 2009-2016 before moving across town to Boca Ciega.

A signed jersey hangs in the hallway next to Bromell’s Gatorade National Track & Field athlete of the year banner. A life-size photo of him is displayed on the wall inside the gym alongside other Gibbs stars to went pro in their respective sports like NBA champion Marresse Speights and former Buccaneer quarterback Shaun King.

Bromell is looking to be the first alum with an Olympic medal.

“I am rooting for him. I think he can do it,” Cleveland said. “I definitely think he could do it.”

So does childhood coach Terrell Holmes, who called Bromell off the front porch one day to race his son. Bromell was shy and didn’t want to get in trouble for leaving home. He reluctantly raced and smoked everyone on the street. Holmes invited him to join his track team on the spot.

“We are looking forward to that grand prize. Gold medal,” said Holmes, who still coaches youth track in the area.

Bromell went to the Olympics in Rio in 2016 but was injured in a relay. He needed to be taken off the track in a wheelchair. He suffered a heel injury and doubted his future in the sport. The death of Boyd made him further question his future.

The day Boyd died, Bromell took to Instagram to share his grief writing, “I don’t even have the words to explain this pain I’m feeling. God knows that with everything in me, the world will know the lives you help change!”

The entire Gibbs running community is glad he stuck with his passion for sprinting. Bromell, an outspoken Christian who has never shied away from publicly sharing his faith, continues to support his community by providing track equipment for Gibbs and local running teams.

“He’s a God-fearing man who would do anything for this community,” Taylor said

Clarke spent two years at the school from 2012-13, which happened to be Bromell’s final two years as a Gladiator. He was hired in January and take over at Gibbs.

He could tell from the first moment he met Bromell that greatness was in his future.

“He was always fast. Just like a Ferrari, if you want it to go fast, what do you have to do? You’ve got to tune it up,” Clarke said.

Now, those who know Bromell best say his current accomplishments on the track would have made Boyd proud.

“Coach G. would literally cry tears right now,” Cleveland said. “She definitely thought he could be an Olympic. Thought he could medal, and I know she’s looking down right now watching him go for the gold.”

The Olympics begin on July 23.