Zi'Jana Thomas' design was named top tag out of over 2,300 student submissions. 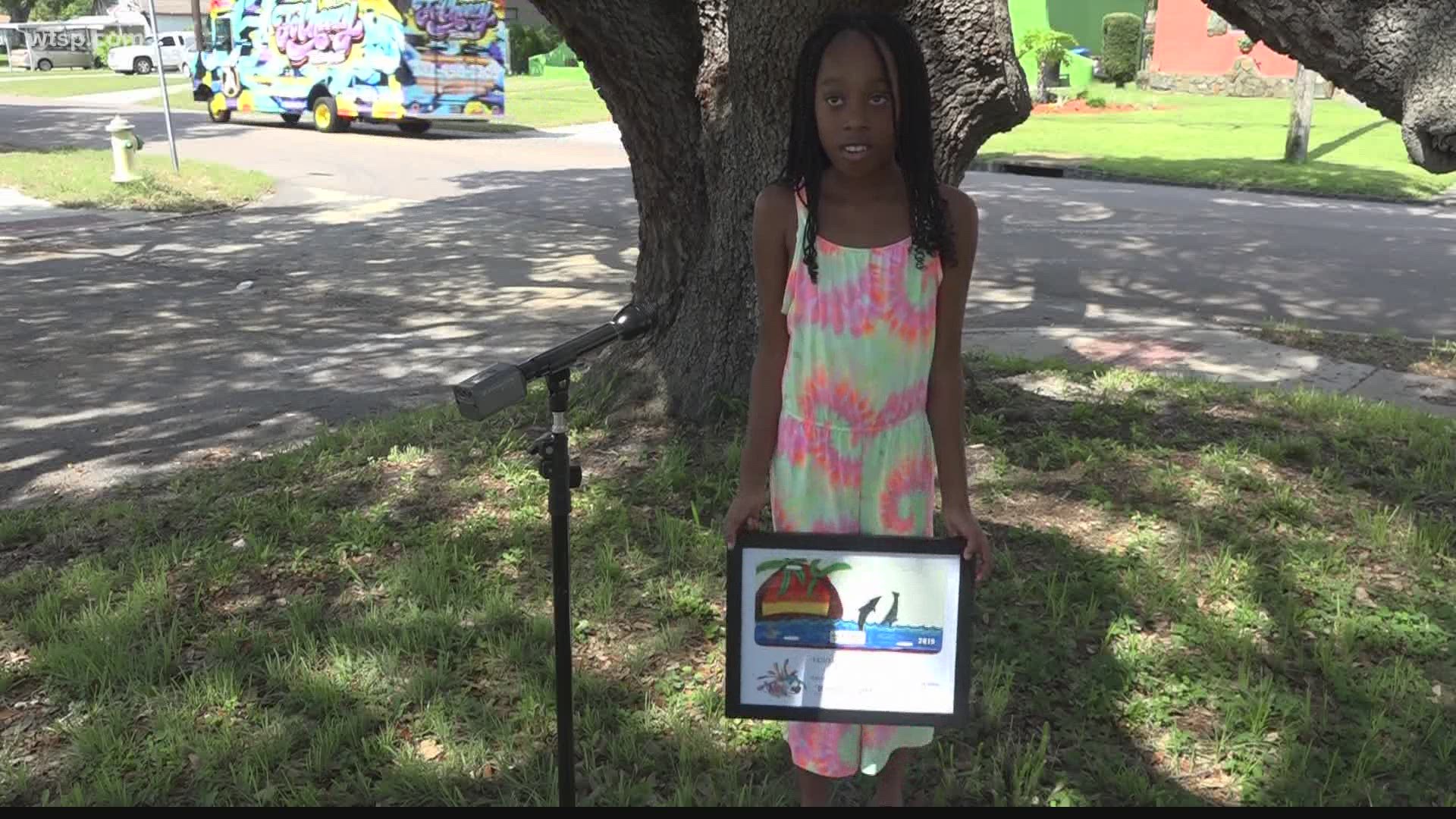 “Love it,” the Pinellas County tax collector said with a smile.

The rear license plate looks like many of the other millions of plates on cars gracing Florida roads. His front plate is much more rare.

“This improved the look 100 percent,” he said with a smile. “It looks wonderful, right?”

Zi’Jana Thomas is the creative mind behind Charles’ new car tag. She designed the winning license plate in the Pinellas County Kids Tag Art fundraising competition. She received an Award of Excellence winner and was also selected for the top award of Tax Collector Choice. She received a certificate, medal, framed plate, a party donated by and for Cicis Pizza Clearwater, and tickets donated by and for the Clearwater Marine Aquarium.

Out of 2,300 submissions, Charles’ picked Zi’Jana’s dolphin and palm tree design as the winner.

“This year’s winning plate I think is amazing. It definitely encapsulates what Florida is all about,” said Julie Levesque, who serves as the tech integration coordinator for the visual arts at Pinellas County Schools.

The program has grown since inception five years ago. Over 50 schools participated in this past school year.

“It’s gotten bigger in numbers and it’s gotten kind of better in refining the process,” said Levesque. “When we first started, we just let students use whatever they wanted to make their artwork. We quickly realized that color pencils and watercolors don’t scan and photograph very well and so then we started using strictly marker and it worked well. Now we’ve even gone to digital templates were kids are designing their artwork on computers in our art department.”

The students were asked to create ocean-themed plates this year. Zi’Jana was pleased with the final result after weeks of work.

“She’s very meticulous. She’s a very good artist,” said her art teacher, Laura Irmis. “It is quite an honor. To see her smile so big when she received the top award just brought tears to my eyes.”

“I wish I could display 1,000 plates on the car but there’s not room for it,” he said. “We have to pick a single winner. Truly there are hundreds plates.”

Any parent can get their students artwork on their car. They are available for purchase online. The fundraiser typically generates between $300 and $1,000 per participating school, according to Levesque. Irmis has her son, Mitchell’s, tag on her personal car.

For Zi’Jana, it’s special to have hers on the county tax collector’s.

Pinellas County Kids Tag Art project with more than $140,000 raised since its inception.