'I just got familiar with the industry and I took it and ran with it': Woman in construction breaks barriers

Lina Castro says she never saw herself in the construction industry nor in boots or a hard hat until an opportunity came her way. 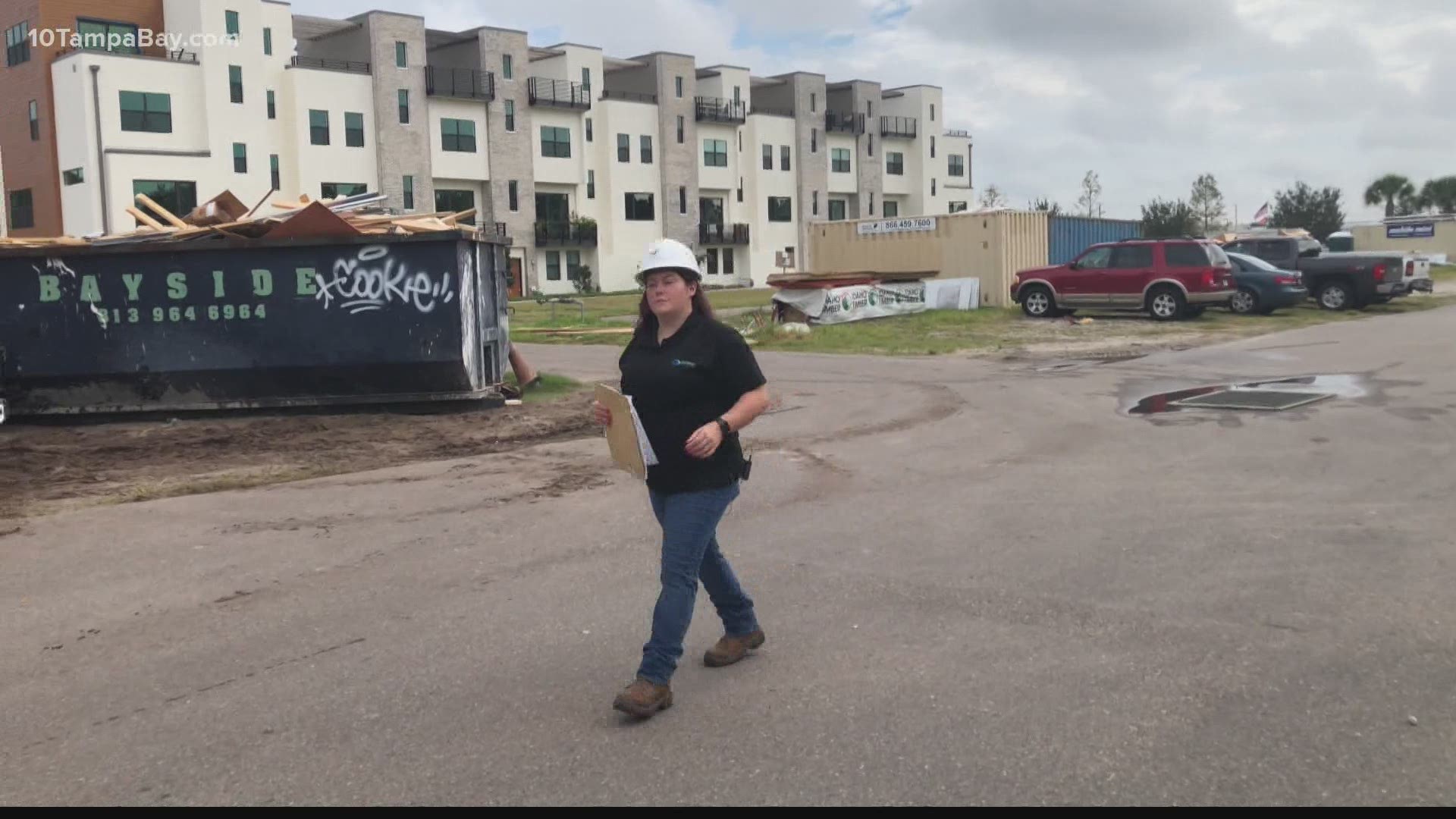 TAMPA, Fla. — March is Women's History Month. It's a chance to remind us of all the accomplishments of women throughout the years, from culture to society, politics and even the workforce.  At a rapid pace, women have been blazing trails in jobs that are historically held by men. Construction is no different.

When you think of someone working on a construction site, it's easy to picture the stereotype: a man, covered in dirt or dust working in the hot sun. Well, Lina Castro shatters that image.

"No, I never saw myself in the construction industry nor in boots or a hard hat so it's great."

Castro originally thought she'd be in healthcare, but it just didn't work out that way.

"You know I was just down that path of figuring out what I wanted to do. And I was presented with an opportunity to help out around the office and just got familiar with the industry and I took it and ran with it."

In just a few years, Castro was promoted to project manager. Now she coordinates everything from breaking ground to the finished product while visiting the work site at least once a week.

"I remember my first time walking on-site, there were men all over and I don't recall seeing any women and now more women are starting to get involved."

Castro loves her job and says it has turned into a very rewarding career. Recent research shows that only 10 percent of construction managers in the U.S. are women, and of those less than two percent are Latina.

Data scientists with LinkedIn show women have been gaining ground in male-dominated fields over the last five years. Looking at profiles for more than 560-jobs, hiring for 23 occupations flipped from majority male to majority female. Another 17 are on the verge of doing so.