Alligators freeze in swamp with noses above ice 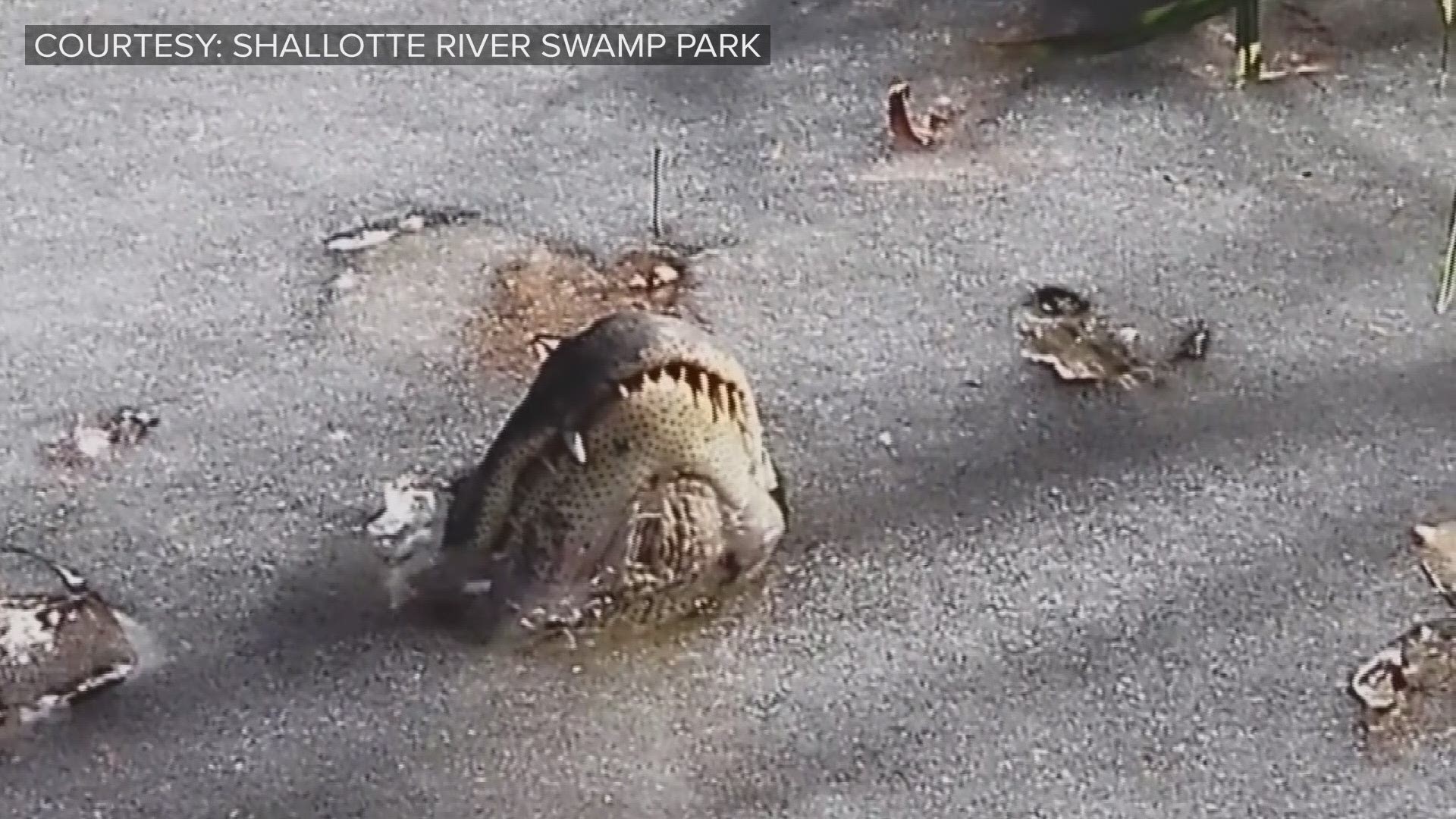 OCEAN ISLE BEACH, N.C. (AP) - Alligators in one North Carolina swamp have once again allowed themselves to freeze in place with their noses above the ice.

The Charlotte Observer reports The Swamp Park manager George Howard says 18 American alligators froze Monday night and stayed frozen all day Tuesday. He says the alligators seem to sense when the water is at its freezing point and poke their noses into the air "at just the right moment."

Credit: George Howard, The Swamp Park, Ocean Isle Beach NC.
A gator in the ice during a previous freeze in 2018

Howard has said frozen alligators enter a state of "brumation," which is similar to hibernation.

Alligators in the 65-acre park and sanctuary in Ocean Isle Beach weathered freezing temperatures for the first time this way last January. He says those alligators thawed out days later with no apparent injuries.

Information from: The Charlotte Observer, http://www.charlotteobserver.com