Fishing line was wrapped around the bird's wing and a hook went through its beak. 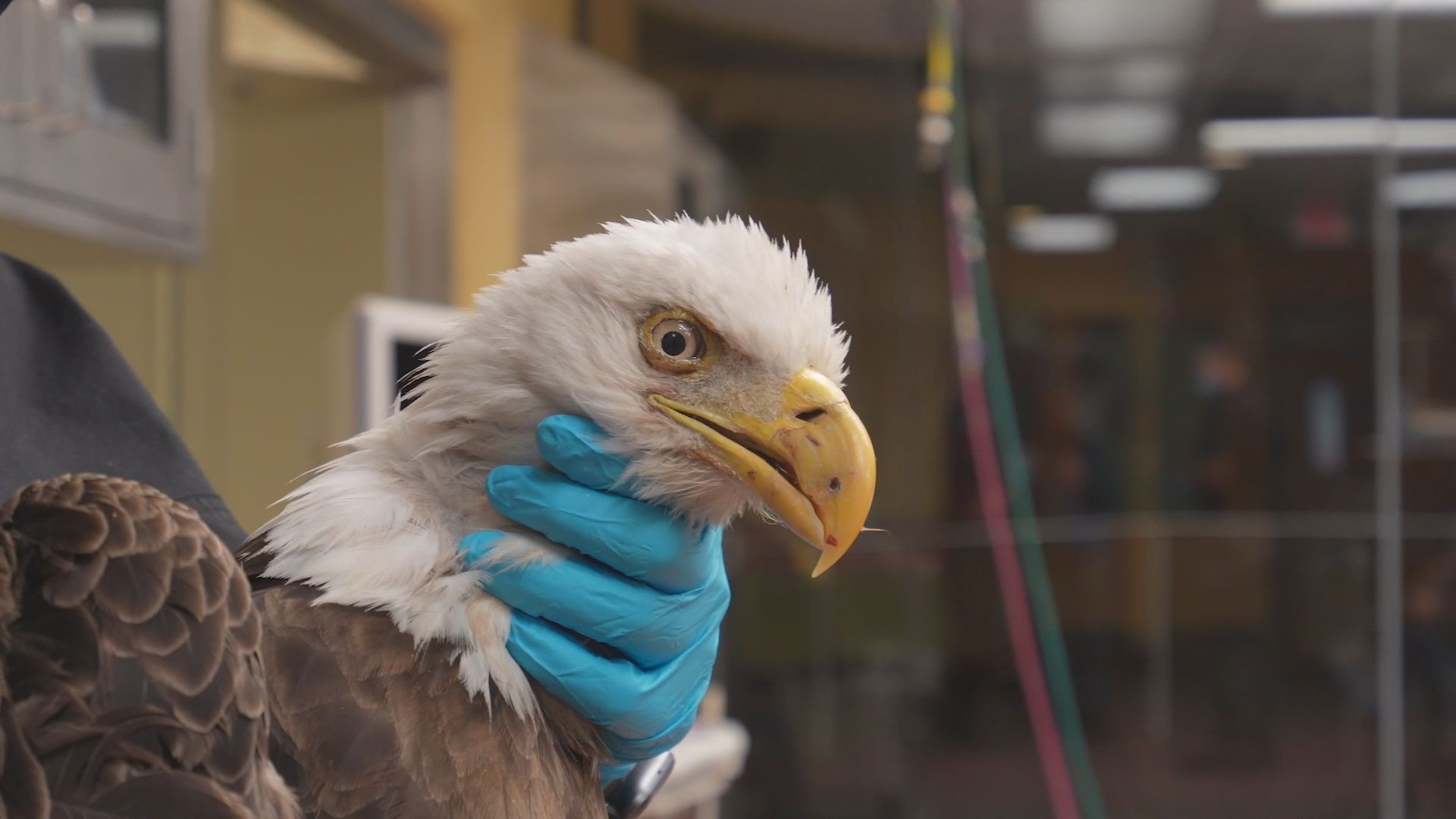 TAMPA, Fla. — A bald eagle caught with a fishing hook through its beak is on the path to recovery and should be able to be sent back into the wild.

Busch Gardens Tampa Bay veterinarian Dr. Peter Black helped to treat the bird after it was found last week in Pasco County. Two children brought the eagle to a fire station and asked for help.

Some fishing line was wrapped around its wing and a hook went through its beak, so it wasn't able to fly nor eat. It's believed the bird was in such serious condition for close to two days.

The Owl’s Nest Sanctuary for Wildlife in Odessa helped care for the eagle before it was brought to Busch Gardens Tampa Bay.

"Luckily, it didn't cause too much serious injury," Black said. "He does have a couple of extra holes where the hook passed through the beak, but the bone wasn't affected at all and the wing itself escaped major injury."

After some recovery, the eagle should be released, Black said.

Bush Gardens Tampa Bay has treated more than 100 rescued bald eagles during the past decade, it said in a statement.