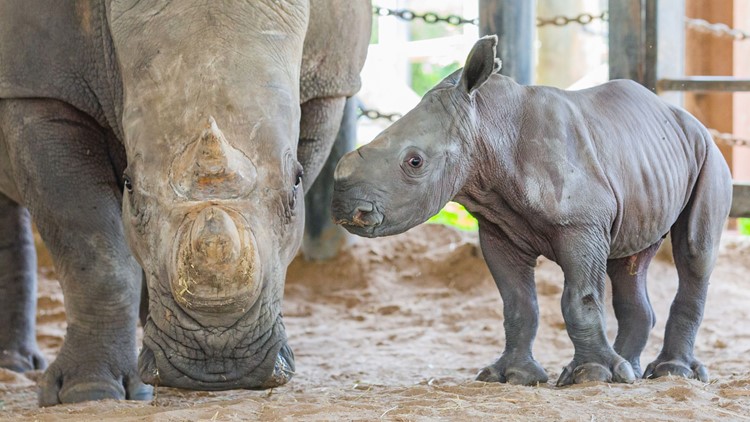 Photo by: ZooTampa at Lowry Park

TAMPA, Fla. — It’s one of the zoo’s primary missions – conservation – so ZooTampa at Lowry Park has a lot to celebrate.

An adorable white rhino was just born, and she’s being cared for by her loving mom, Kidogo.

The zoo says this is the seventh white rhino to be born there.

That’s a big deal for the endangered species.

According to the World Wildlife Foundation, white rhinos were believed to have gone extinct in the late 19th century.

Now, after more than a century of conservation, there are around 20,000 of these incredible creatures walking the earth.