It might take two to three months for them to recover and return to the ocean. 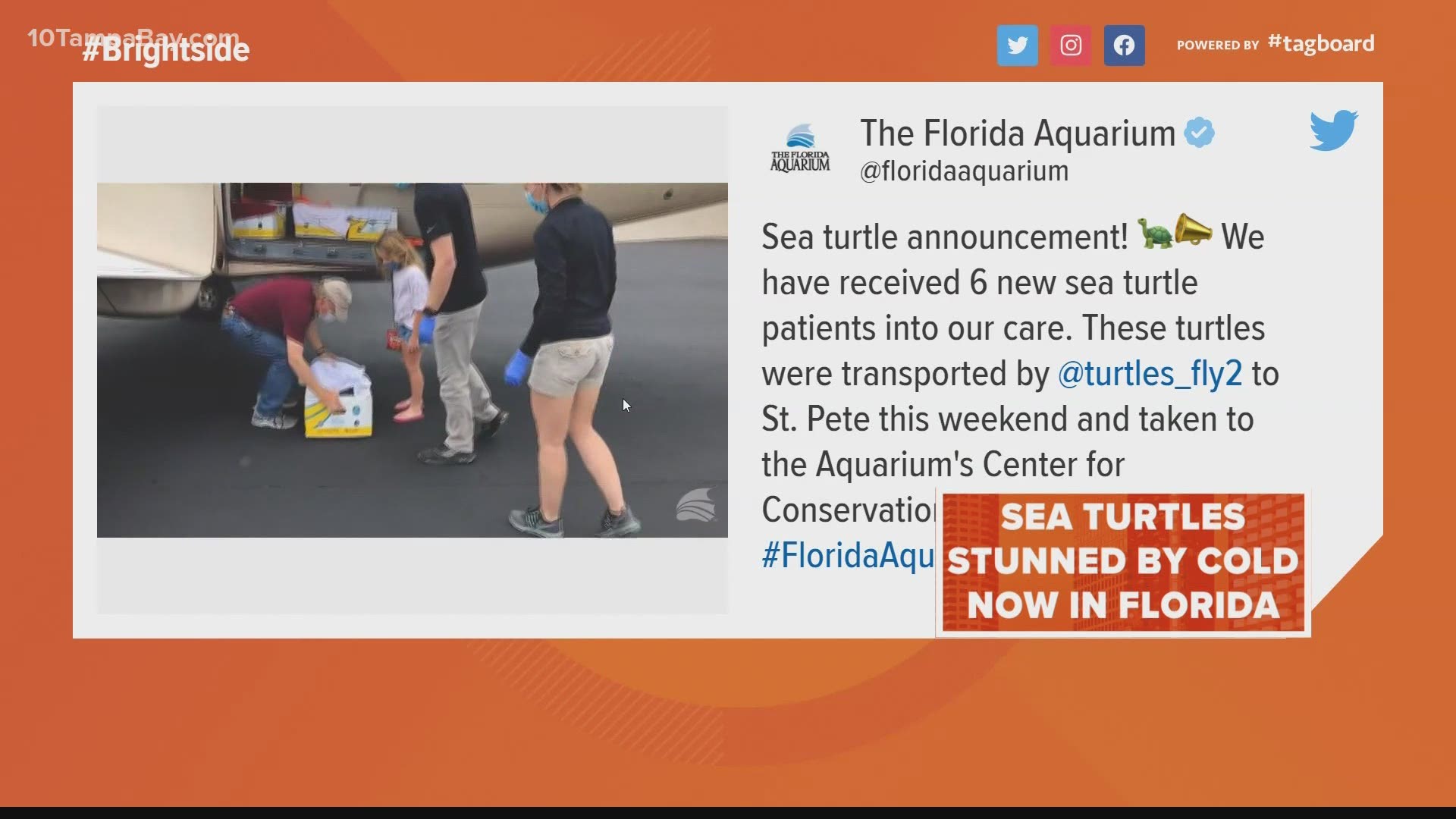 TAMPA, Fla. — This is about the time of year when the temperature begins to fall -- and the number of turtles stunned by the cold weather begins to rise.

The Florida Aquarium received six such turtles over the weekend from the Northeast U.S., it said in a news release. They include two green sea turtles and four Kemp’s ridley sea turtles.

Both are considered endangered, according to the Florida Fish and Wildlife Conservation Commission.

Transported in a plane by the appropriately named nonprofit, Turtles Fly Too, the animals will be cared for at the aquarium's Sea Turtle Rehabilitation Center in Apollo Beach.

Turtles in the northeastern U.S. can become incapacitated when exposed to prolonged periods of low temperatures and can end up with malnutrition, infection or other injuries. It can take two to three months for the turtles to fully recover and be returned to the ocean, the aquarium said.

The Florida Aquarium's sea turtle rehabilitation center opened in 2019 and features several pools ranging in size from 1,500 to 25,000 gallons. One dive pool is 11-feet deep and is used to assess a sea turtle's buoyancy, swimming and any nutritional needs before being returned to the sea.