No people nor animals were injured. 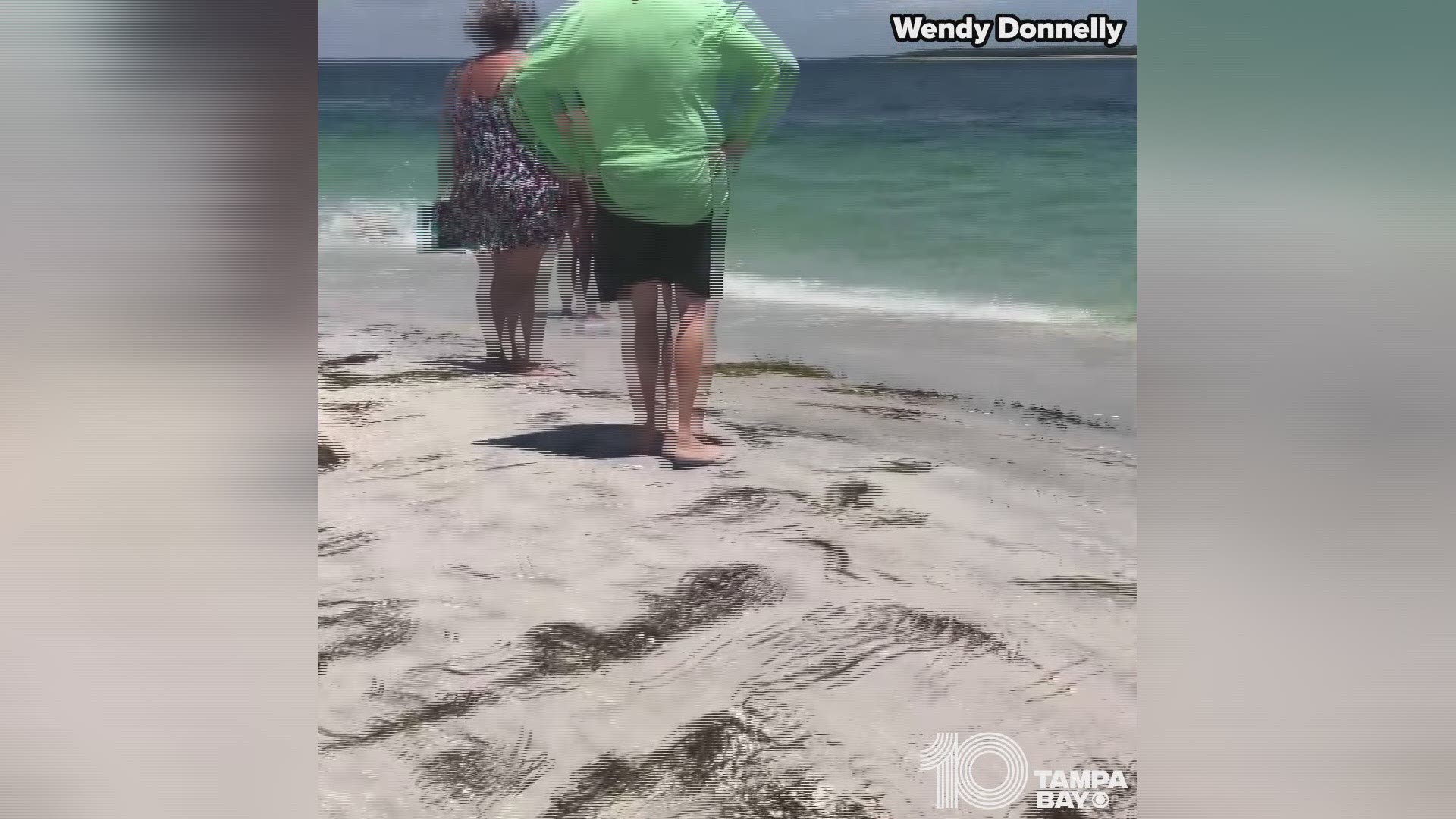 BOCA GRANDE, Fla. — Video obtained by our news partners at WWSB shows a hammerhead shark thrashing around in ankle-deep water in southwest Florida.

A small crowd can be seen gathered at the water's head as the shark attempts to swim just feet away.

The footage, captured by Wendy Donnelly on June 10 in Boca Grande, is the second eye-catching hammerhead video in recent weeks. In fact, one of the bystanders in the video can be heard mentioning hearing about the prior encounter "on the news."

In the separate close encounter, three women were on a yellow float at a Pensacola beach when they became surrounded by seven hammerheads, also in shallow water. They told WALA there was nothing they could do but wait it out.

No people nor animals were hurt in either case. Everyone just minded their business.

According to the Florida Museum, there have only been 16 recorded unprovoked hammerhead shark attacks around the world. None of which were deadly, its website said.

In 2020, there were 33 total shark attacks in the U.S. with 16 of them being in Florida, the Florida Museum reports.