Scientists previously only had found wolf skulls, while this head has ears, a tongue and a perfectly preserved brain. 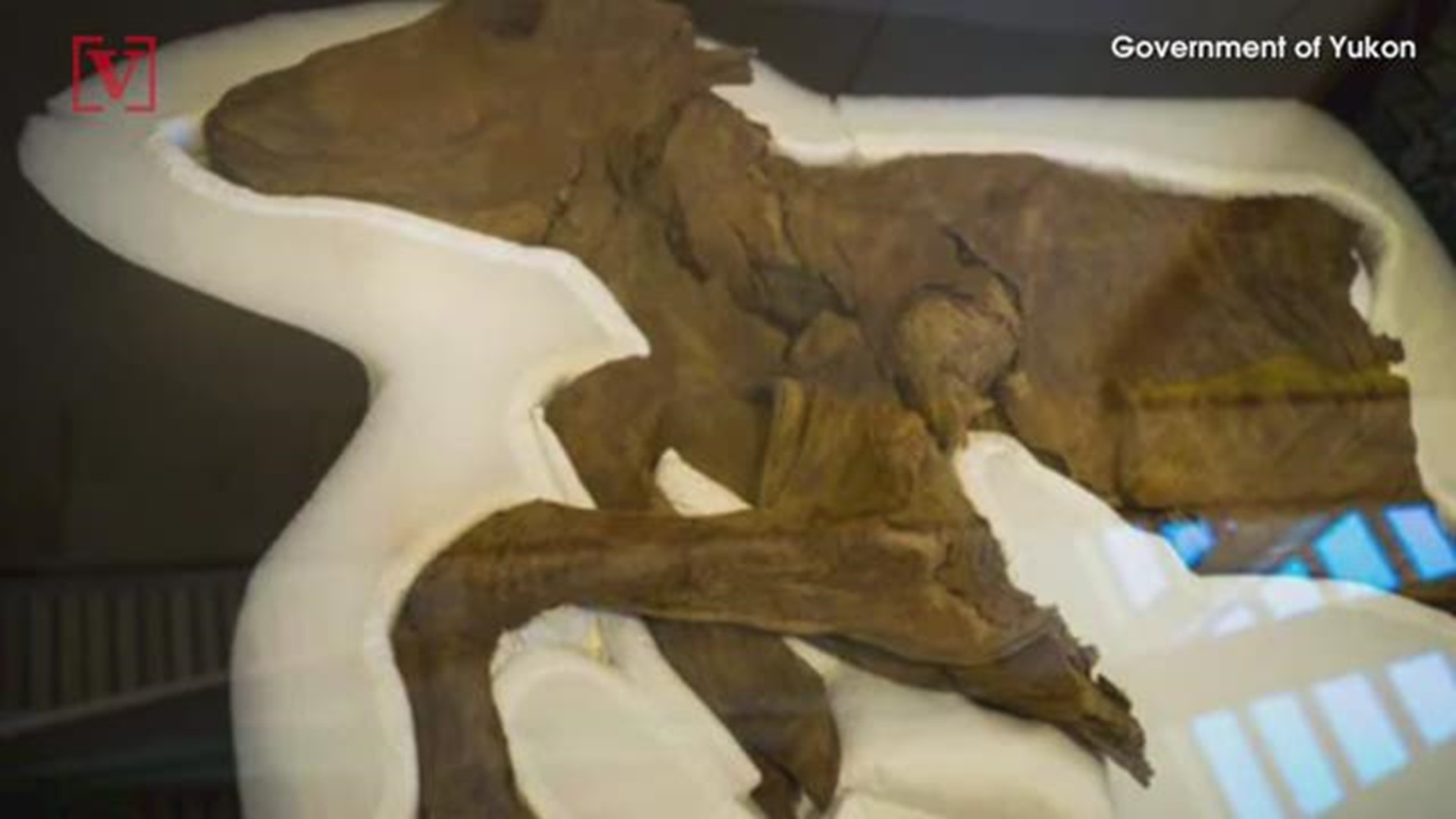 MOSCOW, Russia — Editor's note: The video above is from September 2018.

Russian scientists have found the furry head of an Ice Age wolf perfectly preserved in the Siberian permafrost.

The head of a wolf, which died 40,000 years ago, was discovered in the Russian Arctic region of Yakutia.

Valery Plotnikov, a top researcher at the local branch of the Russian Academy of Sciences, said the animal belonged to an ancient subspecies of wolf that lived at the same time as the mammoths and became extinct alongside them. Scientists said it was an adult, about 25% bigger than today's wolves, but did not say whether it was male or female.

Plotnikov called the discovery unique because scientists previously only had found wolf skulls without tissues or fur, while this head has ears, a tongue and a perfectly preserved brain.