As the number of pythons grows, they're expanding their territory.

The problem with pythons in the Florida Everglades is well-documented. It’s gotten so bad that the state is willing to pay people to go hunt them.

In a new documentary, CBS News looked into how the problem got to be so bad, and it has roots in Hurricane Andrew, which slammed into Florida in 1992 as a Category 5 hurricane. It was the costliest storm to ever hit the Florida coast but has had lingering effects when it comes to pythons.

According to the documentary, the state’s python issue started about a decade before Andrew, as exotic pet owners and enthusiasts imported the Southeast Asian Burmese pythons but later found themselves incapable of taking care of the snakes, which grow to become 15 to 20 feet long.

They would let them go in the Everglades.

And then when Hurricane Andrew blew through with 150 mph winds, roofs were blown off a number of exotic wildlife facilities in the storm’s path. One of the buildings affected was a Burmese python breeding facility.

Many of them escaped.

The Everglades are now overrun by pythons and that’s having a devastating effect on the ecosystem. A 2012 study by the U.S. Geological Survey found that after Andrew exacerbated the Burmese python invasion of the Florida Everglades, populations of raccoons and opossums dropped roughly 99 percent and some species of rabbits and foxes effectively disappeared.

Species that had long flourished here were being decimated by the aggressive newcomers.

The state of Florida is taking measures to rid the Everglades of pythons, paying hunters for pythons they remove. As of May 2018, 1,000 Burmese pythons had been captured in Florida since the problem began. But the python population has grown far faster than hunters can catch them.

One female can lay up to 100 eggs a year and has a lifespan upwards of 15 years.

And as the number of pythons grows, they are expanding their territory. One was found as far north as Georgia in 2012. Pythons are limited by temperature and other environmental factors, but experts fear with climate change, they could creep farther north. 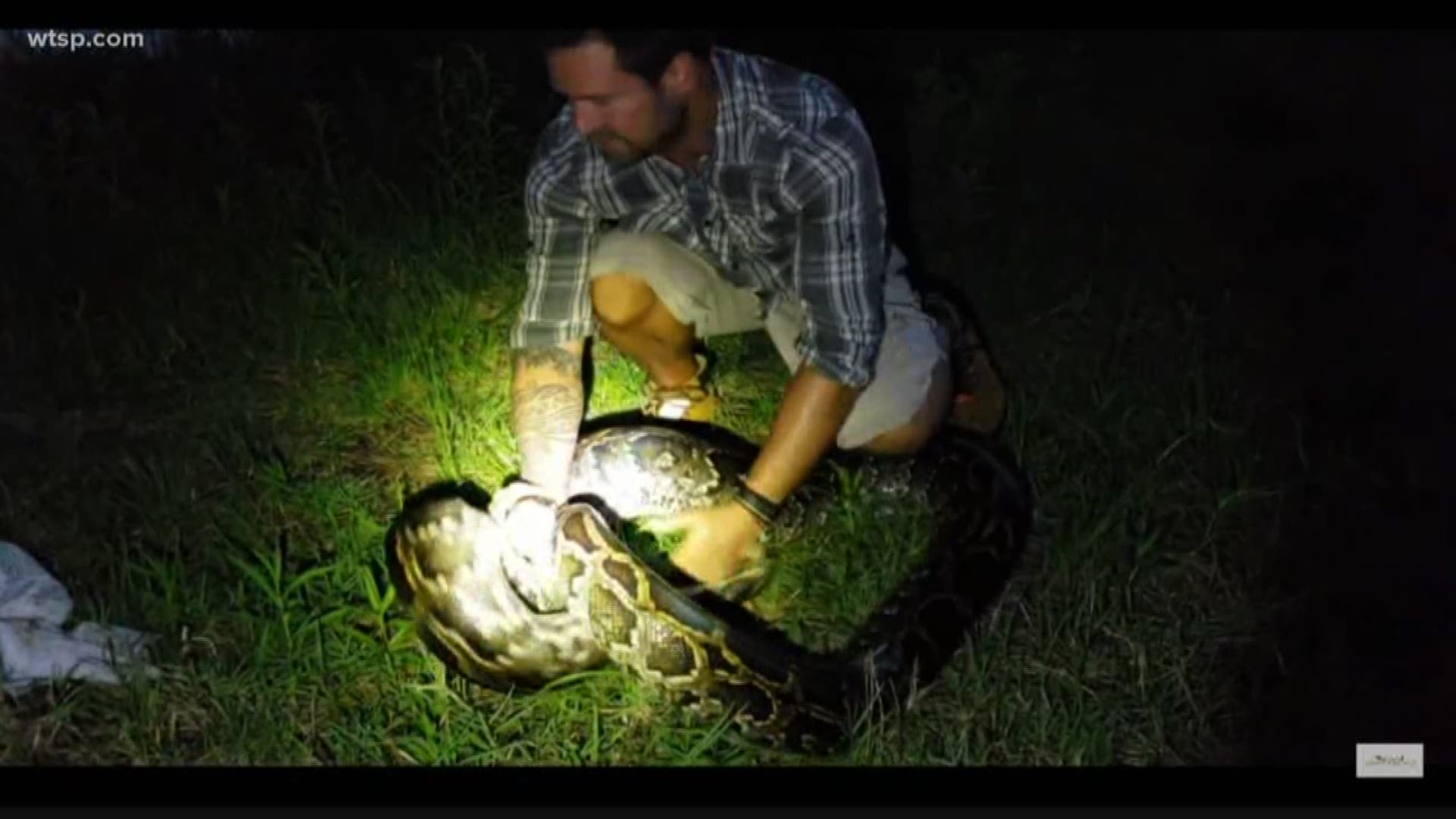