The petition says it's "calling on big bun and big wiener companies to find the answers to this hot dog packaging mismatch, once and for all". 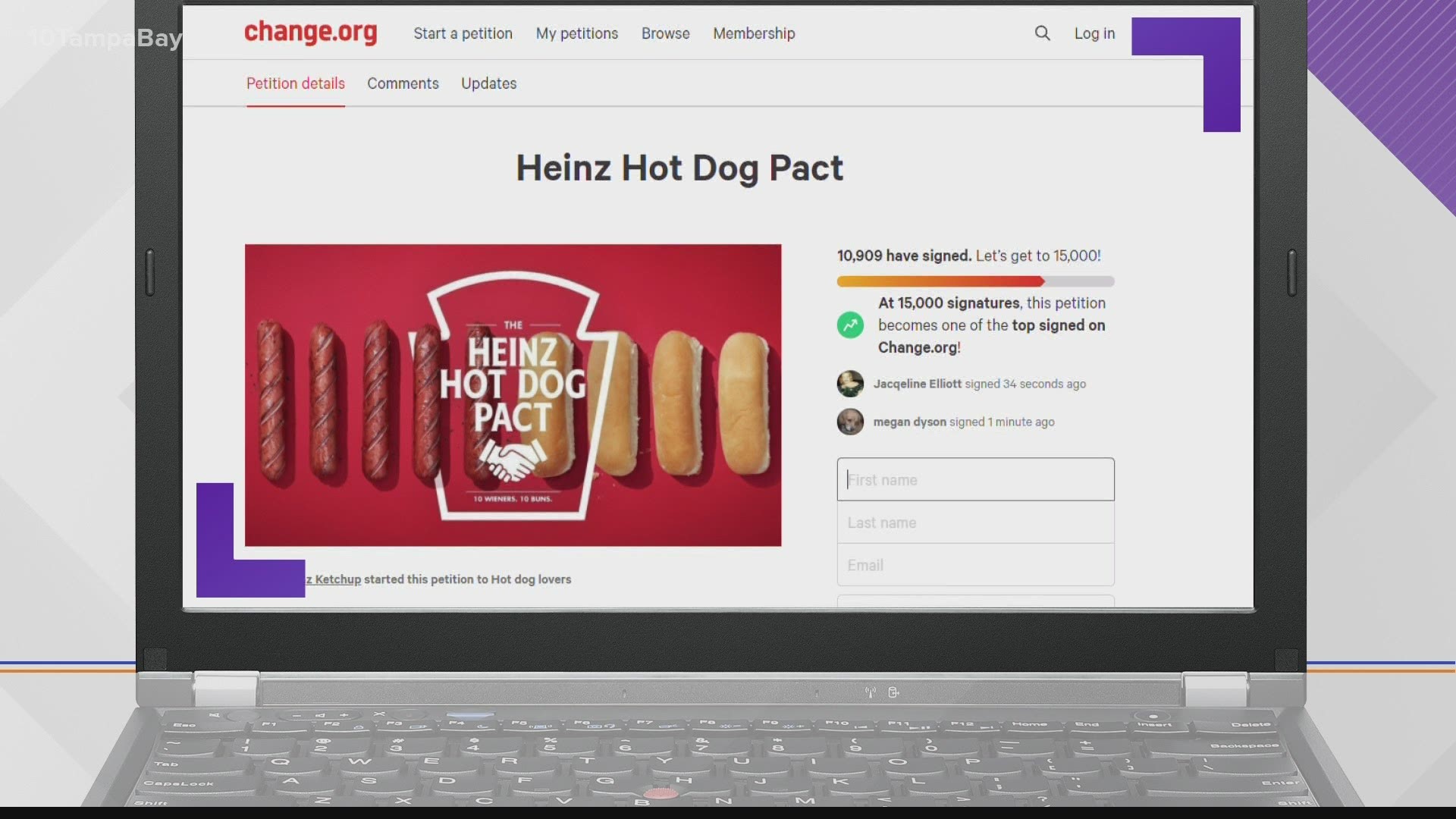 TAMPA, Fla. — Be honest, it's something that's probably happened to you- you're shopping for a cookout at your place and when you go to stock up on hot dogs the number of dogs and buns isn't the same.

Thousands of people are taking action by signing a petition calling for there to be an equal number of buns and dogs sold in every pack.

The petition says it's "calling on big bun and big wiener companies to find the answers to this hot dog packaging mismatch, once and for all".

According to Newsweek, the National Hot Dog Sausage Council has the reason for the numbers.

"When hot dog buns were introduced, hot dogs were sold in varying quantities at the butcher shop. Not until 1940 were hot dogs packaged the way we currently see them in the grocery store. When manufacturers began packaging hot dogs, they chose the 10-to-the-pack formula. Today, hot dogs are sold most often in eight or 10 to the pound packs, but some are sold other quantities as well," the NHDSC told Newsweek.

"Sandwich rolls, or hot dog buns, most often come eight to the pack because the buns are baked in clusters of four in pans designed to hold eight rolls. While baking pans now come in configurations that allow baking ten and even 12 at a time, the eight-roll pan remains the most popular," the council continued to explain to Newsweek. "However, to save you from the bread aisle arithmetic anxiety, you need to purchase five bags of eight-to-the-pack buns and four 10-to-the-pack hot dogs to break even."

The NHDSC said Tampa ranked as one of the top hot dog-consuming cities of  2020.

RELATED: Man thinks he found a bat in a can of Dole pineapples