The outbreak has made 10 people sick across three separate states. 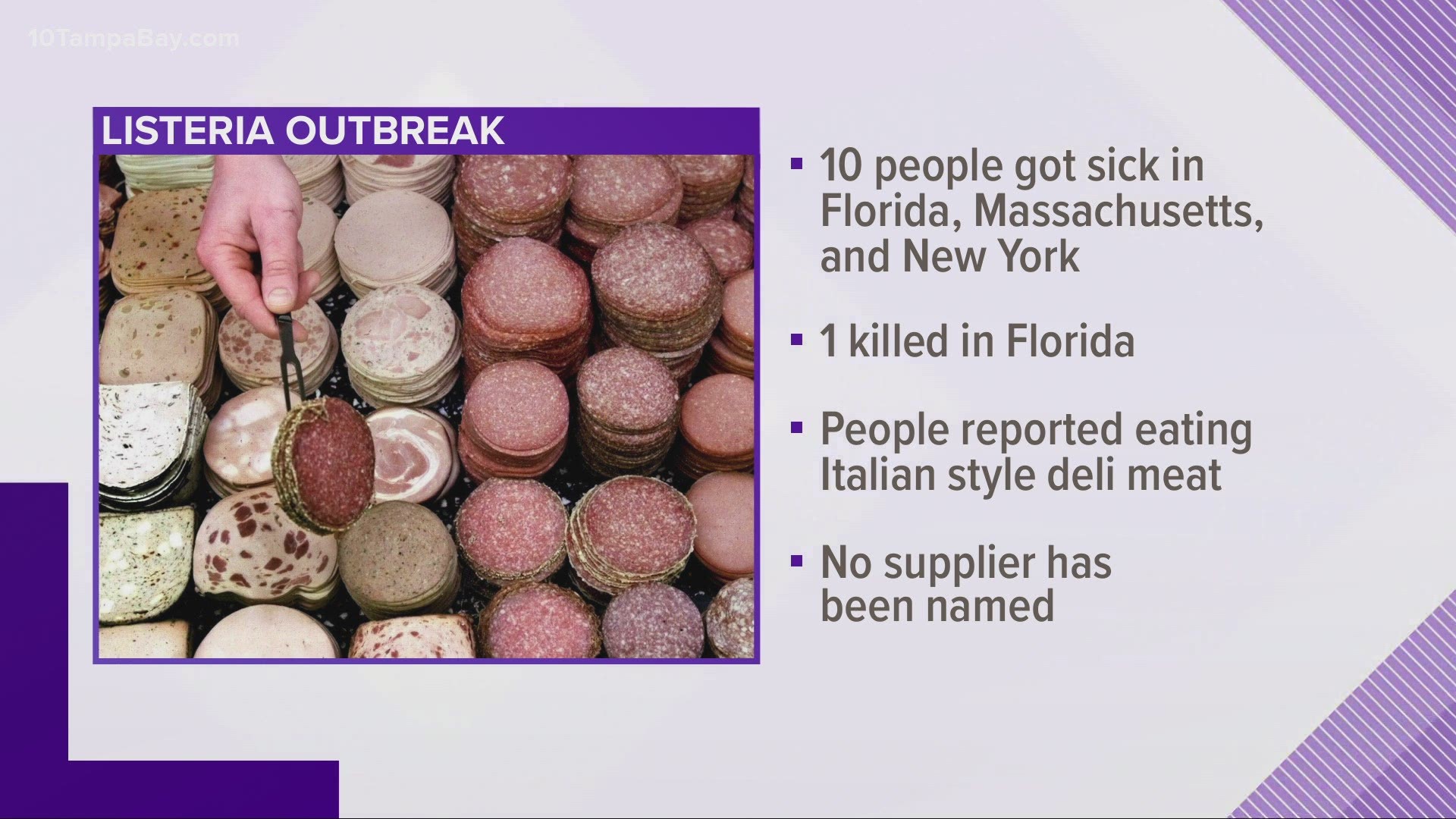 ST. PETERSBURG, Fla. — A listeria outbreak connected to deli meats has killed one person in Florida and made people in two other states sick.

The Centers for Disease Control and Prevention says the 10 people were from Florida, Massachusetts, and New York. Everyone who got sick had to be hospitalized.

After interviews with nine of the 10 people infected, it was found that everyone reported eating Italian style deli meats. Those include salami, mortadella and prosciutto. Those infected say they bought prepackaged deli meats and sliced deli meats from the counter at multiple locations.

While the outbreak is linked to deli meats, a supplier has not yet been named as a source for the outbreak.

Listeria is a serious infection which is caused by the germ Listeria monocytogenes.

According to the CDC, symptoms of listeria include headache, stiff neck, confusion, loss of balance, and convulsions in addition to fever and muscle aches. Pregnant women can also experience fever and flu-like symptoms.

OUTBREAK ALERT: 10 people hospitalized in a Listeria outbreak linked to deli meats. A specific brand/type of deli meat has not yet been identified. If you are at higher risk of getting sick from Listeria, avoid eating deli meat unless heated to 165°F. https://t.co/tWkcYaZmUS pic.twitter.com/IE3siP1wQ3

The CDC says "you are at higher risk for getting sick with Listeria if you are pregnant, ages 65 years or older, or have a weakened immune system. If you are not in these groups, you are unlikely to get sick from Listeria."

If you have eaten deli meats and are experiencing symptoms of listeria, the CDC says you should call your healthcare provider.