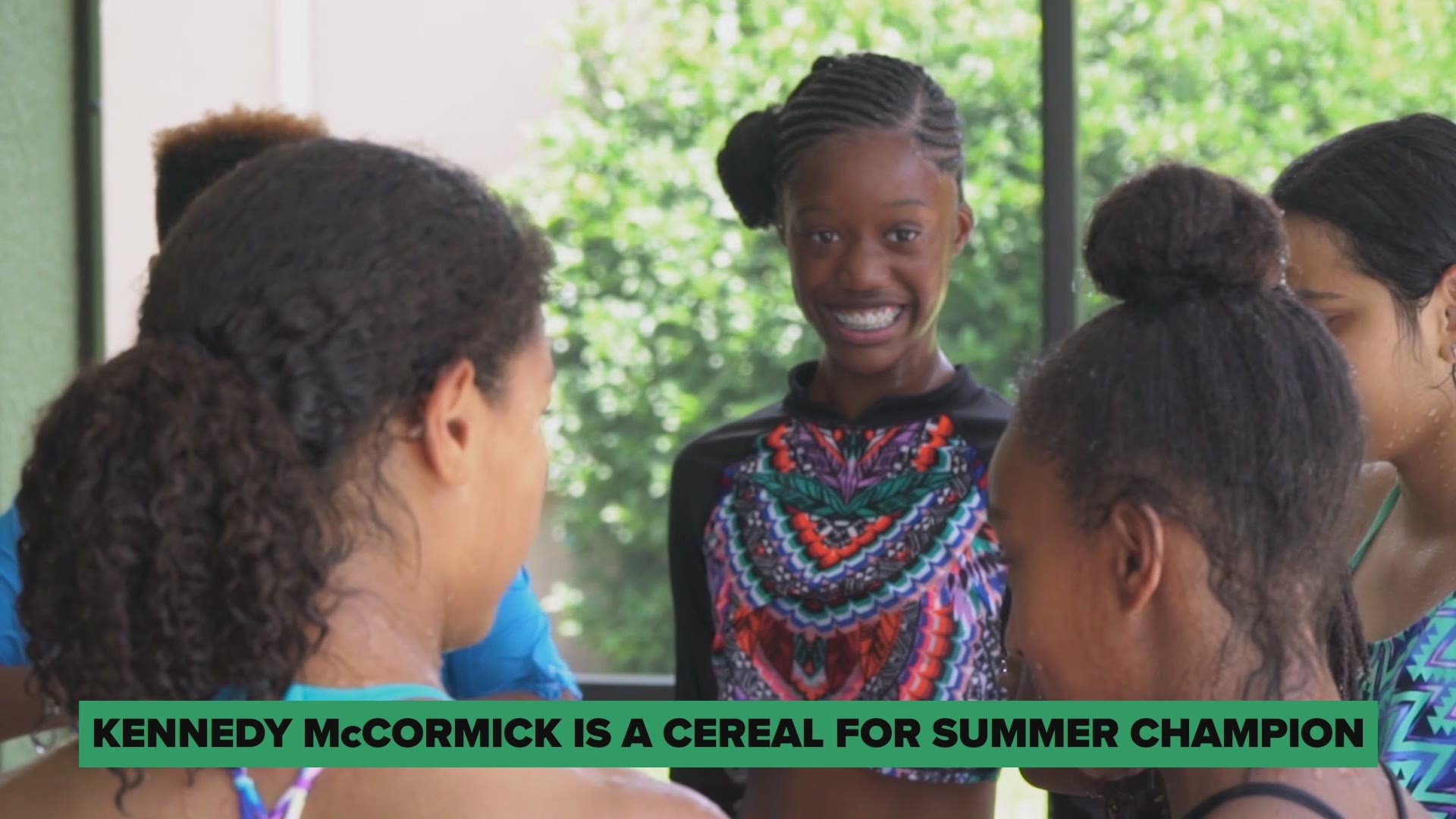 TAMPA, Fla — 14-year-old Kennedy McCormick was brought to the Feeding Tampa Bay warehouse Friday under the impression she might be receiving a “thank you” for all the work she’s done over the years to help feed hungry kids.

But when the teen was greeted by TV crews, a slew of masked Feeding Tampa Bay workers, and several official-looking folks, she was a bit confused.

“I was kind of surprised,” Kennedy said, shaking her head in disbelief. “All of this for me?”

Feeding Tampa Bay, General Mills, and 10 Tampa Bay orchestrated the event to help spread the word that individuals, even children, can make a difference.

For the past five years, McCormick has been a big supporter of 10 Tampa Bay’s Cereal for Summer.

“It’s a great way to help out the community,” she explained. “Even though it doesn’t seem like something big, it really helps a lot of people.”

McCormick collects cereal at school, urges friends to bring boxes to her birthday parties instead of presents, and this year, she even staged an online piano recital to raise money.

“It was a lot of rehearsing, but it turned out great in the end,” she said.

The teen's piano tunes were also music to the ears of Feeding Tampa Bay when she raised and donated more than $3,000 to the food bank.

“We were so inspired by Kennedy,” explained Katie Fialkoff of General Mills’ Tampa office. “She’s such an inspiration on how she’s giving back to our community at such a young age.”

To reward the young, hunger fighters' efforts, General Mills donated 48,000 boxes of Cheerios to Feeding Tampa Bay in McCormick's name. And that donation came with some production value.

To McCormick and her family’s surprise, Feeding Tampa Bay workers started a countdown. “One, two three!” Then warehouse bay doors were raised to reveal stacks and stacks of cereal. And when a semi-truck loaded with Cheerios pulled up too…well, she was stunned. “I didn’t expect anything like this!”

Fouty-eight thousand boxes of cereal will provide 576,000 meals for Bay area families. Kelley Sims of Feeding Tampa Bay says that since COVID-19, the food bank has seen a 400-percent increase in the demand for food.

So, this Cheerios donation does indeed bring some cheer. Sims said, “This donation could not have come at a better time!”