A firefighter for a day: Local boy puts on uniform, takes out fire

Samuel Vilchis-Fajardo was sworn in and joined his crewmates at Tampa Fire Rescue during a water rescue training that included putting out a fire. 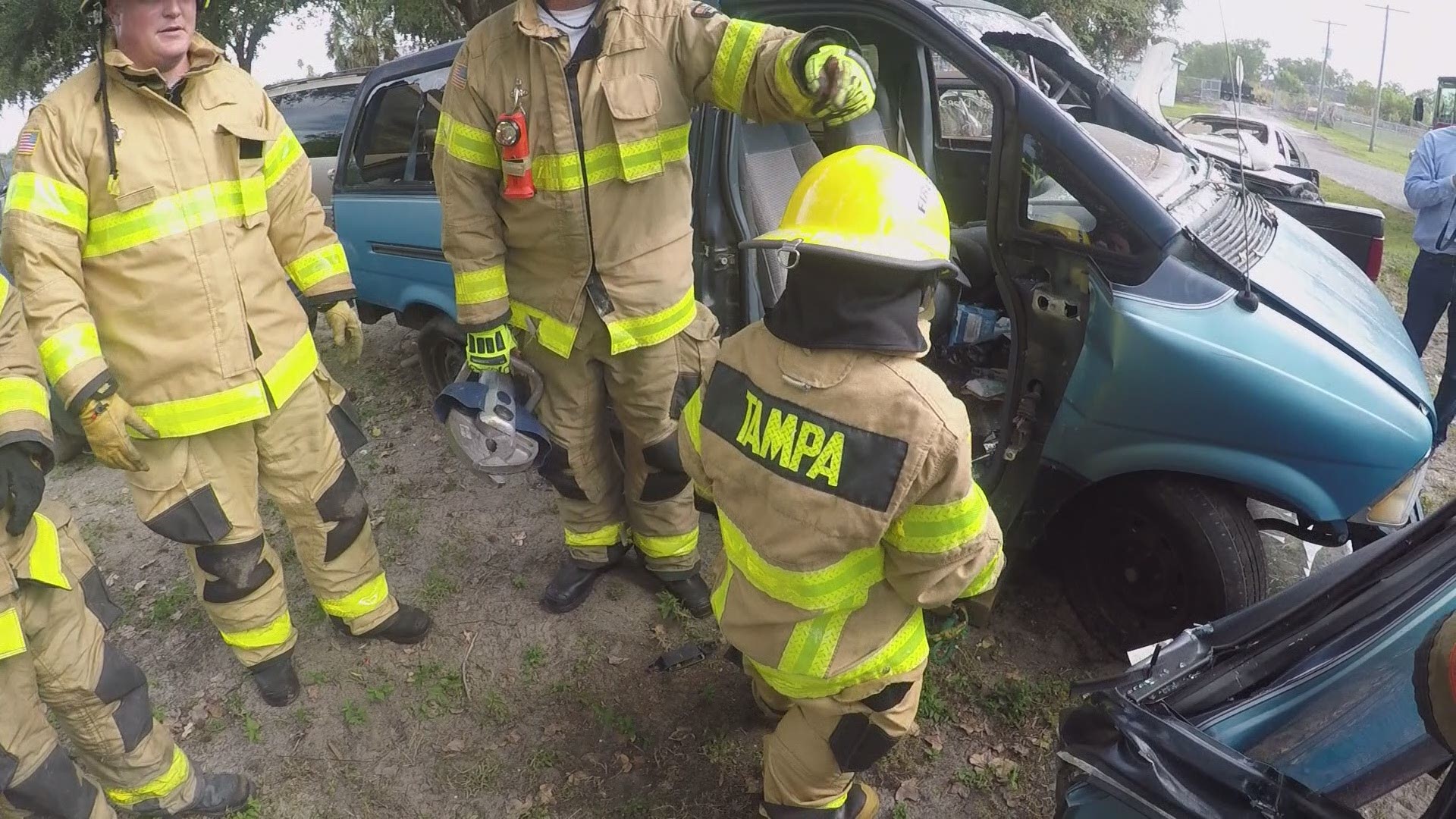 TAMPA, Fla.—A local 11-year-old left his battle with cystic fibrosis behind when he stepped into the uniform of a Tampa firefighter.

Samuel Vilchis-Fajardo’s wish to be a freighter came true with the help of Make-A-Wish Southern Florida.

Samuel was sworn in and became the youngest member of the Tampa Fire Rescue Department.

After Samuel was sworn in, he joined his crewmates at a water rescue training that included putting out a fire.

Cystic Fibrosis is a progressive, genetic disease that limits Samuel’s ability to breathe.