The parents thought they were going to talk about their jobs and had no idea what was coming. 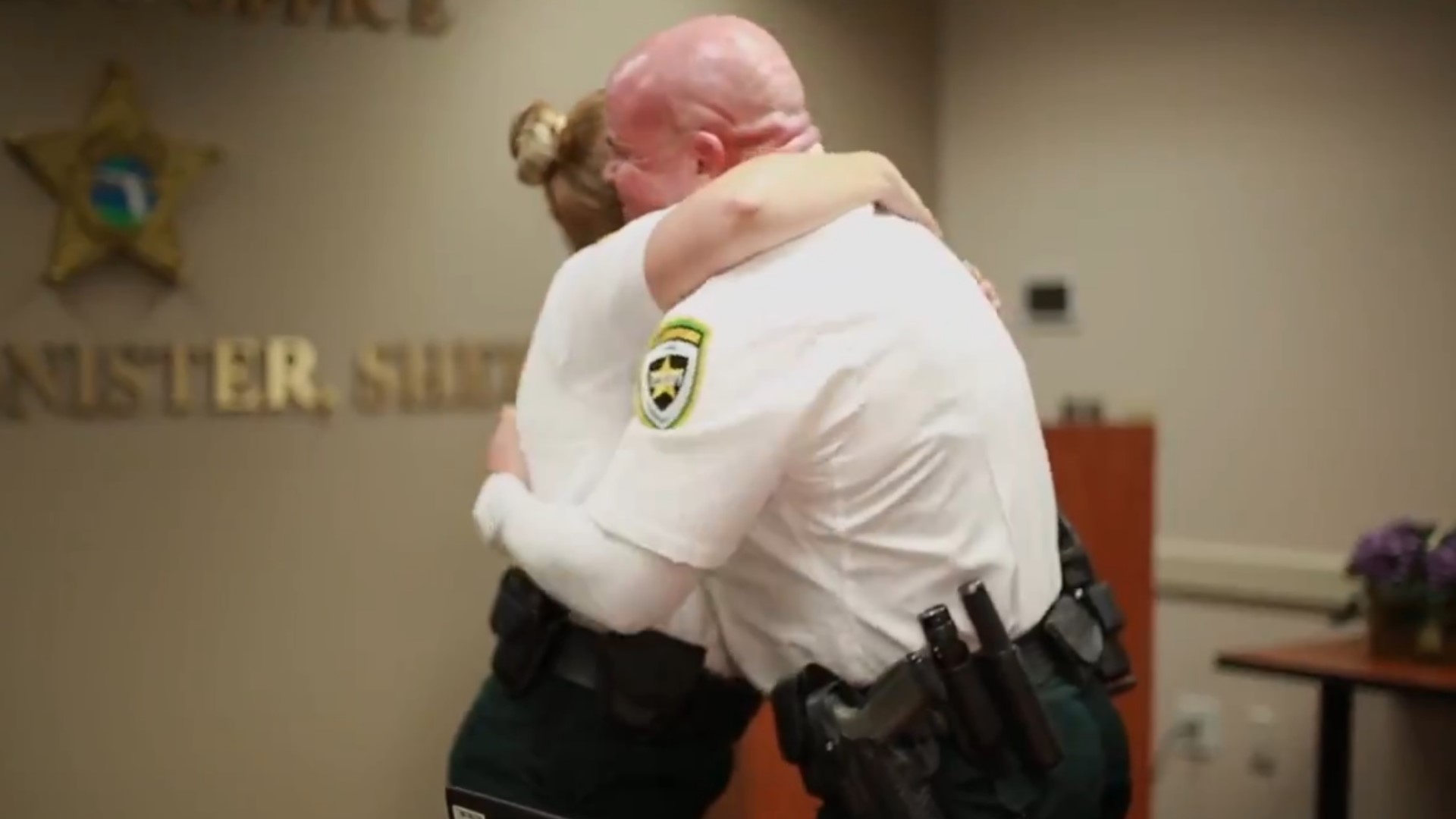 TAMPA, Fla. — Deputies with the Hillsborough County Sheriff's Office would consider themselves a family. But, apparently, some of them are actually part of one -- literally.

The Hillsborough County Sheriff's Office surprised dads on staff with videos of their children who also work for the law enforcement agency. They released footage of the surprises ahead of Father's Day.

The sheriff's office told the fathers they were being called into a room to do an interview about their job. The dads thought the laptop in front of them would show a short clip to help prepare them. Instead, it played videos that brought tears to their eyes.

"I've always looked up to him. I always wanted to be just like him," Deputy Amber Hess can be heard saying as her dad, Deputy Donald Hess, watches his specially-made clip.

Maj. Frank Losat sat in the same seat as he watched his son, Deputy Nick Losat, describe him as someone he has always admired.

"He just inspires me to be a better person," Deputy Losat said of his father.

When the videos end, the children walk into the room and hug their dads.

It seems the sheriff's office truly is one big family.