Kimberly-Clark said in some cases women had to get medical attention to get all the pieces out of their bodies. 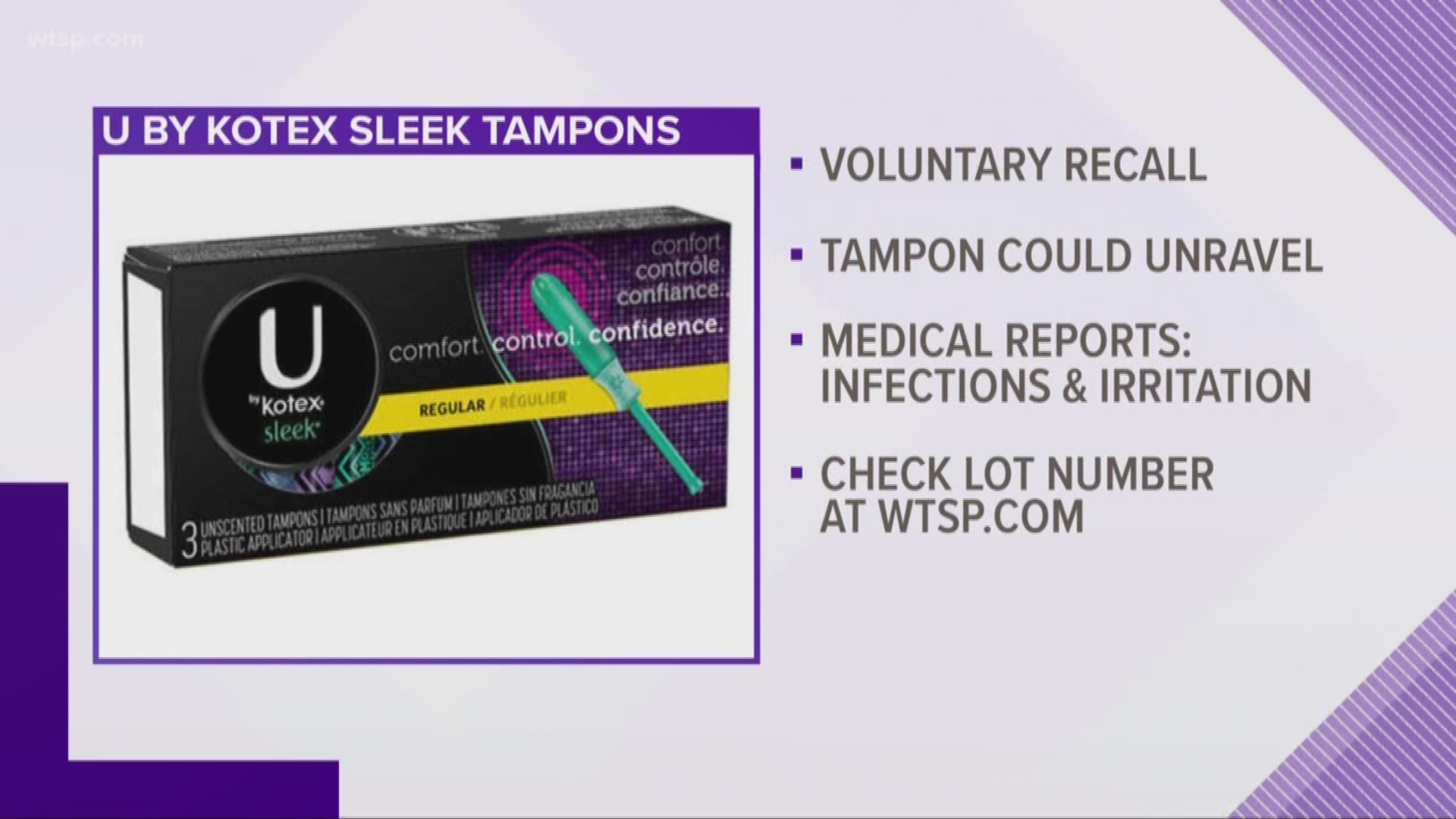 TAMPA, Fla. — Kimberly-Clark is voluntarily recalling its U by Kotex Sleek Tampons, Regular Absorbency, over reports the products are unraveling or coming apart when women try to take them out of their bodies.

In some cases, the problem is so bad that women had to seek medical attention to remove the tampon pieces left inside them, according to a news release. A small number of women have even reported infections, injuries, irritations and other issues in their private areas.

People who bought this product should stop using it immediately and call the Kimberly-Clark's Consumer Service team at 1-888-255-3499. The phone lines are open from 7:30 a.m. to 7:00 p.m. Central Time, Monday through Friday.

The recall didn’t impact any other U by Kotex-branded products.