If you're wondering about the reason behind the change, the city says the pipes are old and it's just time. 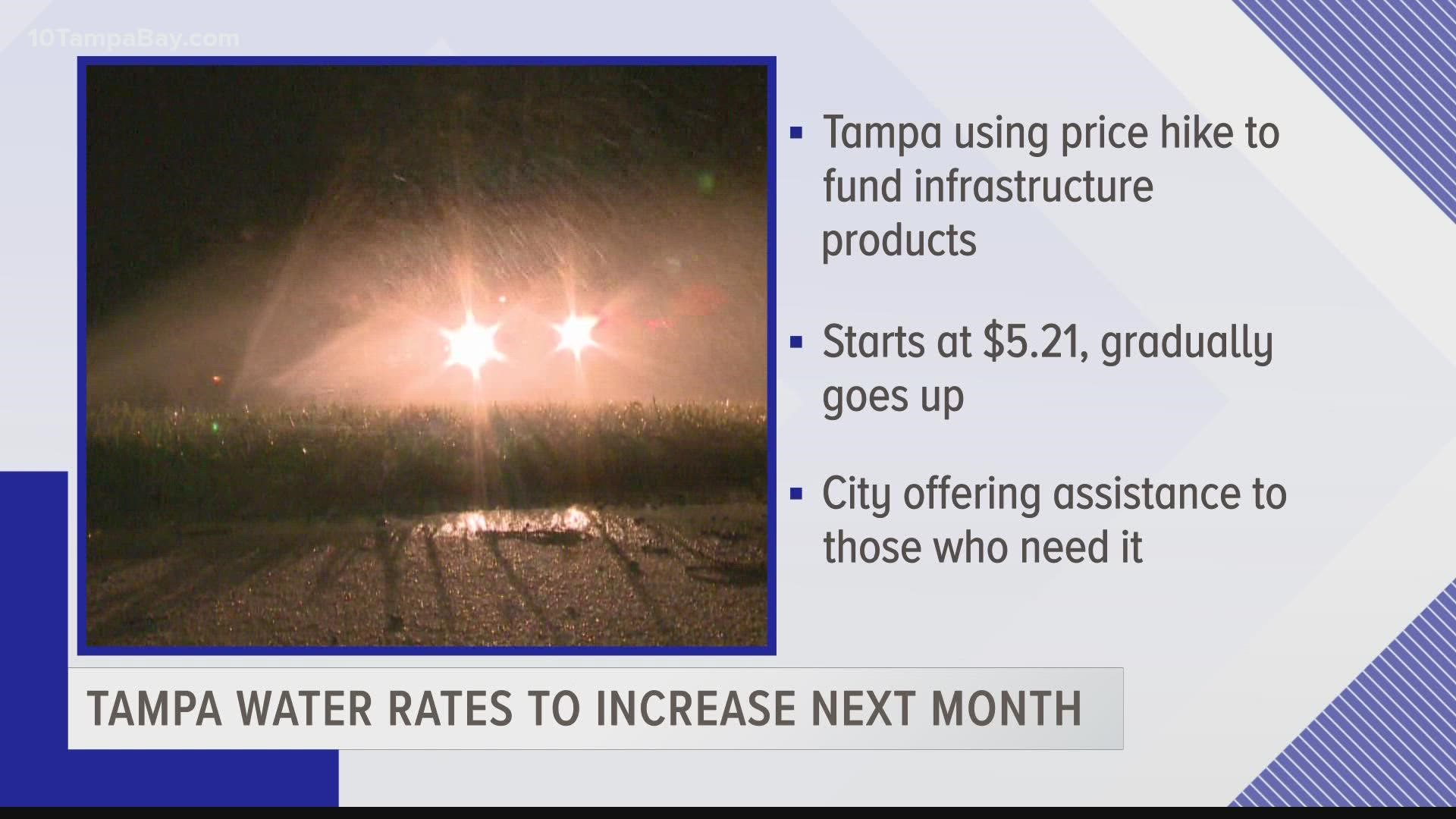 TAMPA, Fla. — Those living within Tampa city limits are about to see an increase in their water bills.

According to the city, the average customer will see an increase in their monthly bill of $5.21 due to PIPES. But the increases don't stop there. The city adds that the new rates will go into effect on Oct. 1 and "to fund these projects" will gradually increase until Oct. 2040.

Tampa will also be adding base charges to "cover fixed costs during times of low water usage." Those will be as follows:

If you're wondering about the reason behind the change, the city says the pipes are old and it's just time.

"Most of the pipe installed in the 1940s through the 1960s was cast iron pipe. The pipe has a lifespan of 80 to 100 years. A large replacement program was not needed until now," the PIPES website reads.

Plus, going a wait-and-see route could cost the city more money and create more headaches for residents and visitors alike.

"The annual cost to repair broken pipes has reached $20 million. If we do not replace the pipe that has reached the end of its useful life, these reactive costs will continue to grow and we will not be able to provide reliable water and wastewater services. Traffic delays and congestion will continue to get worse due to main breaks and cave-ins," the PIPES website reads.

Anyone who may be in need of assistance with the rate increase can seek relief through the city's Customer Assistance Program. Applicants, who are approved and meet several qualifying markers, will be able to have their base charges waived, receive a free water conservation audit and get complimentary water-conserving devices.

You can apply for assistance here or by calling the City of Tampa's Utilities PIPES hotline at 813-274-8266.