As many as 165,000 egg-laying hens are believed to be dead, though the exact numbers are still unclear. 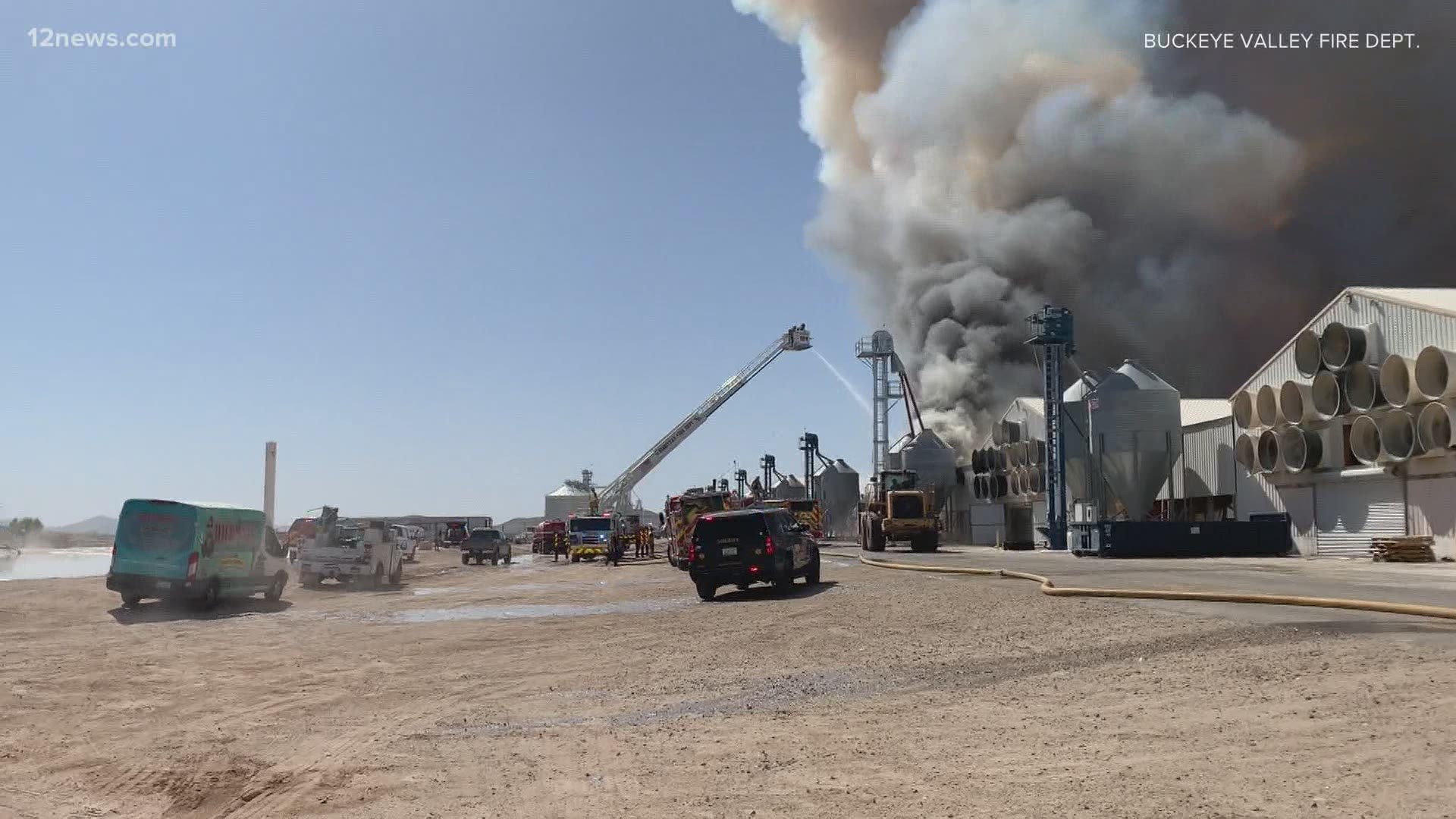 BUCKEYE, Ariz. — A fire at the Hickman Egg Farm burned two barns and more than 100,000 live chickens on Saturday afternoon.

The Maricopa County Sheriff's Office and the Buckeye Valley Fire Department responded to the area and contained the fire, officials said.

The fire was initially consuming two large warehouses holding live chickens and was moving onto a third when fire personnel arrived, officials said.

A total of 166,000 live chickens were killed in the fire, officials said.

One adult patient was transported to Abrazo West Hospital and is reported to be in stable condition, according to officials.

The cause of the fire is still under investigation and the extent of damage is still being determined. Officials do not currently believe that foul play had a role.

MCSO said on Monday that arson detectives responded to the scene the day of the fire and are still investigating. No further information has been released.

This is a developing story. 12 News will update as more information is provided.