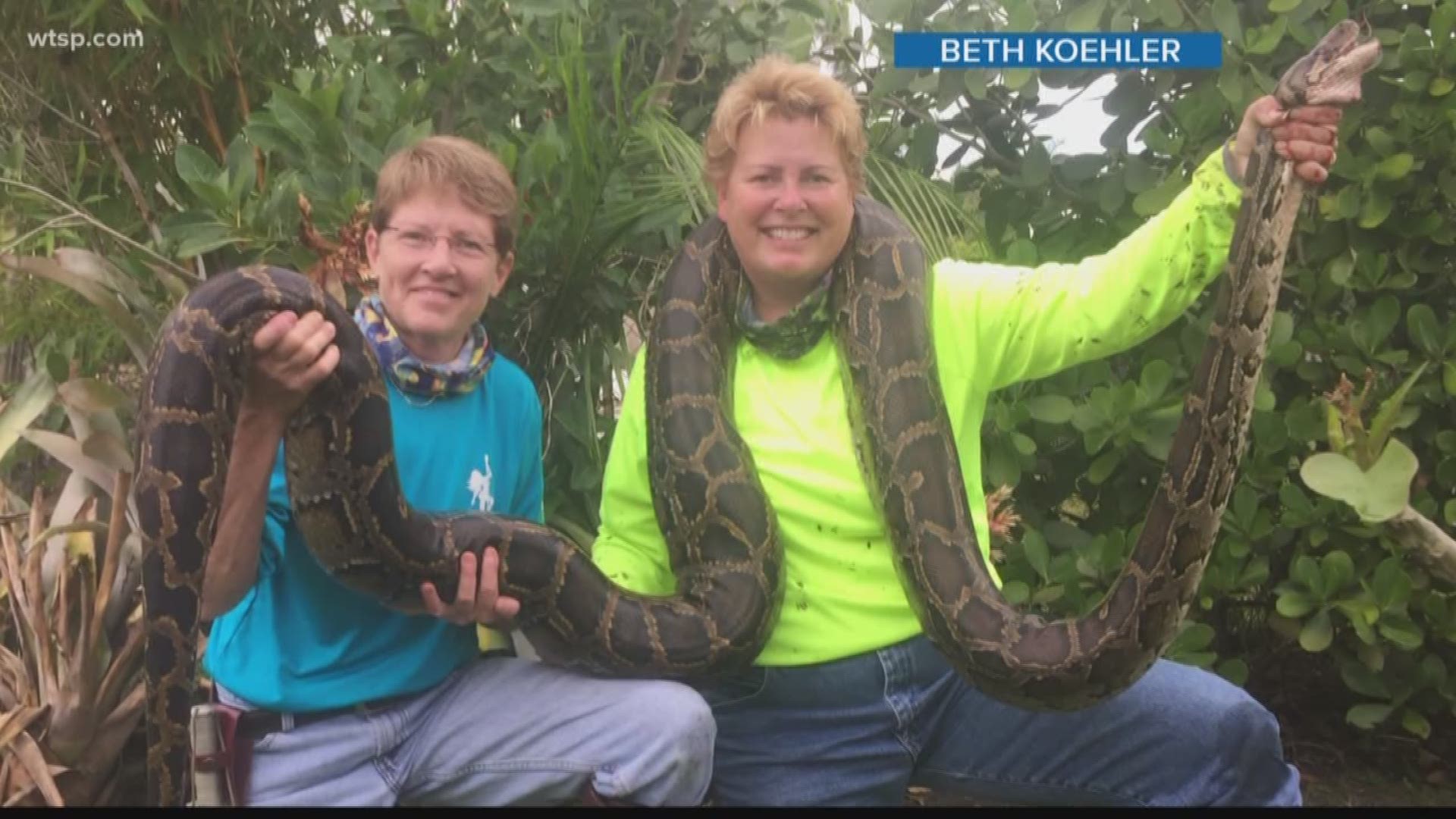 Peggy Van Gorder and Beth Koehler have lost count of how many snakes they've caught, but they'll never forget the one they caught long before the sun came up Tuesday morning.

The 9-foot, 10-inch female snake was the 500th python caught as part of the Python Action Team. It weighed about 20 pounds.

The Florida Fish and Wildlife Conservation Commission started the Python Action Team in 2017. It's made up of a rare breed of trappers dedicated to getting rid of invasive pythons in the Everglades.

“It's hours of boredom with a half hour of adrenaline in between,” Van Gorder explained.

Van Gorder and Koehler been on the prowl for Pythons since 2016.

“Most of our communication is not like we say, 'you go that way…’ It just naturally happens,” Koehler said.

That's what three decades as a couple will do. The couple gets to keep some of the snakes. They make belts, wallets, dog collars, cell phone covers and other products out of them.

When they're not busy doing that or catching the pythons, you can catch them at their day job grooming dogs.

“What's the common thread there? Animals that might bite you,” Van Gorder joked. “In both jobs, I do my best to not get bit.”

“Thanks to the hard-working men and women of the Florida Fish and Wildlife Conservation Commission, hundreds of invasive Burmese pythons have been removed from the Everglades and our ecosystem,” Gov. DeSantis said.

The python population has been growing faster than hunters can catch the snakes. According to CBS News, a single female can lay up to 100 eggs per year and may live for more than 15 years. Tens of thousands of Burmese pythons reportedly inhabit the Everglades.

Florida's python problem was caused by multiple factors, including the release of pythons by pet owners who struggled to care for the massive predators and pythons that got loose from a breeding facility during Hurricane Andrew.