It was thought to be an impossible situation after a puppy gets tetanus. “It's about 30 to 50% survival rate with really intensive care." 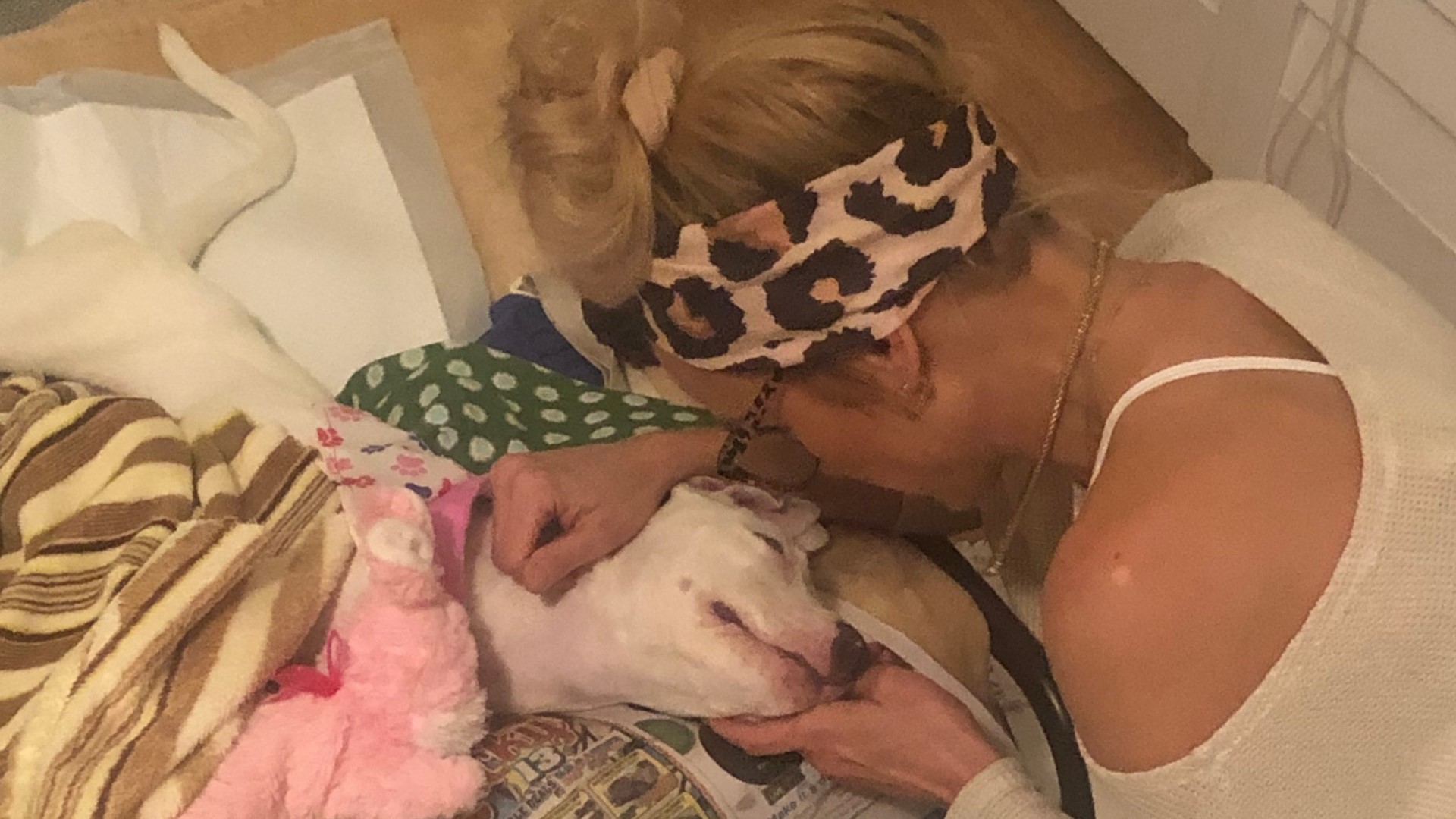 BRADENTON, Fla. — Ali Thompson, a Bradenton veterinarian, was already having a tough day when a 13-week-old Pitbull was brought into her emergency room.

“One of the receptionists rushed a really lifeless, at that time very small puppy, to the back and immediately placed her on the treatment table,” Thompson said. “Just looking at her on the table there, the very first thing that popped into my head was this is tetanus.”

It was a rare sight to see, so immediately Thompson became very concerned.

"I think a lot of people don't realize that [dog can get tetanus] but dogs, being animals, are very similar to humans in a lot of ways in terms of their susceptibility to diseases,” Thompson said. “It's a very rare disease for humans to get but it's even more rare for dogs."

Thompson says this puppy had a severe form of it.

“She was affected from nose to tail and so every single part of her body was in a really bad state from it,” said Thompson.

And the chances of survival were low.

“It's about 30 to 50 percent survival rate with really intensive care."

The treatment would be expensive. It was something the dog's owner could not afford.

That’s when Thompson stepped in; taking the Pitbull she named "Bunny" home with her.

“I believe that my oath is being an advocate for the animals and so I really want to do that,” Thompson expressed.

She was determined to give Bunny a fighting chance.

“If I see a young animal that has even a glimmer of hope I want to try to offer that to them,” Thompson said. “I’m actually a pediatric cancer survivor myself and so I think in some ways I kind of see myself in them, having been given a poor prognosis at a very early age, so I think it kind of came full circle for me.”

With the help of her husband Matt, they gave Bunny around the clock care.

“I am very very grateful to my husband who ended up being my sidekick in all of this and really helped with her a ton,” Thompson said.

But even with the support system, the recovery process was not easy.

“It really was excruciatingly to work-through and to watch because I was giving her the maximum dosage at the maximum frequency that I could because she was so severe,” Thompson said. “It would really be like physically picking up a piece of wooden furniture. That’s the only thing I can equate it to.”

For two and a half weeks she had to be in a dark and quite environment.

“Because of the way that the disease works it’s a neurotoxin and any type of stimulation can worsen their muscle spasms, their seizures,” Thompson said. “I actually kept a little sleeping mask on her.”

Thompson gave her therapy, massaging her stiff muscles and trying to activate her range of motion again.

It took three weeks, then they say a miracle happened.

"On day 21 to be exact, not like I was counting,” Thompson joked. “I pulled into my driveway and my husband had her out in the grass and as soon as I pulled into the driveway, I opened up my car door and he put her down and she just took off after me!”

“And I, for the first time in that entire journey with her let myself cry, but it was a really good one,” Thompson said. “It was such a wonderful surprise to come home to. It was pretty special.”

A special surprise and an unexpected future. It wasn’t the plan, but Bunny is now the newest member of the family.

“I think we are the lucky ones having her here now,” Thompson said. “She might just be the happiest, the most joyful, most grateful little thing I’ve ever encountered. She’s like a little piece of Velcro, she always wants to be with you.”

Bunny is popular among the kids in Thompson’s neighborhood and a natural fit in their family.

“In some ways I think her story and her narrative can really teach us all something, even as human,’ Thompson said. “I think it’s a good story for us all about overcoming, finding that second wind and pushing through the difficult times because more often than not there’s light at the end of the tunnel.”

WARNING SIGNS TO LOOK FOR INVOLVING TETANUS IN DOGS:

Tetanus can stay in the system for up to almost two weeks or more before they start to show clinical signs and often times it’s hard to pinpoint what the inciting or initial inoculation of the bacteria was.

“In these cases, you know puppies can swallow something outside or bite on an old crate and we wouldn’t think anything about it but the initial signs would be any type of weakening,” Thompson said. “So if they are starting to show signs, things like where they used to be able to do something and now they suddenly can’t do that activity.”

Thompson says muscular skeletal weakness would probably be the very first initial sign. If you notice that in your dog, she recommends you take him/her to the veterinarian.

Although very rare, Thompson says if it does happen, it’s usually in puppies.

“We do find that in the very rare cases where dogs contract it, puppies are more susceptible and it may just be because those are the ones that are getting into things that they shouldn’t be,” Thompson said.