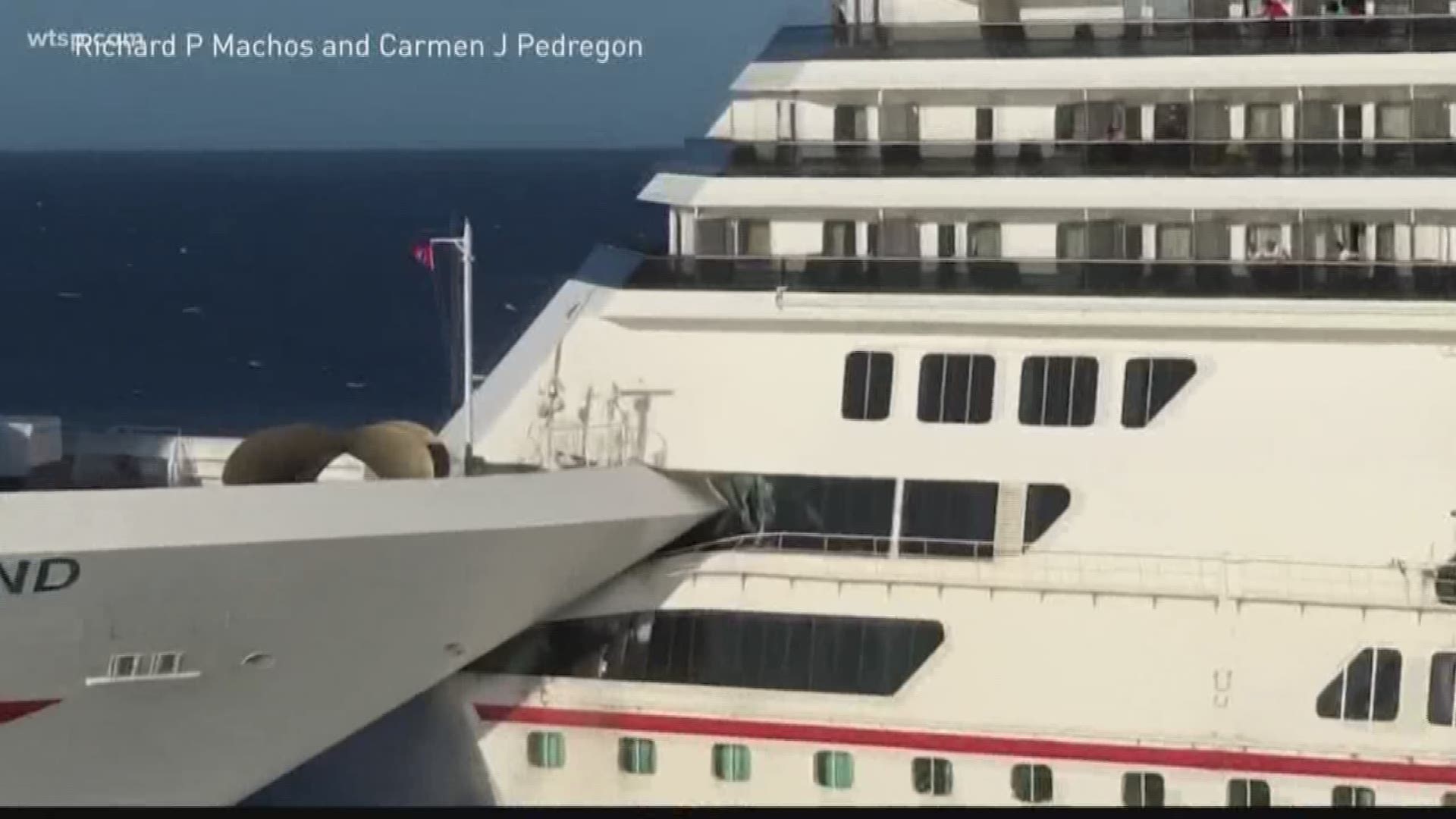 The cruise line is assessing damage to both the Carnival Legend and the Carnival Glory. Videos posted to social media showed the Glory crashing into the Legend as it tried to dock.

Carnival Legend is based out of Tampa, Fla., and Carnival Glory sails from New Orleans. The Legend is scheduled to return to Tampa at 8 a.m. Sunday.

The company said there has been one minor injury reported from a Glory guest -- hurt while they were being evacuated from the dining room. Carnival said it doesn't expect any disruptions to either ships' planned itineraries.

The cruise line said the damage will not impact the next planned cruise for either ship. The next cruise for the Carnival Legend is an 8-day cruise sailing from Tampa Jan. 25, 2020.

The cruise line also tweeted at a guest that the next cruise for both ships would not be impacted by the crash. They said guests will be updated with information as soon as they knew more. 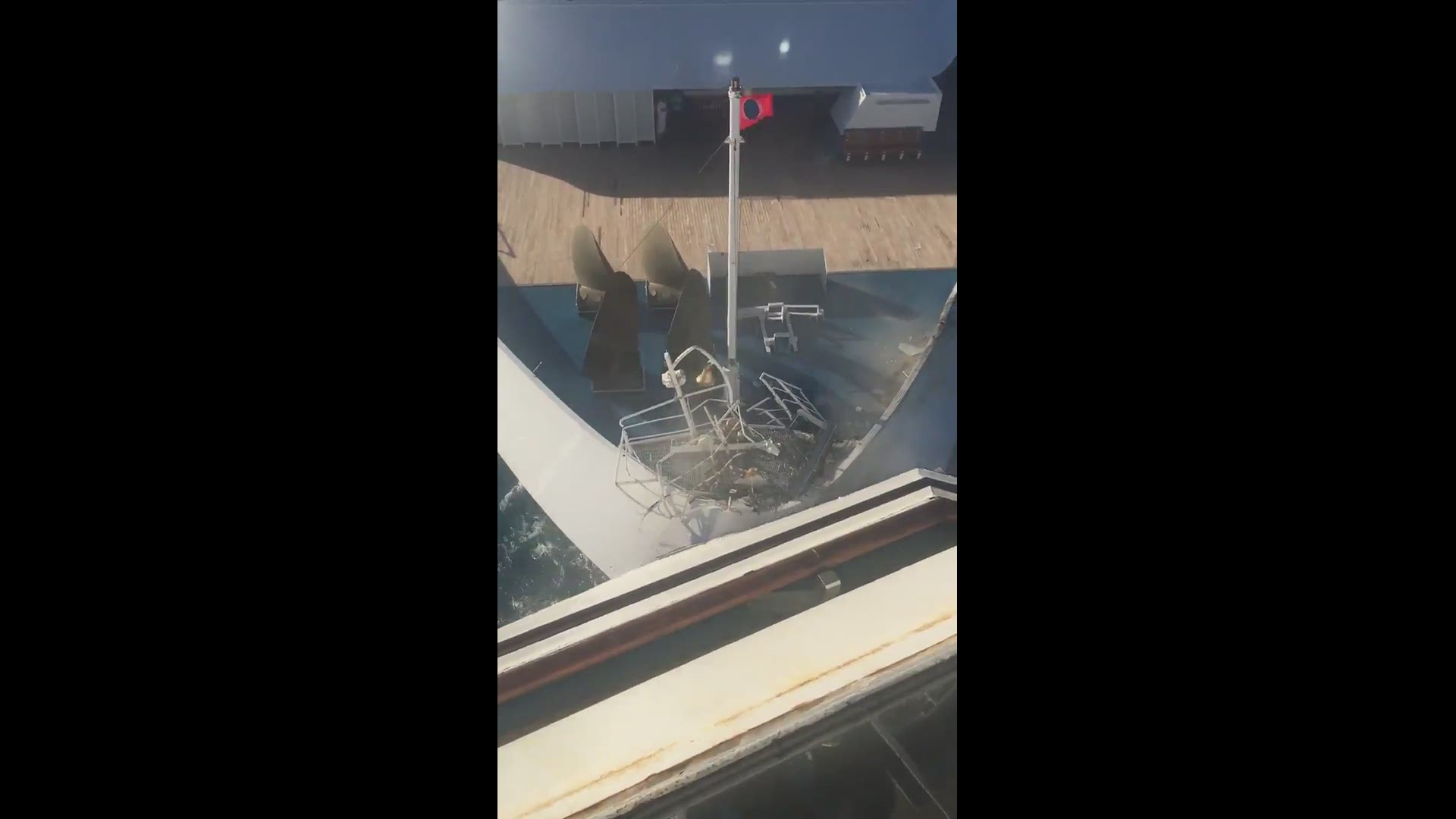 Carnival also replied to more than a dozen people on Twitter, saying "there are no issues that impact the seaworthiness of either ship." The cruise line also advised passengers from both ships to spend the day ashore in Cozumel.