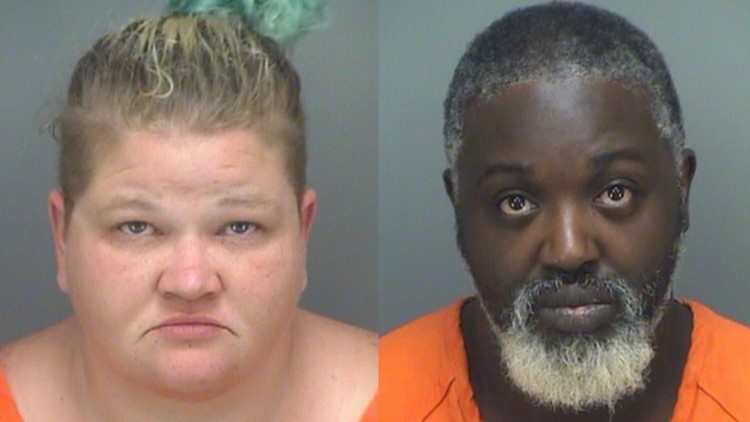 Largo boy found sleeping outside, couple accused of beating him

LARGO, Florida — A Largo couple was arrested Monday after a child was found sleeping outside of an Aldi in the middle of the night on Oct. 21. He told police he was afraid to go home because he didn't want to get hit anymore.

According to a Largo police arrest affidavit, the boy told officers that Melanie Anne Fulton Brown, or Melanie Guy, depending on whether you're reading the affidavit or the court records because she goes by different names, would regularly wake him up between 1 a.m. and 3 a.m. on school nights and make him clean the house. When he would fall asleep, the affidavit claims the boy told police Melanie would make him run in place for 15-minute intervals and would beat him with a plastic back scratcher.

Arrest affidavits for Melanie's husband, Larry Brown, claim he participated in the alleged abuse by beating the boy with a leather belt and by withholding food.

The boy was taken to the hospital where investigators say staff noted he was in the 10th percentile for height and weight for a child his age, which is 13-years-old.

The police report said hospital staff also found several bruises, welts, and marks on the boy's back and legs.

During the investigation of the Browns' home, police say they found the refrigerator and freezer had padlocks on them. Brown told police that was to keep the boy from eating all of the food, according to the arrest report. Authorities say there was also a locked cabinet where they kept food specifically for the boy; and when Brown opened it to show police, multiple bugs crawled out, according to law enforcement.

The affidavit said when the child was allowed to sleep that he "slept with 1,000 cockroaches and dog feces throughout the home."

According to the affidavit, Melanie admitted to the police that she beat the boy because she was "not cleaning as she requested."

The couple is charged with child abuse and child neglect.