These are the people arrested by the Polk County Sheriff's Office. 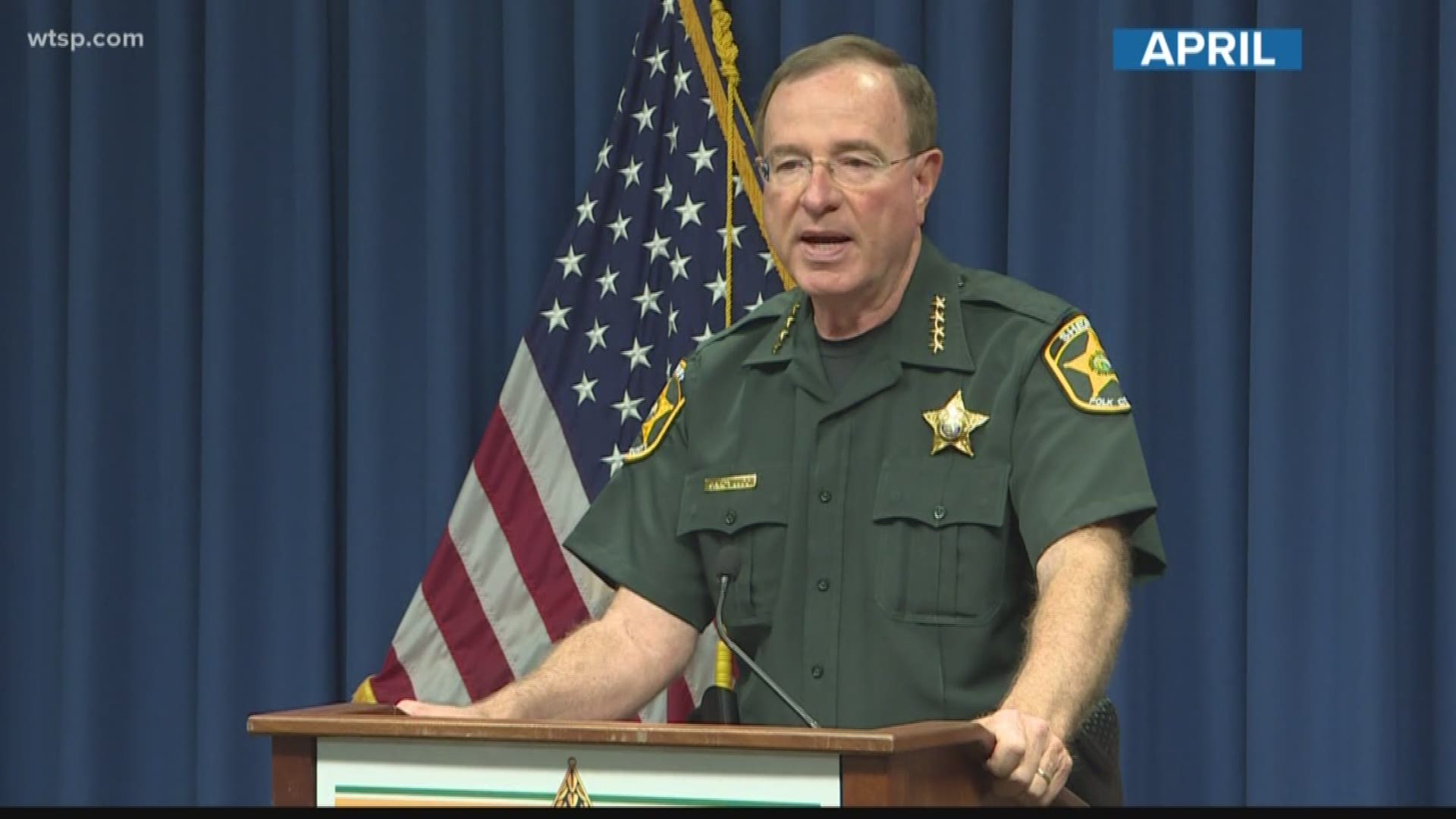 WINTER HAVEN, Fla. — The Polk County Sheriff's Office has arrested 17 men, some of whom are accused of contacting kids or soliciting sexually explicit photos of children.

"The people arrested during this operation prey on the most innocent and vulnerable among us -- our children," Sheriff Grady Judd said. "The undercover detectives who investigate these crimes have to see things that nobody should have to see, and no child should have to experience. Each one of these arrests has removed a predator from our streets, and the internet."

The sheriff held a news conference at 10 a.m. Friday.

Judd's office also conducted another recent investigation aimed at making sure convicted sex offenders and sex predators were compliant with state law ahead of Halloween. During that separate operation, 14 men who were previously convicted were arrested again.

"Our detectives work hard year-round to keep track of convicted sex offenders and predators who reside here," Judd said. "We also monitor whether or not they remain compliant with the law. We know our citizens are concerned about predators and offenders being around children during events such as Halloween, so every year we conduct initiatives like this one. These suspects learned the hard way that we take every one of the requirements seriously, and failure to comply will result in an arrest."

These are the people who were arrested:

Polk County deputies say 76-year-old William Hage had hundreds of pictures and videos of children -- one as young as 8 months old. He was the assistant principal at Seth McKeel Middle school years ago.

Bryan Murray, 54, is accused of sending nude pictures of himself to a teenaged girl and offering to be her "sugar daddy."

Dominic Bernardi, 19, is accused of sending nude pictures of himself to a 13-year-old girl on Snapchat, according to the sheriff's office.

Deputies say 20-year-old Christopher Drennen gave his laptop to a friend and asked her on a note to delete files named "naked pics of kids and other **** like that."

Michael Arambulo, 34, is accused of sending and receiving sexually explicit videos of young boys -- some as young as 5 years old. He told detectives he was a registered nurse.

According to the sheriff's office, 33-year-old Camillo Demaria uploaded several pictures and videos of children. Deputies say he was convicted in Winter Haven in 2012.

Felix Rocha, Jr., 27, is accused of exchanging Facebook messages with another user of two young boys involved in bestiality.

Deputies say 52-year-old Donald Durr, Jr. described himself as "a pervert, but not a monster." Investigators say he had images of girls as young as 5 years old engaging in lewd acts with a man on his tablet.

Charles Mabry, Jr., 37, is accused of trading child pornography on a peer-to-peer network.

Deputies say 77-year-old Mack Witherington was arrested after an anonymous CrimeStoppers tip. Fifteen images were allegedly found on his computer. Investigators say one of them showed a 2-year-old girl with a man.

Mark Ott, 49, is accused of advertising child pornography available for download. Deputies say some of the images included children as young as 3 months old.

Rodney Montgomery, 51, is accused of uploading more than 50 images of young children. He was arrested during an undercover operation in Pinellas County in 2014 and was released from prison in 2017.

Jacob Jackson, 31, is accused of asking a 13-year-old girl for nude photos on Facebook Messenger. Deputies say he also tried to video chat with her.