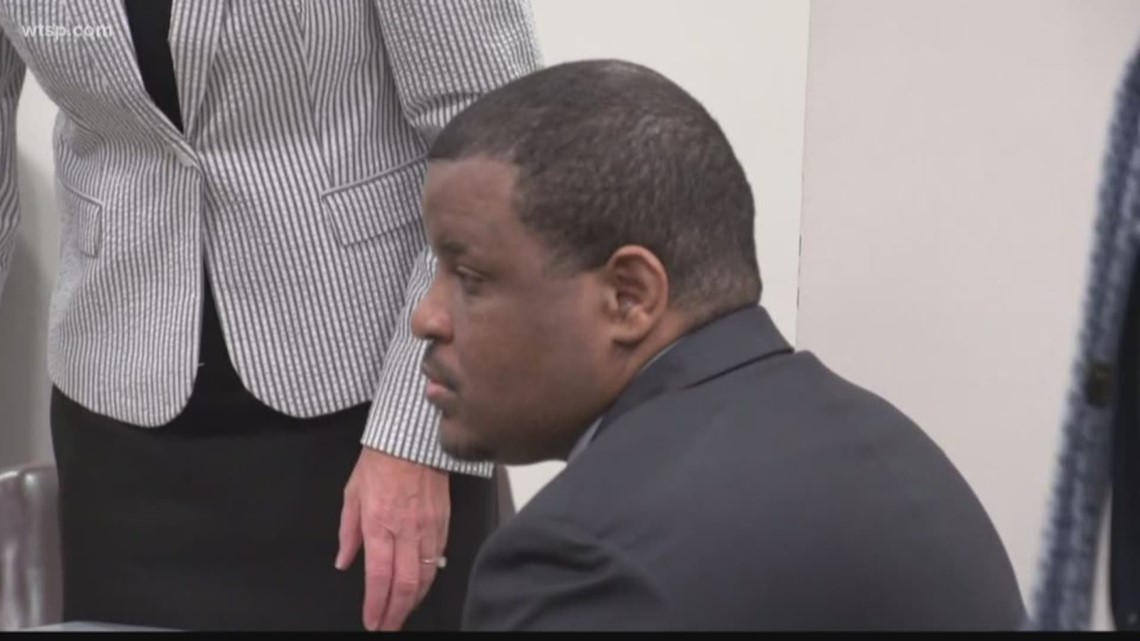 TAMPA, Fla. — There was no shortage of disturbing testimony Monday in the murder trial of Granville Ritchie, the man accused of sexually assaulting and murdering nine-year-old Felecia Williams in May 2014.

Prosecutors called detectives to the stand to show the jury what they say was the last place nine-year-old Felicia Williams ever saw. Photos that were taken inside of the Temple Terrace apartment where Granville Ritchie was staying.

Also, prosecutors published pictures of Ritchie’s car, which showed scratch marks and sand that prosecutors say came from thick mangroves along the Courtney Campbell causeway where Felecia‘s body was found.

But the key witness Monday was Eboni Wiley, the woman who was supposed to be taking care of Felicia the day she disappeared.

Wiley says she left Williams alone with Ritchie even though she’d only met him a few days earlier because he made her feel comfortable. She says she left the little girl at Ritchie’s apartment to go buy some marijuana.

When she came back, Wiley says she found Ritchie shirtless and told her Felecia had gone on her own to a nearby drugstore for candy.

Wiley says the two then concocted a lie, saying Wiley and Ritchie’s mother were in the apartment, not him, and that the little girl wandered off while Wiley was in the shower.

“Why did he tell you to let them know there’s a woman in the house?” asked prosecutors.

“Because I won’t be viewed as a bad godmother - that I left her with him - and he was unresponsible and letting her go to the store,” said Wiley.

In her often-disturbing testimony, Wiley also admitted she took drugs and had sex with Ritchie the same night Felecia went missing.

The next day, when Felecia still had not come home, she says she confronted Ritchie asking him if he had anything to do with it.

The defense is exepcted to cross-examine Wiley Tuesday.

Wiley faces charges of her own for lying to police.

If Ritchie is convicted, prosecutors plan to seek the death penalty.