'This poor guy baked in that car': Employee accused of leaving man with disabilities in van to die 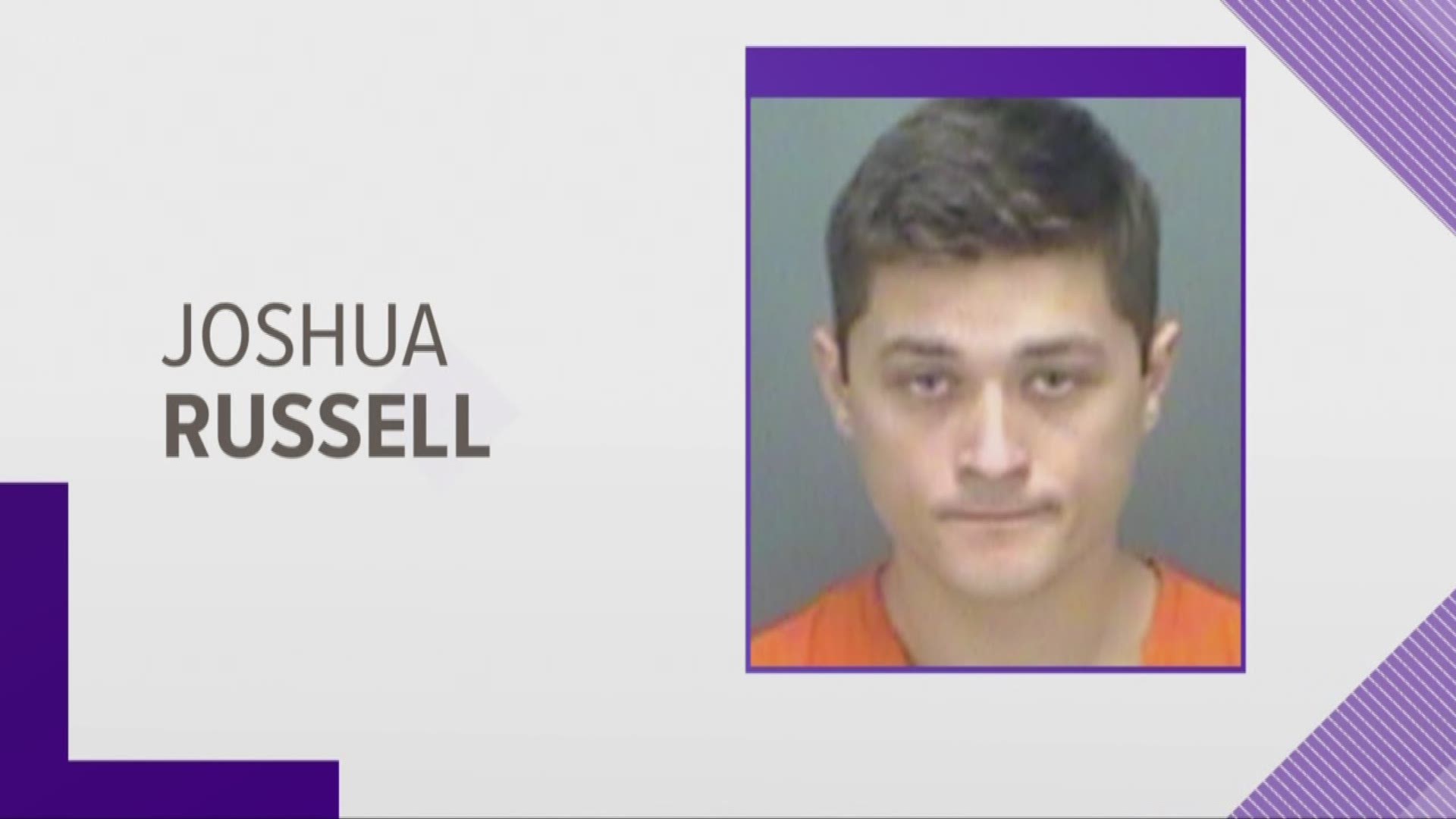 PINELLAS COUNTY, Fla. — A man with Down Syndrome who could not care for himself was left to die in a van, Pinellas County Sheriff Bob Gualtieri announced Friday.

The sheriff said the incident happened on May 9 after Joshua Russell, 26, an employee of the Crossroads Group Home, brought Josh LaPointe, 35, to a doctors appointment.

Russel told deputies he stopped by his home after the appointment and swallowed some Kratom. He said he started feeling poorly and parked and took a nap in the van, which got very hot, Gualtieri said.

He didn't run the AC because he thought the van might overheat, the sheriff added.

Russel said he woke up and found LaPointe "slumped over" in his seat and started to do CPR, but the sheriff said it did not work. The van reached 125 degrees that day, Gualtieri added.

Russel left the van and got his gun from inside, calling his mom to say he was going to kill himself for what he did, the sheriff said. The mom convinced him not to and to call 911.

Investigators say LaPointe died of heatstroke and Russel has been charged with aggravated manslaughter of a disabled adult.

"This poor guy baked in that car," Gualtieri said.

Gualtieri also said Kratom is an opiate derivative and just because it is legal, doesn't mean it's not dangerous and warned it is not really regulated.