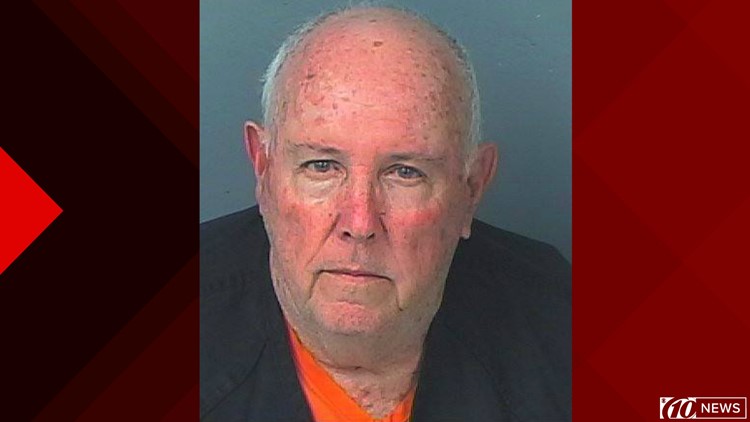 A Florida man is accused of pretending to be a doctor and telling people they had all sorts of medical issues.

Investigators in Hernando County say Onelio Hipolit-Gonzalez advertised his services on a website geared toward the Hispanic community. He allegedly claimed he could treat health problems ranging from Parkinson's disease to cancer and multiple sclerosis.

Deputies say the website displayed a photo of him in a white coat and labeled the image: Dr. Onelio Hipolit.

But, the Florida Department of Health says the so-called doctor has never had a medical license of any kind -- at least not in this state.

Investigators say Hipolit-Gonzalez told a patient he used a friend's house in eastern Brooksville to see patients. The patient paid $160.

According to law enforcement, Hipolit-Gonzalez put a band around the patient's head and told him to hold a metal rod. Both pieces of equipment were connected to a machine making beeping noises on a table.

Authorities say Hipolit-Gonzalez told the patient the device was testing his heart, brain, intestinal system, bones, nerves and "everything else."

After that bizarre ordeal was complete, authorities say Hipolit-Gonzalez told the patient he had high cholesterol and wasn't getting enough oxygen to his brain. He's also accused of telling the patient he had "50 percent fat in his liver, and his gallbladder was not in good health."

But, investigators claim he wasn't done yet. They also say Hipolit-Gonzalez diagnosed the man with diabetes and osteoporosis.

"Hipolit-Gonzalez then told the patient that he had previously cured the owner of the house (they were using) of his diabetes," a Hernando County Sheriff's Office spokesperson said. "He never identified the owner but quickly called him on the phone to get his testimony."

Previous: Fake doctor might have worked in Haines City

Hipolit-Gonzalez allegedly vowed to "cure" the new patient of diabetes with several more visits and only $2,000.

"He went on to say that the treatment would include injecting the patient with 'his own blood,'" the spokesperson added.

When they questioned Hipolit-Gonzalez, detectives say he suggested he didn't believe he needed a license to practice medicine.

"When asked if he had any type of medical schooling, training or background, Hipolit-Gonzalez stated that he was a lab technician in Cuba and when he moved to Florida he went to school to get a certificate for Iridology, herbology, and nutrition," the sheriff's office said.

Hipolit-Gonzalez said he purchased the metal rod online, according to investigators, who say he told them there was no schooling necessary to use it -- apparently, the user only needed to read the instruction manual.

Detectives say he told them men hold the rods in their left hands, while women need to hold them in their right hands.

"When asked about injecting his own blood into patients Hipolit-Gonzalez advised that he does not do that," the sheriff's office said. "He stated that he draws the patient's blood, and then injects the same blood he just withdrew."

The sheriff's office said he claimed when the blood enters the body, it would "combat" the blood cells and boost the immune system.

Hipolit-Gonzalez was arrested and charged with unlicensed practice of a health care profession and unlawful use of a two-way communication device.