Deputies say the man and teen met about two years ago using an online chat app. 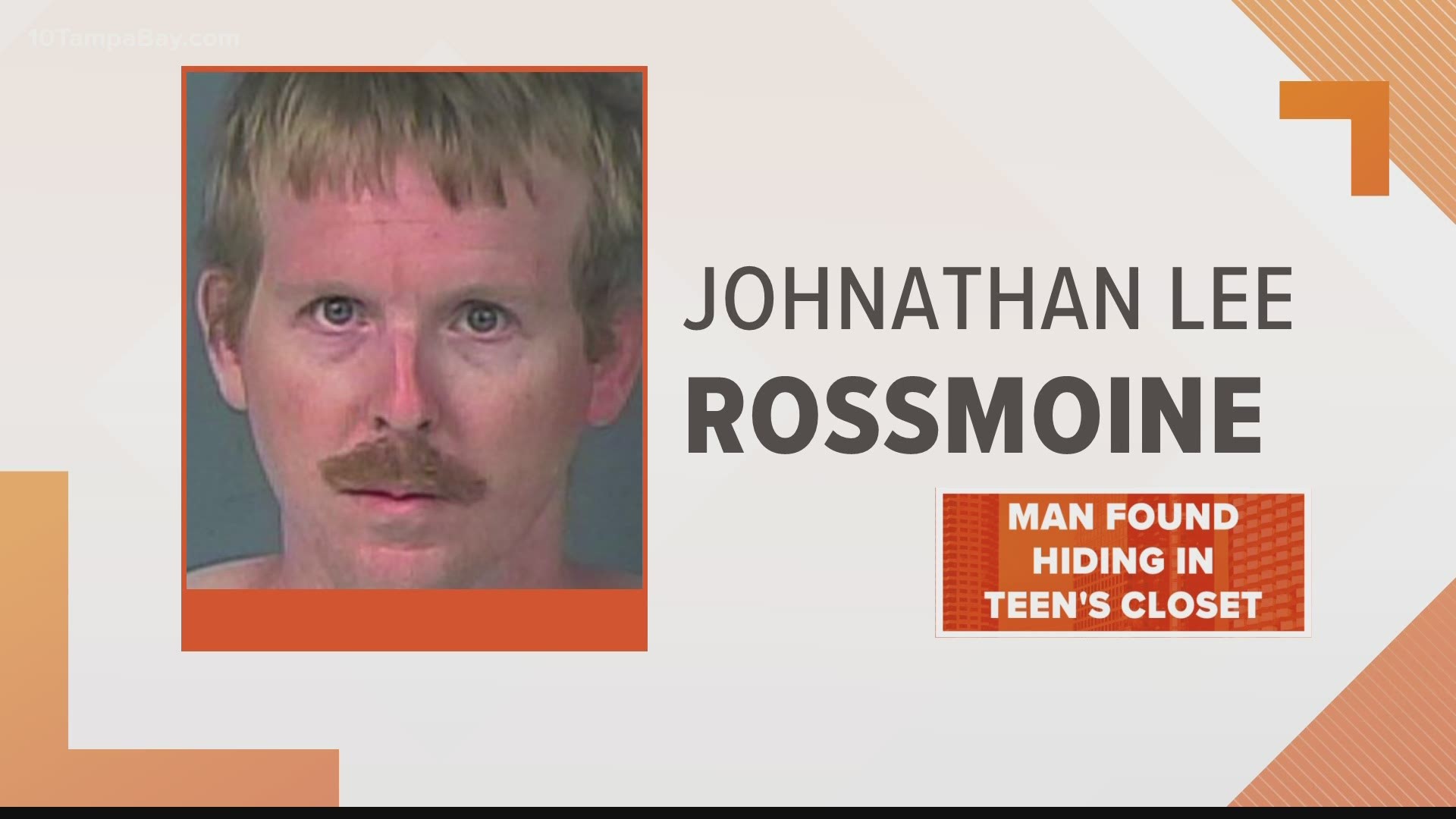 SPRING HILL, Fla. — He'd been hiding inside a teen's bedroom closet when the teen's parents found him. He was still inside when deputies arrived.

Turns out, he'd been staying in the teen's room for more than a month, according to the Hernando County Sheriff's Office.

Johnathan Lee Rossmoine, 36, was arrested and charged with four counts of lewd and lascivious behavior with a victim between the age of 12 and 16, and one count of obscene communication, travel to meet after use of a computer to lure a child.

Deputies say Rossmoine told them he drove from Louisiana to Spring Hill on multiple occasions to have sex with the teen. He told deputies he'd been in Hernando County for about five weeks and had sex with the teen several times.

The teen told deputies Rossmoine was the teen's boyfriend and said they had initially told Rossmoine they were 18 before telling him before meeting they were actually 15 years old.

Deputies say the teen told them Rossmoine had been living off and on in the teen's bedroom since Aug. 19. Rossmoine would hide inside their closet when the teen's parents were home and would only come out when they left for work, according to the sheriff's office.

Rossmoine said he had sex with the teen multiple times inside his van as well, which was parked close to the teen's house, deputies said.

Rossmoine was booked into jail on a $25,000 bond. Deputies says more charges could be pending.