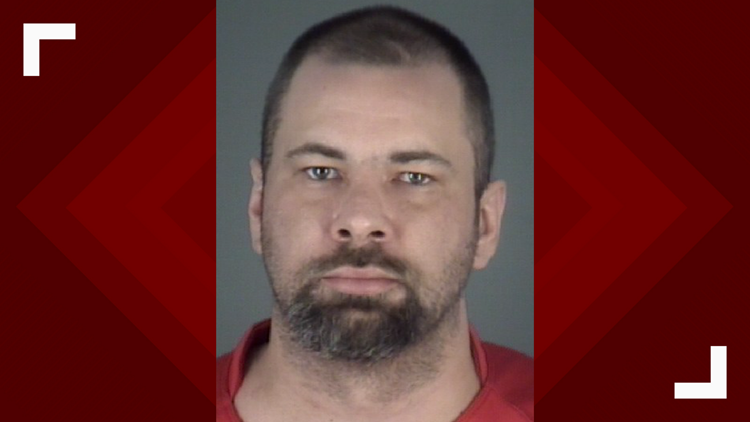 Photo by: Pasco County Sheriff's Office
Robert Houston was accused of throwing a pizza at his father after finding out his dad helped birth him.

A Pasco County man was arrested Thursday after deputies say he threw pizza at his father after finding out his father helped give birth to him.

When Pasco County Sheriff's deputies arrived at the home in Holiday, they said 33-year-old Robert Houston knew he was going to jail. When a deputy asked him why he was being taken to jail, Houston said "he threw pizza at his dad's face striking him with it due to him being mad his dad helped give birth to him," an arrest report said.

Deputies said the father told them he was walking his dogs while Houston was on the front porch of the home waiting for pizza. When the father went into the home, Houston came inside and shoved pizza in the father's face while holding him down in a chair and yelling, investigators said.

A deputy said they saw a pizza slice on the chair and chunks of pizza and sauce all over the area.

Houston was arrested on a domestic battery charge.