Mexican cartels driving a spike in local methamphetamine use

Superlabs, operated by the cartels, can produce tons of meth that are generally cheaper and more potent than the meth produced in smaller batches north of the border. 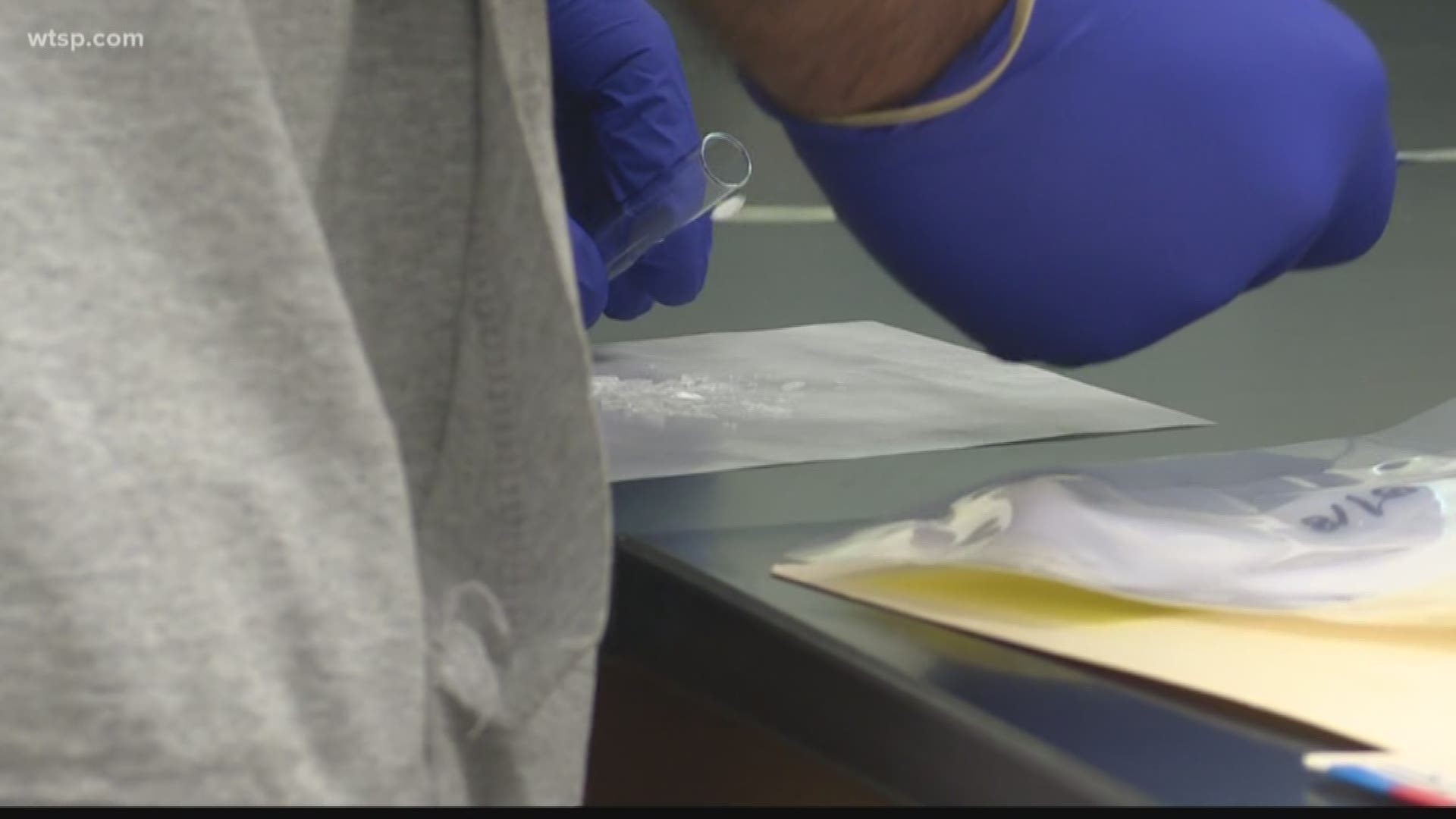 ST. PETERSBURG, Fla. -- As the country continues to grapple with an opioid epidemic, Mexican drug cartels have been expanding their operations and diversifying their portfolios. One of their hottest products is now methamphetamine, made on an industrial scale and smuggled across the border into the U.S.

Superlabs, operated by the cartels, can produce tons of meth that are generally cheaper and more potent than the meth produced in smaller batches north of the border.

“It's plain and simple,” said Drug Enforcement Administration agent Michael Ferguson after a meth bust in Sarasota County earlier this year. “The evidence you see here before you, the Sarasota County Sheriff's Office was able to take off the streets of your community, is a direct contribution from the Mexican cartel. They're infiltrating Florida. They're infiltrating the United States.”

The U.S. government cracked down on purchasing certain ingredients for meth in 2006, which significantly cut the number of meth labs found on this side of the border. That's when the cartels stepped in to meet the market demand.

“It's more potent, it's less expensive,” said St. Petersburg Police Vice and Narcotics Director Major Robert Mailhiot. “You'll see there's an increase across the country with that. And that could easily be another epidemic in this country because there's so much of it coming through right now."

In Pinellas County, where meth traditionally has not been the most prevalent drug, methamphetamine cases have skyrocketed in recent years. The county has been seeing an even bigger increase in meth than heroin or fentanyl.

"When I first started doing it would see a couple people doing it with me, but it's just been spreading out consistently. Now, it's like everywhere in Tampa,” Paul Segallos, a recovering meth addict said.

"Really, in the last fifteen to eighteen months we've definitely seen an uptick in the methamphetamine addiction as the primary drug of choice,” said John Templeton Jr., President & Co-Founder of Footprints Beachside Recovery Center on Treasure Island. “There have been a lot more clients that, it seems to be their drug of choice. I mean, we certainly see a lot more methamphetamine addiction than we even do cocaine and cocaine has sort of been your slow-and-steady throughout the years.”

“I do hear that you used to have to go around to more rural areas but now, just in conversations with clients, they have a lot more sources. It’s coming into Tampa, more into the city when it used to be one or two people out in the sticks,” added Templeton. “Cracking down on being able to go buy it at the local Walgreens, some of the main supplies, it’s been effective but I that there’s now a demand for methamphetamine and the trends are pointing to these super labs in Mexico.”

Meanwhile, at the Pinellas County, forensic lab, officials are seeing more and more meth show up in the drugs being seized off local streets.

"Even when throughout the country meth was really becoming more popular, we were still really dominated by crack cocaine,” said Pinellas County Chief Forensic Chemist Michael Gilbert. “But over the last two or three years, and especially the last year, we've definitely seen a large increase in the amount of meth we see."

"A couple years ago you probably wouldn't even hear about meth being in the city,” said St. Petersburg Police Chief Anthony Holloway. "This is a problem, we need to address this problem and law enforcement throughout this area, that I'm aware of, we're all on it."