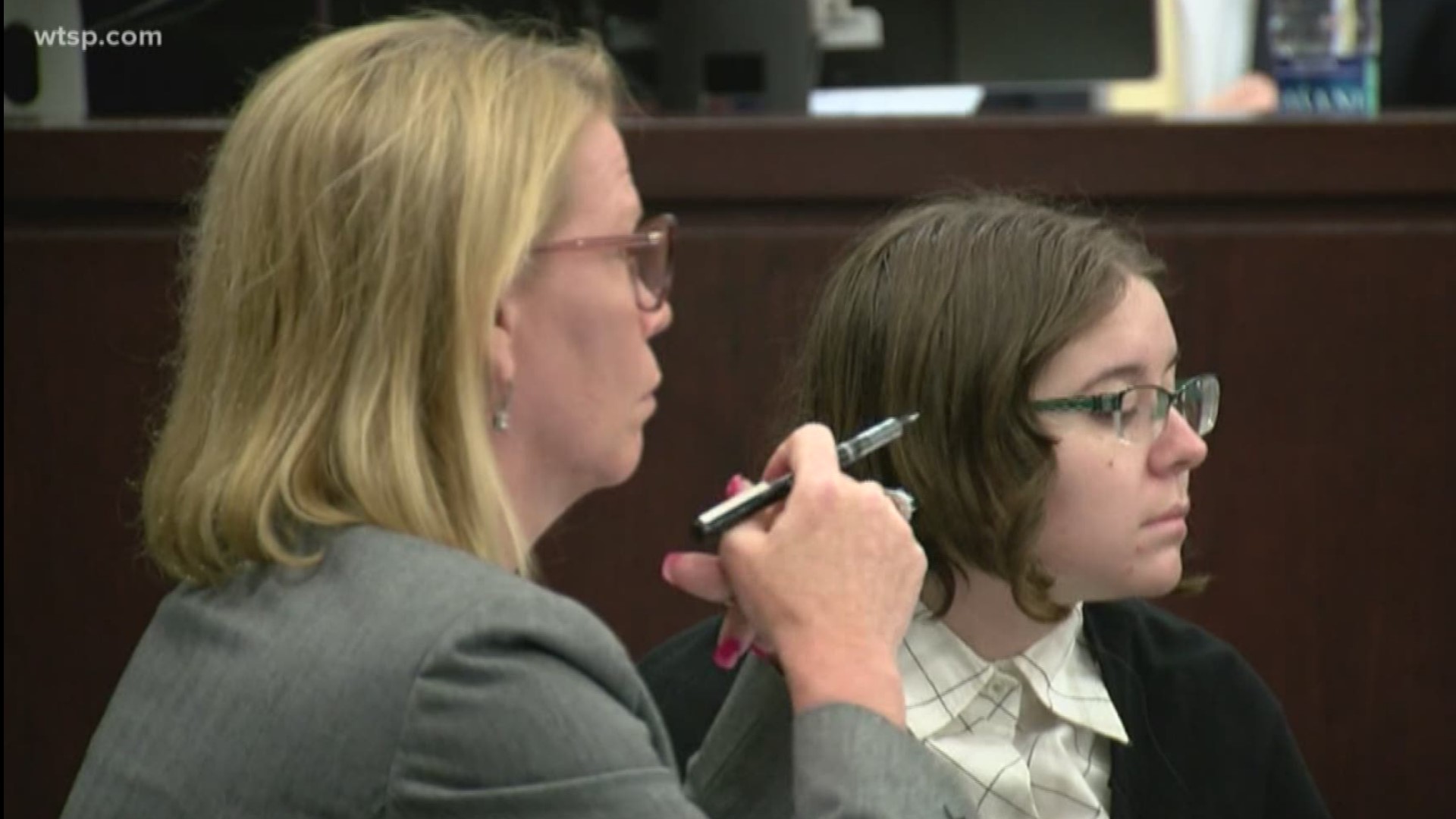 Nicole Nachtman, now 25, is accused in the deaths of her mother and stepfather. Her murder trial begins Monday.

Nachtman, then 21, claimed she had been at Florida State University in Tallahassee when the killings occurred. Deputies said neighbors claimed to have seen Nachtman near a window hours before they heard gunshots.

When detectives called FSU, the school said Nachtman had not used her school ID within the last seven days. Detectives then talked to Nachtman's roommate, who said Nachtman told her, "if anyone asked, she was in her room" on Aug. 20, 2015.

The roommate told detectives that wasn't true, and she had no idea where Nachtman was on the night of the killings.

Detectives say another witness had contact with Nachtman and said she confessed to him. That witness said Nachtman told him she drove on Aug. 18 to FSU to pay for her dorm room. While on campus, Nachtman told the witness she "continuously heard screaming voices in her head and began thinking about killing her mother."

The witness said Nachtman then began seeing signs on campus inferring "that your dreams were about to come true."

Detectives say Nachtman headed back to Hillsborough County where she went into her parents' home and killed her father, which allegedly caused the voices to fade. Investigators said she waited overnight for her mother to come home, but Nachtman had second thoughts so she tried to escape through a window.

Nachtman was later arrested on campus in Tallahassee.

In September 2015, Nachtman pleaded not guilty to the murders. The State Attorney's Office said it would seek the death penalty, but withdrew that notice of intent in July 2017.

In November 2018, Nachtman's defense team requested to have a doctor testify regarding Nachtman's claims of "battered child syndrome." Her attorneys say Nachtman suffered abuse from her parents and the doctor will "offer her opinion, within a reasonable degree of psychological certainty, that Ms. Nachtman had a severe mental illness at the time of the crime and suffered battered child syndrome."

The most recent movement in this case came April 24, 2019, when the defense said it would rely upon an insanity defense. Nachtman's attorney's said she did not know what she was doing or the consequences of her actions because she was suffering from schizophrenia.