When deputies arrived, they said Phillip Thomas was still inside the home and was carrying a knife, plastic zip ties, duct tape, mace and other personal items. 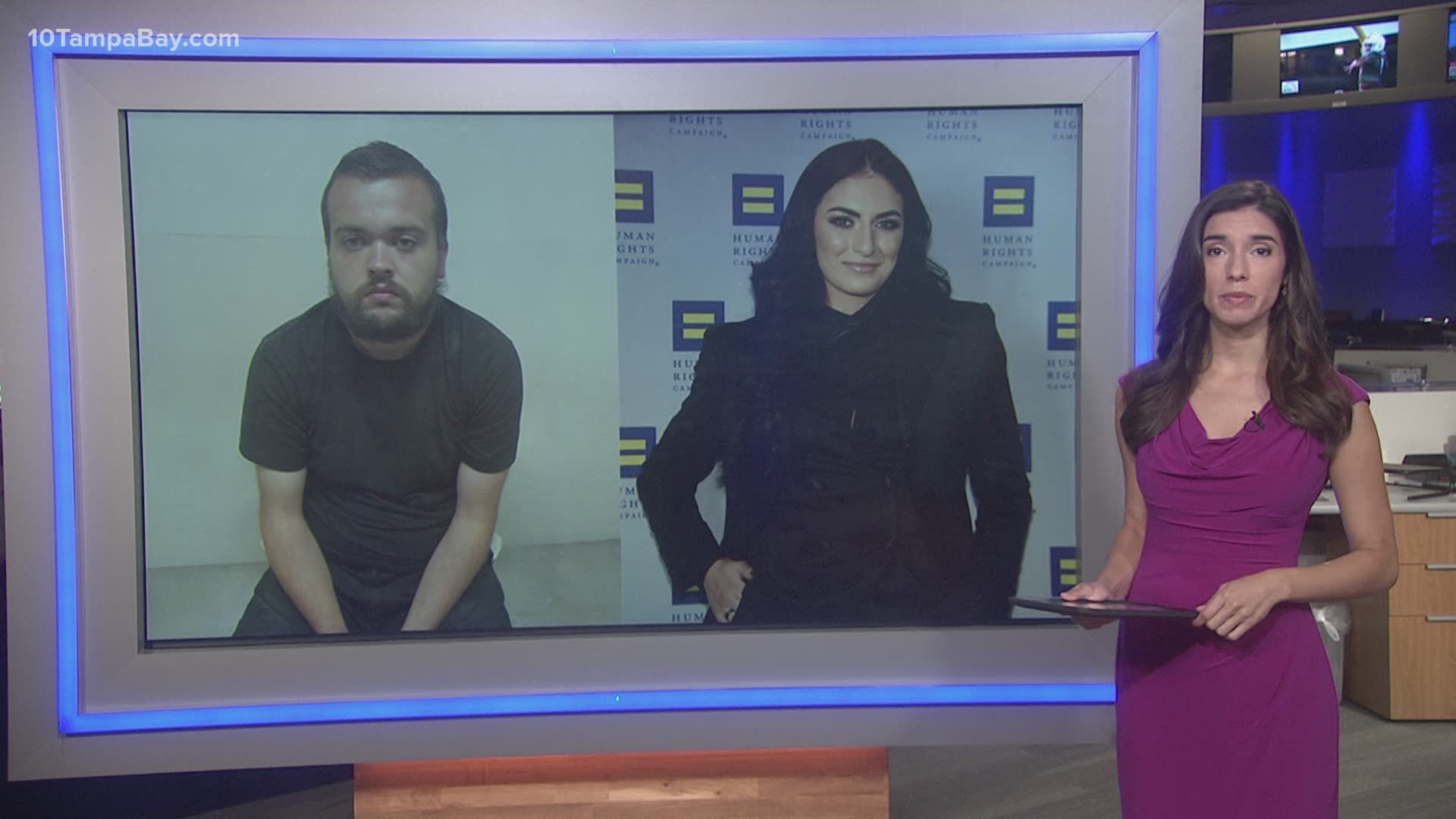 LUTZ, Fla. — A crime that took more than eight months to plan was foiled within hours with the help of deputies and a home alarm.

According to authorities, Phillip A. Thomas II, 24, was arrested Sunday morning and will be held without bond after traveling from South Carolina to Lutz to commit a crime he planned for months.

Detectives say at 2:43 a.m., Thomas entered a home in the Promenade at Lake Park subdivision in Lutz, located along Pine Hammock Boulevard.

Property records show it is owned by Daria Berenato, a professional WWE wrestler. Thomas' suspected Twitter profile is filled with tweets and retweets about Berenato, who goes by the stage name of Sonya Deville.

Detectives learned Thomas parked his car at Idle Wild Church earlier that night, walked to the home, cut a hole in the patio screen and remained there for approximately three to four hours, watching and listening through the windows.

After the homeowner went to bed, deputies say Thomas entered through the back sliding glass door, which activated the home alarm and prompted the homeowner to look out the window and spot the suspect on the property. The homeowner and their guest left the home in a car and called 911.

When deputies arrived, they said Thomas was still inside the residence and was carrying a knife, plastic zip ties, duct tape, mace and other personal items.

Through the investigation process, detectives said Thomas admitted he was planning to take the homeowner hostage.

Berenato tweeted late Sunday: "Thank you everyone for your love and concern. A very frightening experience but thankfully everyone is safe. A special thank you to Hillsborough County Sheriff’s Office for their response and assistance."

Thank you everyone for your love and concern. A very frightening experience but thankfully everyone is safe. A special thank you to Hillsborough County Sheriff’s Office for their response and assistance. 🖤

"Our deputies are unveiling the suspect's disturbing obsession with this homeowner who he had never met, but stalked on social media for years," Sheriff Chad Chronister said in a news release. "It's frightening to think of all the ways this incident could have played out had the home alarm not gone off and alerted the homeowner of an intruder.

During the Hillsborough State Attorney's Office's successful efforts to have Thomas held without bond, the state presented evidence it says he used during his crime:

According to the press release, the state argued that allowing Thomas to leave jail would "not suffice to protect either the victim or the safety of the public, given the defendant's long term session with the victim, his anger as indicated in the messages, the lengths to which he planned and conducted an attempted kidnapping, including driving from South Carolina, and lying in wait at the victim's residence.

Anyone with information about the case is urged to call the Hillsborough County Sheriff's Office at 813-247-8200.