A gruesome triple homicide in Kentucky has ties to the Tampa Bay area. 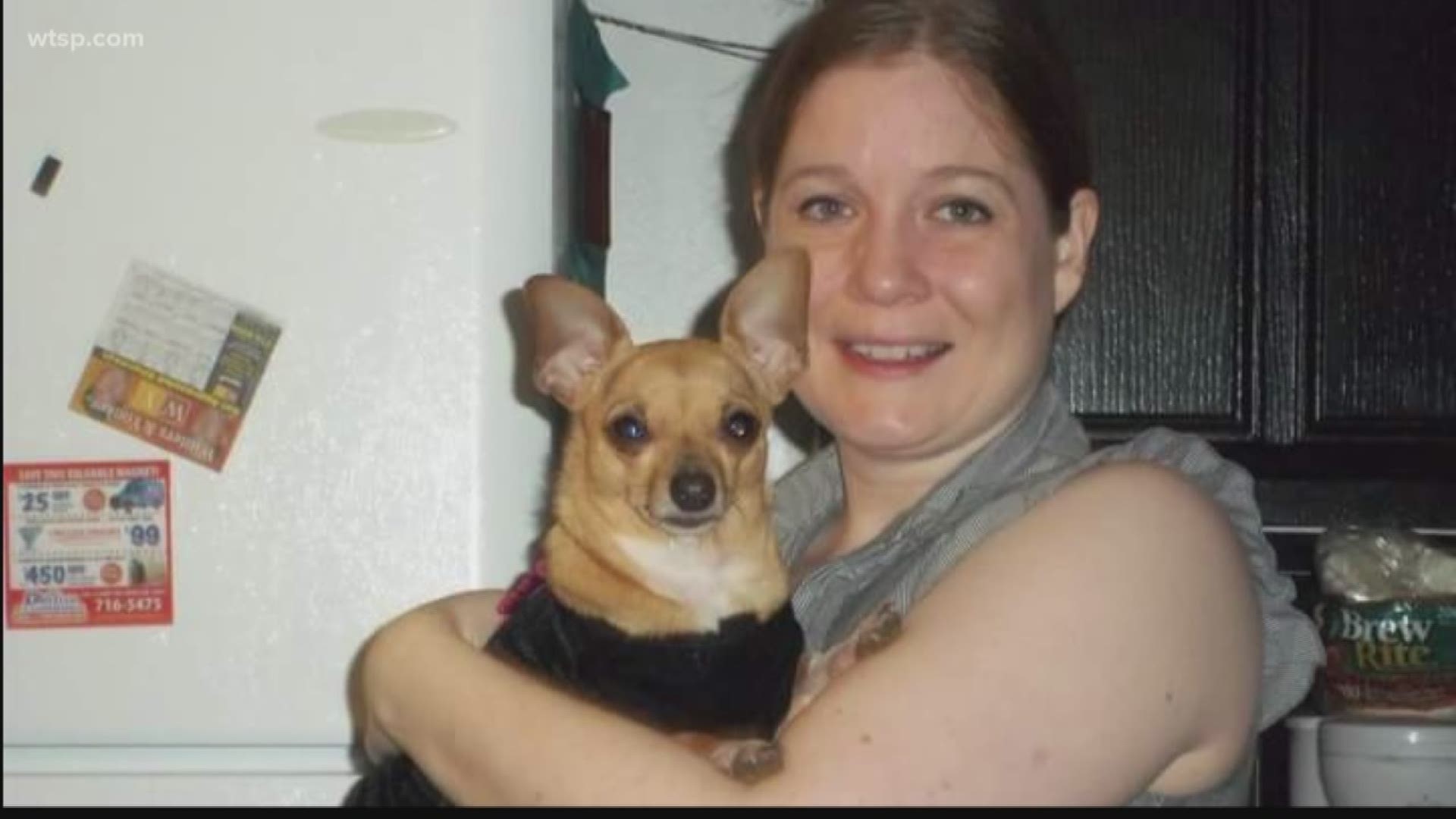 A gruesome triple homicide in Kentucky has ties to the Tampa Bay area.

Christopher Olivo of Spring Hill is accused of killing his longtime girlfriend, her brother and his wife in Louisville, Ky.

Two children were found unharmed inside the house. The kids, ages 4 and 2 years old were found in another room.

Officers used what they called an invisible cloak, draping blankets around the children to get them out of the house without seeing the crime scene. They are now being cared for by family.

While those officers are being praised, the victim’s family in Tampa Bay area says these murders could have been avoided and hopes in some way this story helps others.

Looking at pictures of his cousin, Geneva Miles, Jessie Devore thinks of fun times they spent together.

These memories he now cherishes. His cousin, her brother Mike Miles and his wife, Catherine, were all shot and killed in their Louisville, Ky., home last week.

Friday, Miles’ longtime boyfriend, Christopher Olivo was arrested in Pinellas County in connection with their murders.

Devore is one of several family members still living in Florida. The rest live in Kentucky.

Devore says his cousin was told at an early age she’d never be able to have kids. That’s why three years ago she was surprised to learn she was pregnant. When she had the child, his cousin called it a miracle baby, named her daughter Neveah which is “Heaven” spelled backwards.

“She was just so happy Neveah was her world. Everything was about her.

Olivo and Miles lived in Spring Hill together for nearly 20 years. Police say after the murders, Olivo fled back to Florida, leaving Neveah with his family before he was caught.

Tracked by Onstar technology, we’re told he was found wearing a ballistic vest and had an AK-47 in the passenger seat. He is charged with three counts of murder and one count of tampering with evidence.

He remains in jail, awaiting extradition to Kentucky.

“She always would complain about him,” Devore said of his cousin. “Verbal abuse, physically abusive, we had seen the bruises on her before.”

He says his cousin recently moved to Kentucky to get away for Olivo. Devore says Miles only planned on staying with her brother for a short time until she saved up enough money to live on her own.

“A lot of times we urged her to leave. Giving her opportunities. Giving her places to get out of there,” Devore said.

The news of the abuse was a total shock to neighbor Robin MacNeil, who lived next to the couple for 18 years.

“I never saw a mark. Ever,” said MacNeil.

She also worked with Olivo at a local restaurant and says that’s not the person she knew.

“As a cook, it’s a very stressful job and I never saw him lose his temper. He was very patient, very kind. Really. And she was a nice girl.”

MacNeil says every time she thinks of the couple she prays.

Now as three deaths are mourned, Devore hopes others learn from this tragedy.

“If you’re in an abusive relationship, get out. Go. Don’t stick around and put up with it.”

With three unexpected funerals, Miles’ family started a GoFundMe page to pay for expenses. Their goal is $6,000, but they’re hoping to raise more to help support the children now without parents.