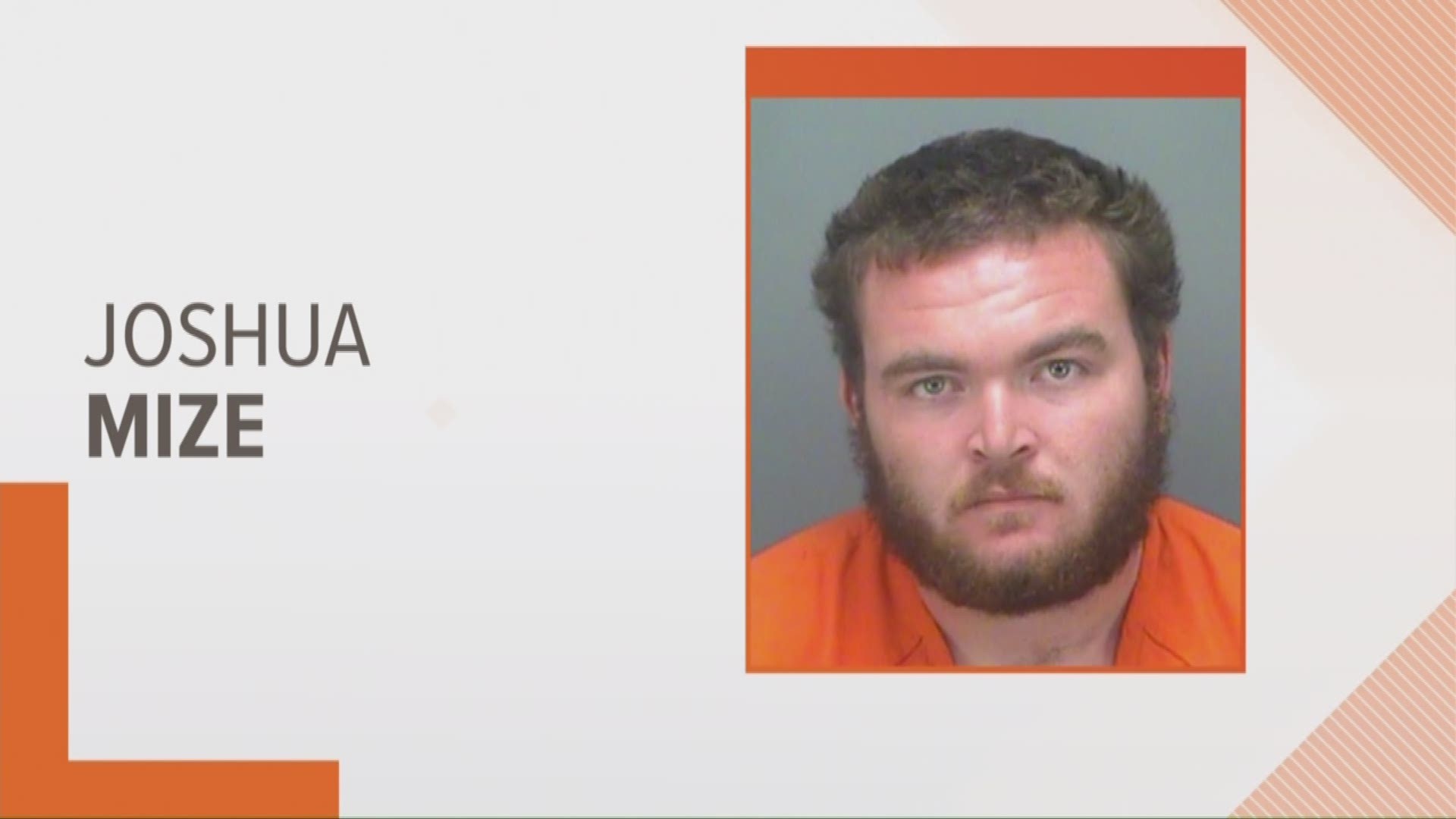 Joshua Ryan Mize is accused of holding the children down – ages 5, 8 and 10 – and burning them with a lighter to create “smileys,” according to an arrest affidavit.

Each of the children had burns consistent with what they told investigators.

The arrest report says Mize was caring for the children when the crimes occurred.

Authorities are holding Mize at the Pinellas County Jail on $450,000 bond.