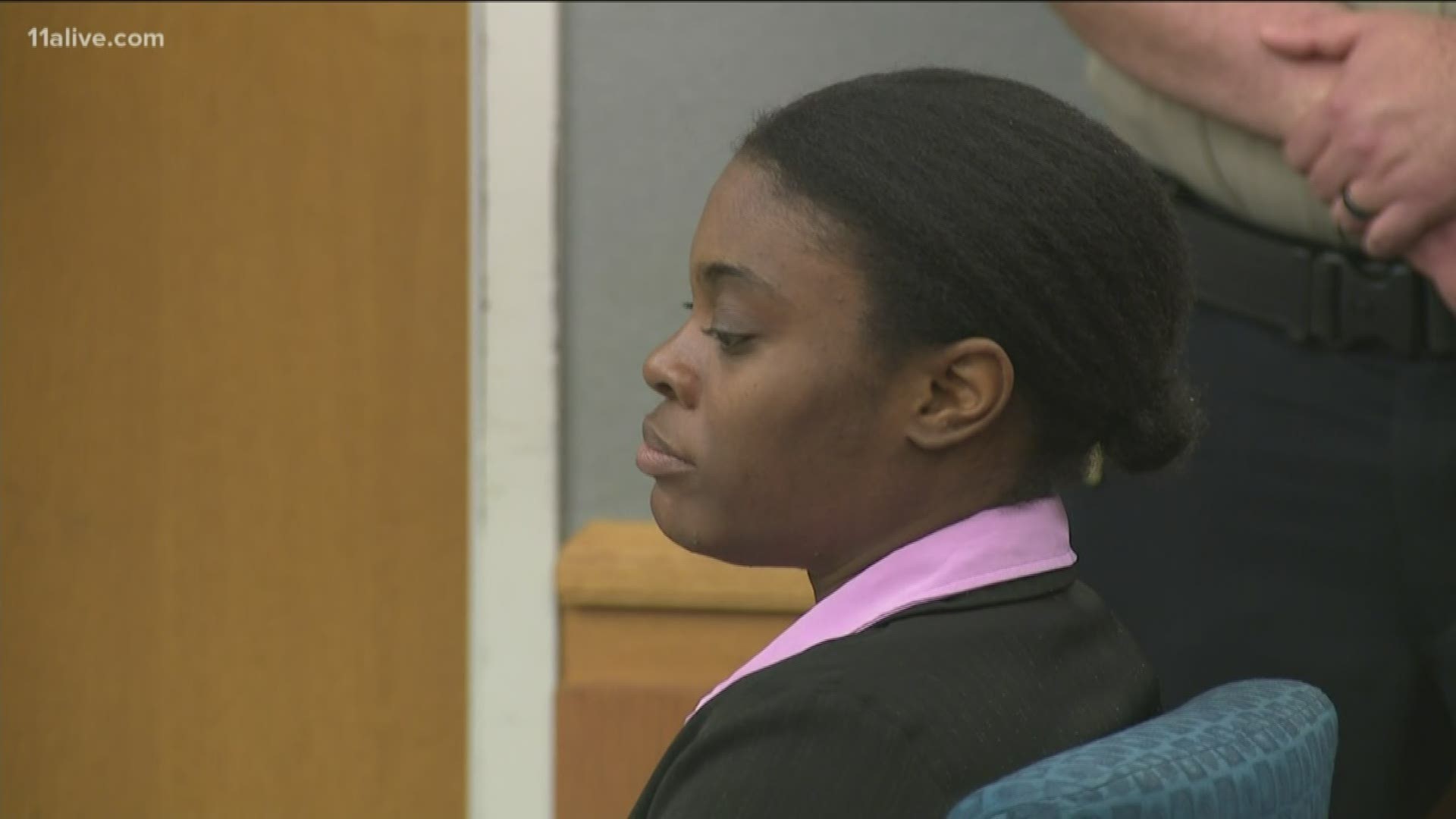 GWINNETT COUNTY, Ga. — Tiffany Moss has been sentenced to death.

Moss was found guilty of killing her 10-year-old stepdaughter by starvation on Monday. Tuesday morning, the jury decided that she should be put to death. Watch the moment the death penalty was read.

Tiffany Moss is set to be put to death June 7-June 14 of 2019. However, the case will have an automatic review of the case and the date could be pushed back with an appeal. Gwinnett District Attorney Danny Porter said there is “no chance she will be put to death in 2019” and that the date had to be set by law.

When the judge read the verdict, 11Alive reporters in the court room said Tiffany Moss did not react to the verdict. That behavior is in line with how she carried herself throughout the trial.

Moss represented herself in the trial but never offered a defense. She did not cross examine witnesses and did not give opening or closing statements.

The standby attorneys assigned to Moss indicated that they will appeal the death penalty decision. 11Alive's legal analyst Latonia Hines said this appeal could change the date of execution or change her sentence.

The jury had three options to consider:

On Monday, the jury took less than three hours to find Tiffany Moss guilty. The jury deliberated for less than two hours on the sentence but asked the judge if they could have more time to process everything and come back Tuesday morning to further discuss the sentencing.

The district attorney argued that the punishment has to fit the crime. "We have alleged that the murder, in this case, was outrageously and wantonly vile, horrible or inhuman," Gwinnett D.A. Danny Porter said.

If Moss receives the death penalty, she would become the third woman in Georgia history to be put to death.

► These are the two women Georgia has executed so far