Pasco deputies are investigating the incident as a possible hate crime. 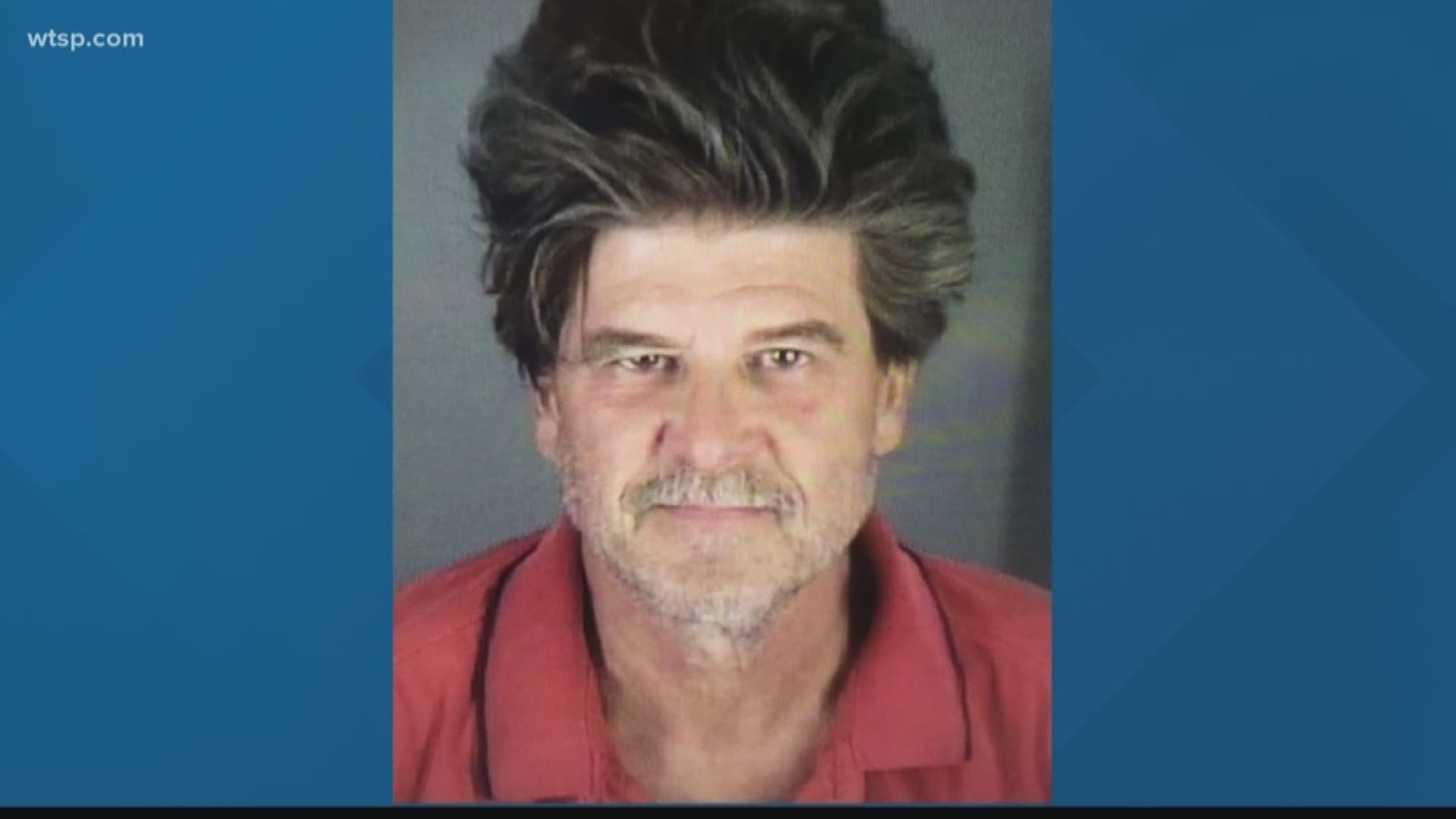 Sheriff Chris Nocco said during a news conference that David Allen Boileau moved into the Holiday neighborhood after the Iraqi family had been living in the neighborhood for at least five years.

Boileau is accused of harassing the family, burglarizing their home, and stealing a purse with credit cards and an ID in it.

"He came through the front door," one of the members of the family said. "That's crazy. I never seen someone go inside the house and come out the front door." 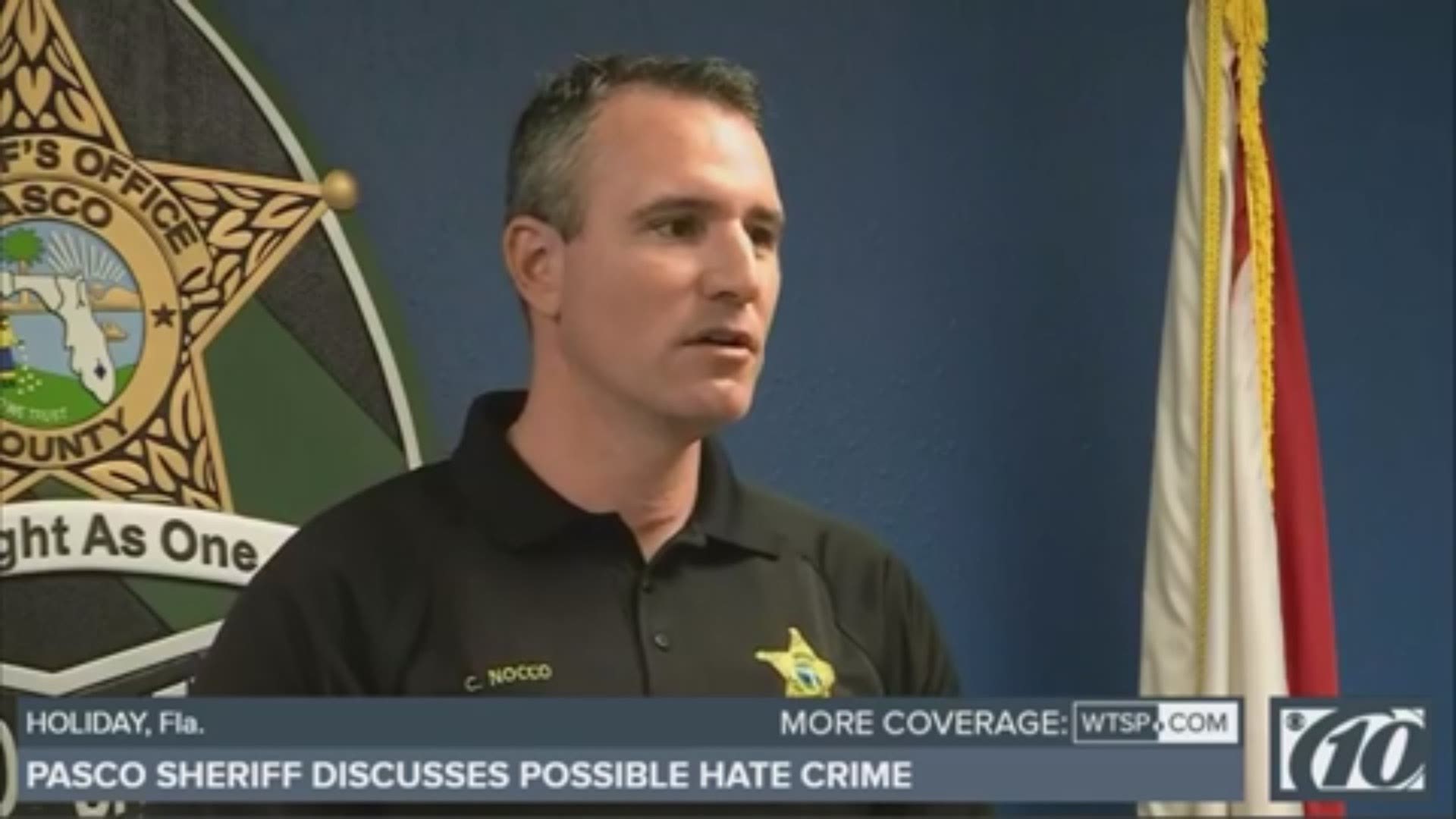 Investigators say he also threw nails in the road under the family's vehicles and went through their mailbox, where he found immigration papers.

"It's very important that we get in front of this, because we have to send a clear message out there, and that message is, you know, it doesn't matter your race, color, creed, gender, sexual orientation, the Pasco Sheriff's Office is going to uphold the laws to make sure everyone's safe," Nocco started the press conference with.

Nocco said Boileau made statements that he didn't like the family, saying, "They shouldn't be here, because of their nation's origin." He also allegedly said that the "U.S. needs to get rid of people from the Middle East and that if he doesn't, then President Trump will."

Pasco deputies were able to make an arrest after Boileau admitted to breaking into the family's home.

He faces burglary charges of an unoccupied dwelling. He had a pocket knife and a lighter on him when the deputy stopped him.

"We came legally. We are not causing any problems, we love America," one of the victims said. "The guy, he doesn't know, I worked as an interpreter for the US Army for two years."

The Pasco County Sheriff's Office is also working with the state attorney's office and the FBI for an increased, federal hate crime enhancement charge against Boileau.

"The victim's advocates office working with the family," Nocco said. "Very early on, we want to make sure this family understands that the sheriff's office is there to help them, like any victim in the county."

Nocco said the county is working with the family to get a restraining order against Boileau as well.

"It's heartbreaking what happened, but what really is to us the most disturbing is there's children involved," Nocco said. "And there's four young children in this family, and we want to make sure they realize that the sheriff's office and the community is there for them. These things should never happen."

Boileau has priors in other counties, including DUI, theft, and disorderly conduct.

Nocco also mentioned that a neighbor stepped in to help the family.

"I applaud that neighbor for stepping up and doing the right thing," Nocco said. "That neighbor got involved and said something."

The sheriff ended on a resounding note, "When people don't feel welcome, there's an opportunity for them to become radicalized later on. We want the family to recognize that the sheriff's office and the community are not representative of this individual. We should all be one country united."

The investigation into the nails and mailbox incident are ongoing, according to Nocco.