Woman gets 15 years for posing as deputy, releasing boyfriend from jail

Maxine Feldstein presented false paperwork to the Washington County Detention Center in July 2018, which fooled the jailers into releasing her boyfriend. 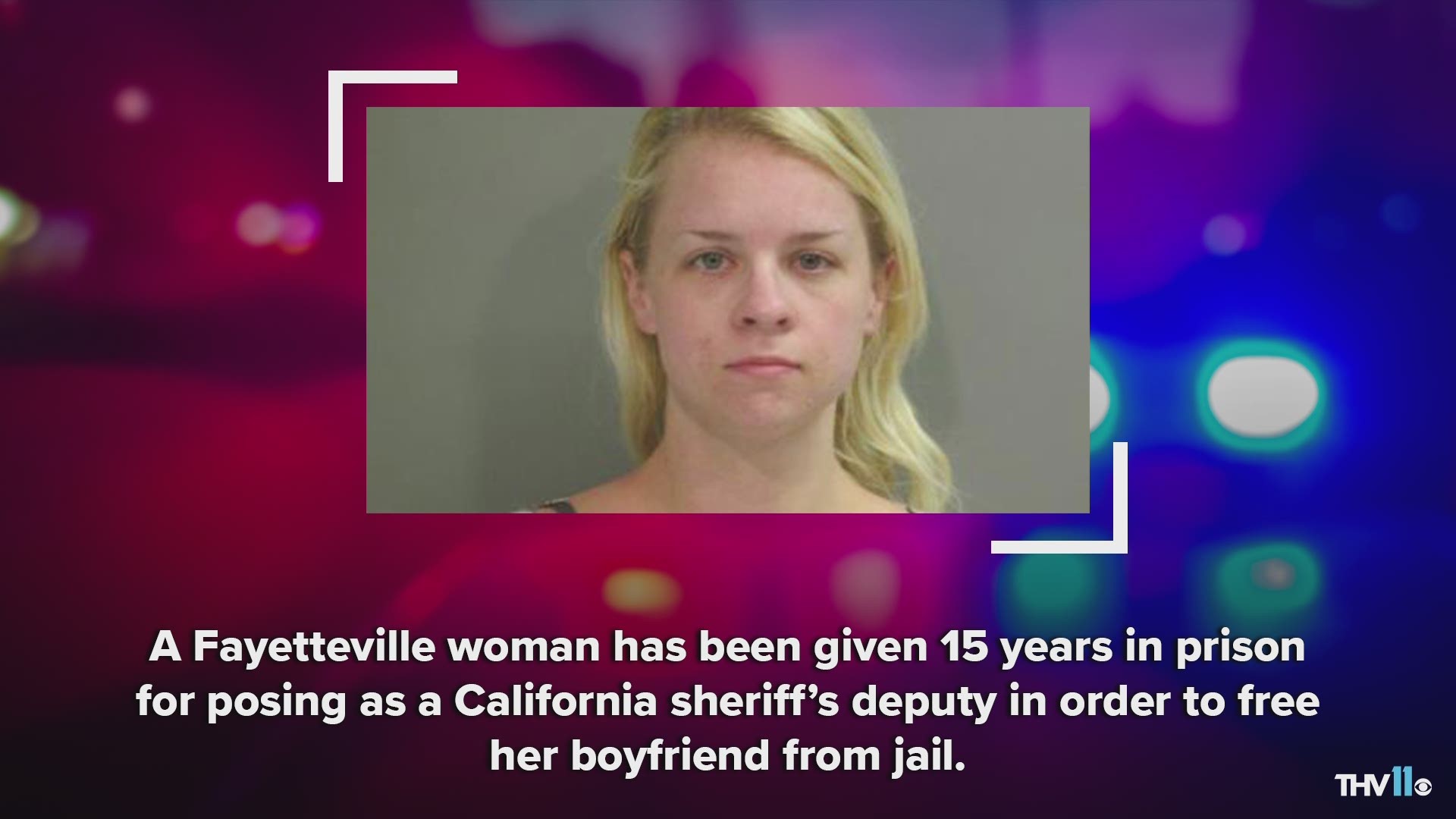 FAYETTEVILLE, Arkansas — An Arkansas woman was given 15 years in prison for posing as a California sheriff’s deputy and convincing Washing County Jail officials to release her boyfriend from jail.

She succeeded—initially. The pair were arrested about a month later in Fayetteville.

Feldstein presented false paperwork to the Washington County Detention Center in July 2018, which fooled the jailers into releasing her boyfriend, Nicholas Lowe.

Lowe pleaded guilty in February for escaping jail but received no jail time due to time already served, with five years of parole.

While in jail, Lowe told Feldstein to pose as a deputy from the Ventura County Sheriff’s Office in Ventura, California in order to trick jail officials into releasing Lowe to Feldstein, according to court documents.

Lowe said Feldstein should tell Washington County that Ventura County was “having issues with overcrowding and all low-priority extraditions have been suspended,” according to the affidavit.

Feldstein, who had only just bonded out of jail earlier that day, called the Washing County Jail and identified herself as deputy “L. Kershaw” with the Ventura County Sheriff's Office.

She also provided a forged document releasing the agency’s hold on Lowe.

Jail staff learned of the forgery and accidental release two days later, when a real Ventura County sheriff deputy called to say he was on his way to pick up Lowe.

The sheriff’s office reportedly discovered the plan through jail video where Lowe told Feldstein of the plan while she visited him.

Washington County later figured out the document Feldstein used was fake, and that VCSO didn’t have a deputy named “L. Kershaw,” according to the affidavit.