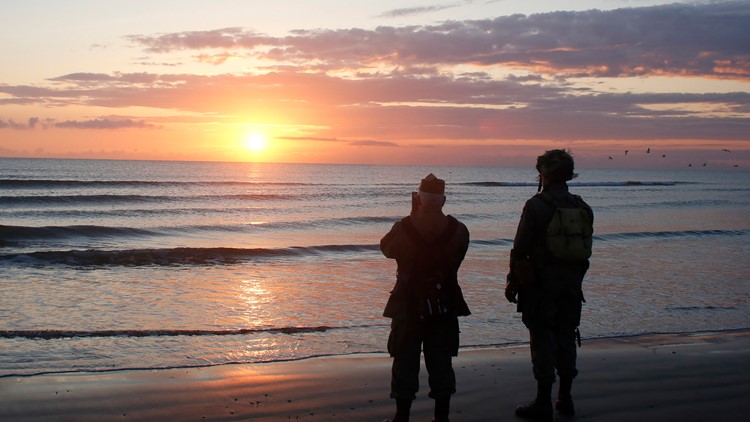 BRIEY, France -- An Army veteran has been reunited with the French woman he fell in love with in 1944 while stationed in eastern France.

Called to the eastern front, KT Robbins had to leave Jeannine Ganaye behind two months after they met, according to BBC News. But, he always kept her picture.

According to the TODAY Show, Robbins returned to the U.S. after the war, got married and believed he would never see his Jeannine again. Thousands of miles away, the TODAY Show said she moved on with her own life -- always holding out hope she'd see him again one day.

BBC News reports Robbins showed the black-and-white photo to French journalists while they were filming a segment on U.S. veterans. They managed to track her down before he went to Normandy for the 75th anniversary of D-Day. The two were reunited in France.