The county medical exam stated scarring on the victim's body suggests that the birth in December was not the first time the victim gave birth. 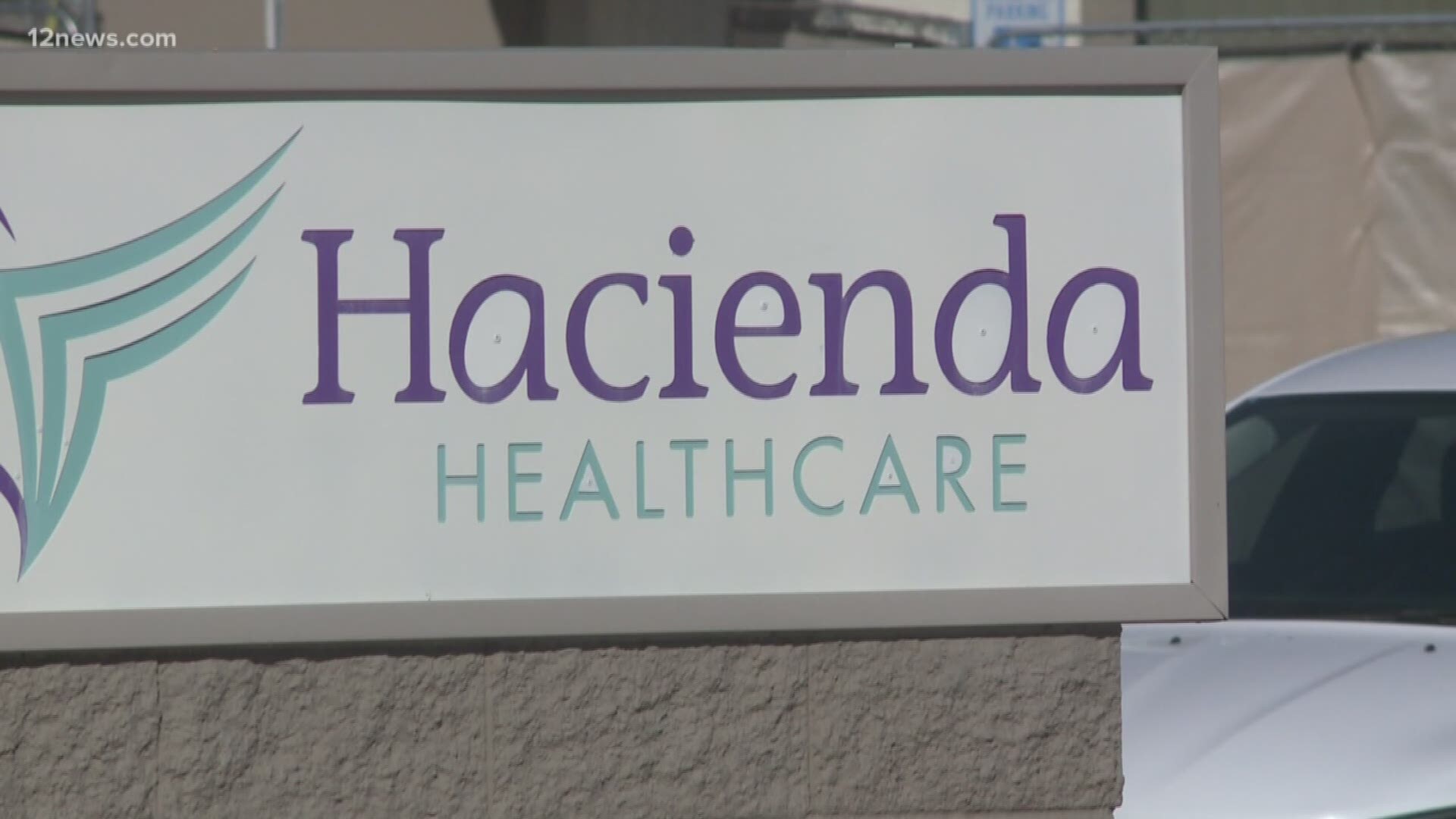 Documents indicate a woman with intellectual disabilities who was impregnated at a Phoenix Hacienda Healthcare facility was repeatedly raped before giving birth last December and, according to a doctor who inspected her, could have been pregnant before. The victim had been at the facility in an incapacitated state since she was 3 years old in 1992, the documents say.

Here are the allegations laid out in the notice of claim—the first step for a possible lawsuit against the state—filed by the victim's family.

The possibility of a prior pregnancy

In the notice of claim, a note from the Maricopa County Medical Center exam taken on the day the victim gave birth in December states, "Of note, on inspection of patient's vagina and introitus it is determined that this is a non-nulliparous event."

A nulliparous woman is defined as a woman who has not given birth.

"That came as a complete surprise to us," said John Micheaels, the attorney representing the victim and her family.

Whether that note means the victim previously had a stillbirth, miscarried or had a baby, we don't know for sure.

"That was the opinion of the person that examined her. At a minimum, there were repeated violations of (the victim) from the scarring," the family's attorney said.

"How certain anyone is of a prior pregnancy, I don't know."

Phoenix police now tell 12 News they were informed of this possibility when the victim gave birth, but the department said a secondary review did not support a previous pregnancy.

Evidence the victim was raped multiple times at the facility

Police have arrested former Hacienda nurse Nathan Sutherland based on a DNA match provided by Phoenix police. He pleaded not guilty to charges of sexual assault and abuse of a vulnerable adult.

The family says their daughter, according to the medical records cited in the claim, was “violently and repeatedly raped” while living at Hacienda.

The medical records in the claim also confirm the victim, while "essentially non-verbal," could perceive her surroundings, respond to people familiar to her and experience pain or discomfort.

When did the family request female-only caretakers?

According to the notice of claim, the mother had repeatedly requested "female-only staff" since 2002, saying her daughter was at risk for exploitation. The lawsuit says Sutherland was assigned to provide unsupervised care to the woman even though Hacienda and state representatives "promised to honor the family’s request."

The documents further reveal Sutherland provided care for the victim more than 1,000 times, including more than 800 times overnight, between the hours of 7:00 p.m. and 7:00 a.m.

How was the pregnancy missed?

Another new revelation in the claim states Hacienda not only failed to notice the woman’s pregnancy, but treated her for "constipation" and a possible stomach infection.

Records indicate Hacienda documented at least 83 missed opportunities to diagnose the victim's pregnancy including the following: 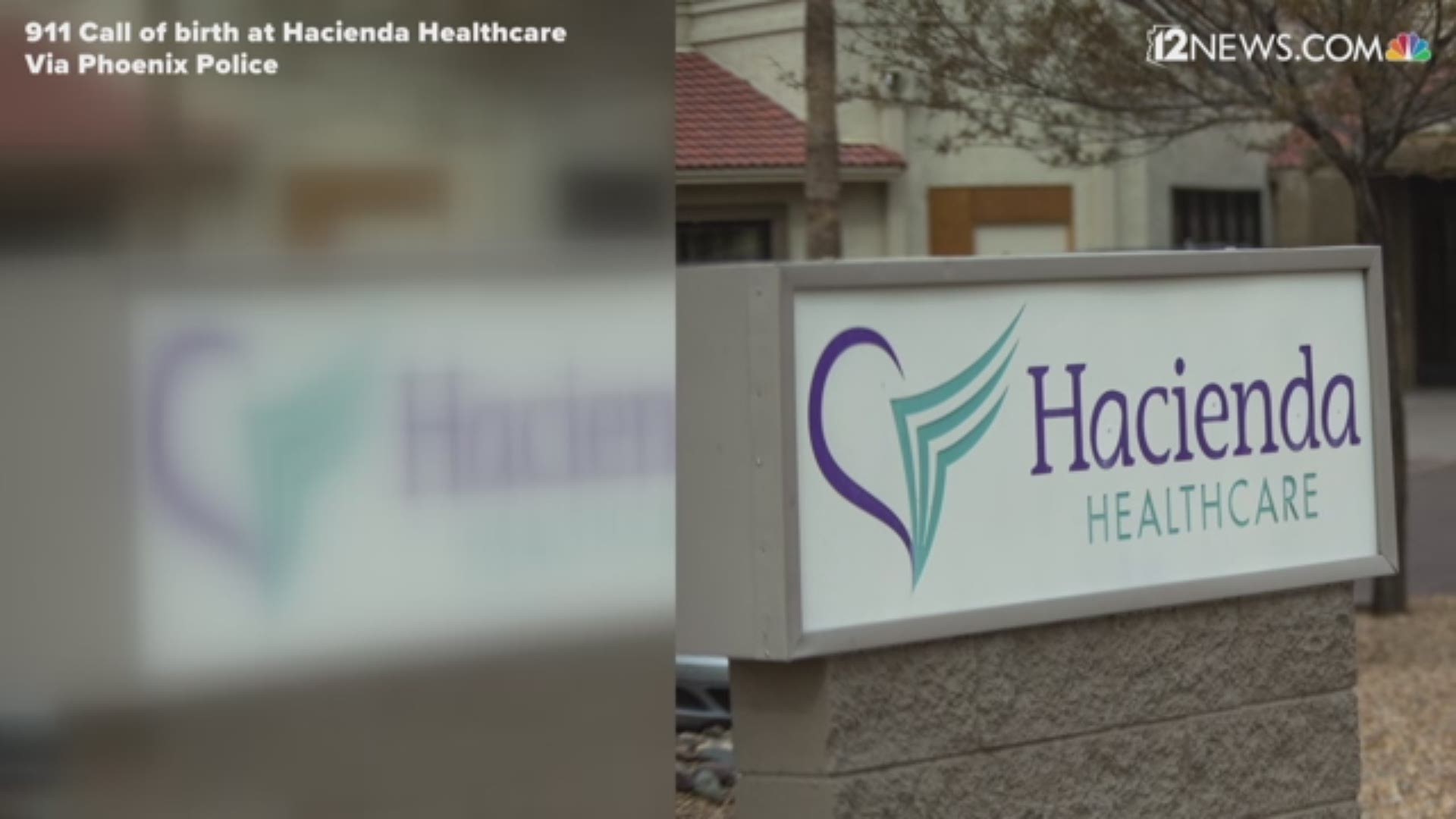 Who was the primary care physician for the victim?

According to the notice of claim, Dr. Phillip Gear admitted the victim and was her primary care physician until September 18, 2018. Then, Dr. Thanh Nguyen took over the role from that time through December 29, 2018, the day the victim gave birth.

The claim says shortly after taking over her care, Dr. Nguyen responded to reports of weight gain by ordering the victim medications for weight loss, including a laxative.

The Arizona Medical Board is recommending the case against Dr. Nguyen be dismissed, according to the board's public agenda. The board is set to consider the dismissal at its June 3 meeting.

Dr. Nguyen's contract with the state was suspended back in January after it was determined that "one or more patients were endangered by leaving them in his care."

Was the victim moved from the facility?

The woman has been moved out of Hacienda and is in the custody of her family with state-funded medical care.

As for Hacienda itself, the company is under new management. After the victim gave birth, the CEO stepped down, and there was a major shakeup of senior staff and two Hacienda board members either leaving or getting fired.

The facility has a contract with the state to provide long-term care to vulnerable children and adults with intellectual disabilities. That's not to say there will not be more consequences for the company.

RELATED: A look back at Hacienda Healthcare's problems

Are there any other victims?

Although there are allegations of mismanagement by Hacienda Healthcare, we have no reason to believe there are other victims.

Police have made one arrest and did not indicate they believe there is another suspect. Sutherland had worked at Hacienda since 2012.

A notice of claim is a precursor to a lawsuit. It gives the other side 90 days to respond. The state could reject all of it, begin negotiations for a possible settlement or accept the officer.

The governor's office has confirmed the notice of claim has been received, as has AHCCCS, the Arizona Medicaid agency that offers health care programs around the state and the office of the attorney general.

The Arizona Department of Health Services said in an email it "does not comment on pending or on-going litigation.”

The attorney for the victim told 12 News they intend to hold the state responsible because, the notice of claim says, the state of Arizona financed and condoned Hacienda's operations, calling it, "classic aiding and abetting."

A big question here is whether the law supports this allegation.

The notice of claim states that the family will settle all claims for $45 million.

12 News will continue to update this story as more information is made available.