The procrastinator's guide to viewing the solar eclipse 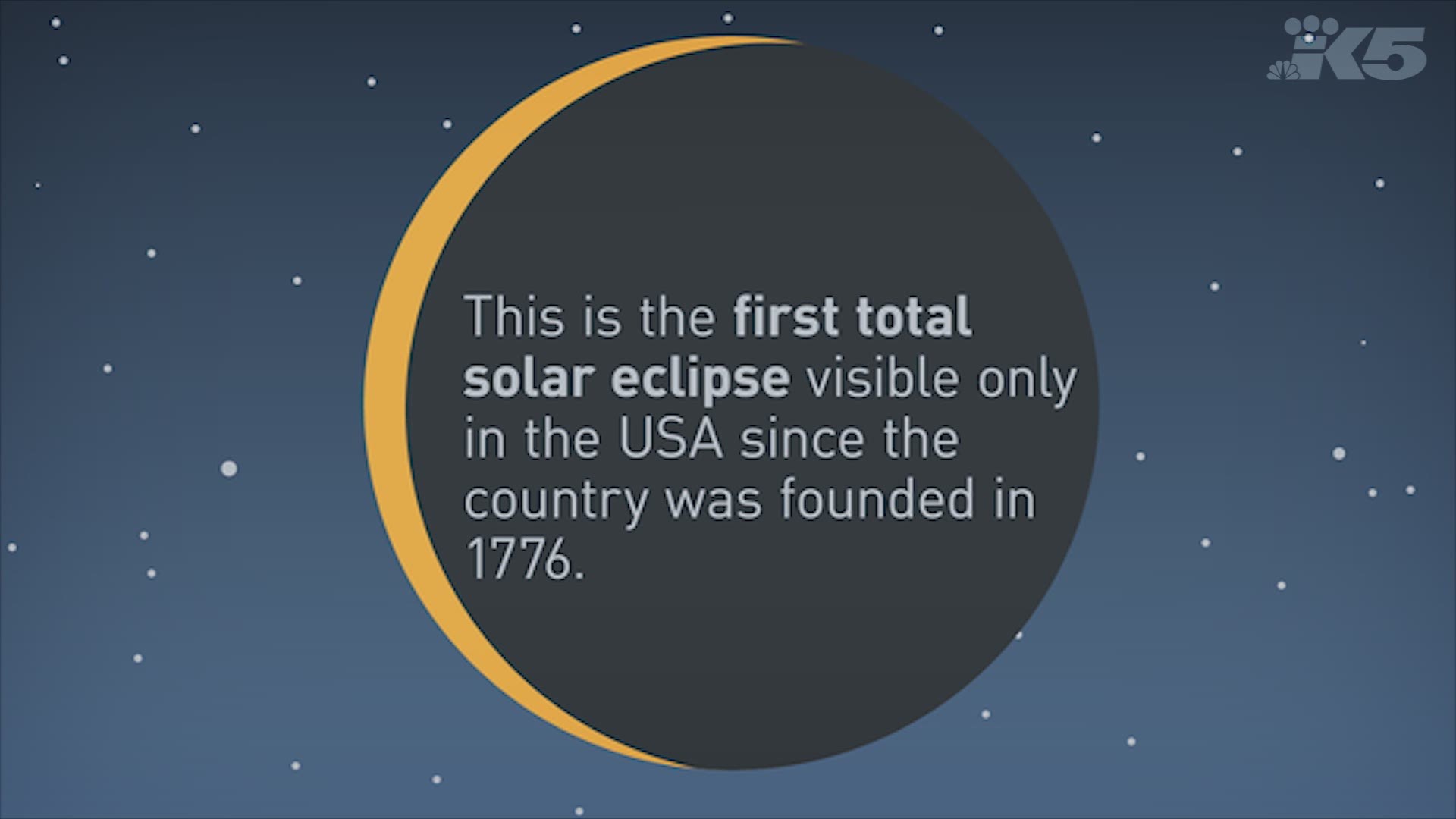 Yes, the celestial event of the year/decade/century, depending who you ask, is finally here. Many (organized) people planned their eclipse day a year ago, or longer.

But if you're not one of them, don't worry — we've got you covered.

Here's what you need:

This cannot be stressed enough. Staring at the sun can blind you — it's even called "eclipse blindness." In order to view the eclipse, you need eclipse glasses, which have a special solar filter to protect your eyes. Unfortunately, some unscrupulous characters make counterfeits, but spotting the fakes is easy. Only 12 companies make eclipse glasses that the American Astronomical Society and NASA have certified are safe. Make sure the “ISO” (International Organization for Standardization) icon is on any eclipse glasses you buy. The glasses also must have the ISO reference number 12312-2.

A pair of free solar eclipse glasses sit on display at a Warby Parker store on August 11, 2017 in New York City.

MORE: Will aliens visit Kentucky during the total solar eclipse?

If you don't have glasses yet, go here (maybe)

You snooze, you loose, folks. Stores across the country began running out of eclipse glasses last week, so you may be out of luck. Check the list below for where the glasses are being sold and send a prayer to the eclipse gods that some are still available.

How to take photos, videos, time-lapses

If you're shooting with a smartphone, you don't technically need any extra equipment, and you can do some pretty cool things with that wider shot, such as a time-lapse. But if you're serious about photography and plan to shoot close-ups of the sun, you'll need a solar filter for your camera to avoid damaging its lens. You will also want to pick up a tripod since it's going to get very dark, very quickly during totality. And don't forget your zoom lens to get a closeup of the eclipsed sun. If you're shooting a wide shot of the scene with your smartphone or GoPro, you don't need a solar filter. Regardless of whether you're shooting with a smartphone or professional camera, don't forget to capture the spectacle around you as tens to hundreds of thousands of eclipse glasses-wearing watchers look up to the sky all at once.

The total solar eclipse will move across portions of 14 states from Oregon to South Carolina. The path of totality follows just a tiny sliver 67 miles wide as it runs from coast to coast. If you're outside the zone, you will only see a partial eclipse. Here's an interactive map where you can plug in your zip code and see how much of the eclipse you will see and when the event will occur where you are located.

Don't be late: Check the time

Totality begins in Oregon at 10:16 a.m. PT. It ends in Charleston at 2:48 p.m. ET. That's only about 90 minutes for the eclipse to cross the entire country. In between the coasts, the eclipse will pass through Idaho, Wyoming, Montana, Nebraska, Iowa, Kansas, Missouri, Illinois, Kentucky, Tennessee, Georgia and North Carolina. Wherever you go to watch, don't be late. The total solar eclipse, when day turns into eerie night, only lasts 2-3 minutes in any given location.

MORE: Here's how fast your retina could burn looking at eclipse unprotected

Can't make it to the path of totality? Here's how to watch

Weather could mar the view in some spots

Most of the nation should see fairly quiet weather Monday, with the cloudiest and potentially rainiest spots in the Upper Midwest and the Southeast. Morning low clouds could fill skies in coastal areas of Washington, Oregon and California. Most of the rest of the West should have clear or mostly clear skies for eclipse viewing, especially in eastern Oregon, Idaho and Wyoming. One caveat: smoke and haze wafting from wildfires could take the edge off viewing conditions there.

I'm not laughing with you, I am laughing at you. If you didn't book yet, you're almost guaranteed to be out of luck. Attempting to find lodging now is likely a wasted effort. Go ahead and try if you like, but you'll have better luck begging to stay with a friend. Though, they may be filled to the brim, too. Your other option is a day trip in your car, but finding parking in the path of totality could be difficult and you need to allow extra time. This commute is going to be a bear.

Be prepared for traffic jams

Millions of people across the country and the world are descending on cities in the path of the eclipse. And many of these towns are downright tiny. This is not going to end well for the ability to easily putt around from place to place in your car. Parking is also likely to be a problem. You've been warned.

Let the apps answer all your questions

With more than 100 solar eclipse apps available — many of them free — you're sure to find all the info you need, including exact times, weather and scientific facts. The best apps we found are the Smithsonian’s Eclipse 2017 and Eclipse Safari, which offer science history, and best practices for wearing your eclipse glasses during the time of totality, respectively.

Eclipse selfies might not happen on the fly. When big crowds congregate and try to use the wireless networks at the same time — you know, like during the greatest eclipse in U.S. history — traffic jams resulting in online bottlenecks surely follow. AT&T, Verizon and Sprint plan to deploy “Cell on Wheels,” mobile trucks for extra network coverage, in locations expected to take a heavy hit, such as Madras, Ore., and Hopkinsville, Ky. USA TODAY's Talking Tech column offers some tips to get around the blockages.

Dangers may lurk out in the wilderness

A wildfire already canceled the eclipse for those hoping to view the celestial event on a large swatch of land surrounding Oregon's second tallest mountain. Tens of thousands of backpackers planned to visit the Jefferson and Detroit Lake areas because they are smack in the middle of the eclipse's path of totality. Some even had reservations to camp in the wilderness. Then a wildfire sent that plan up in flames. There's concern beyond the potential for flames with thousands of people fighting for just a few open campsites, along with flip-flop wearing hikers attempting to climb dangerous mountains.

Street lights could dim your view

It's not something you'd think about, but for city dwellers, street lights may be a serious distraction from the rare astronomical event. Any light pollution will affect seeing the corona — which is easily visible during a total solar eclipse — especially for people interested in doing photography or astronomy. For casual viewers, the darkness during a total solar eclipse is comparable to a night with full moon. If you want to get a good look at the moon, you wouldn't want to stand near a street light.

Many schools across the country will be closed regardless because of summer vacation. But school districts across the southern U.S. typically open earlier, forcing them to make a decision: Keep students in school or let them stay home. Several school districts in the South have announced classrooms will be closed Monday for the eclipse, while others are incorporating the event into their curriculum. But some districts are so afraid kids will look at the sun and damage their eyes that they're keeping them indoors. Science teachers aren't happy about that.