The debate over charter schools continues as the state forces school districts to share more tax dollars in capital money. 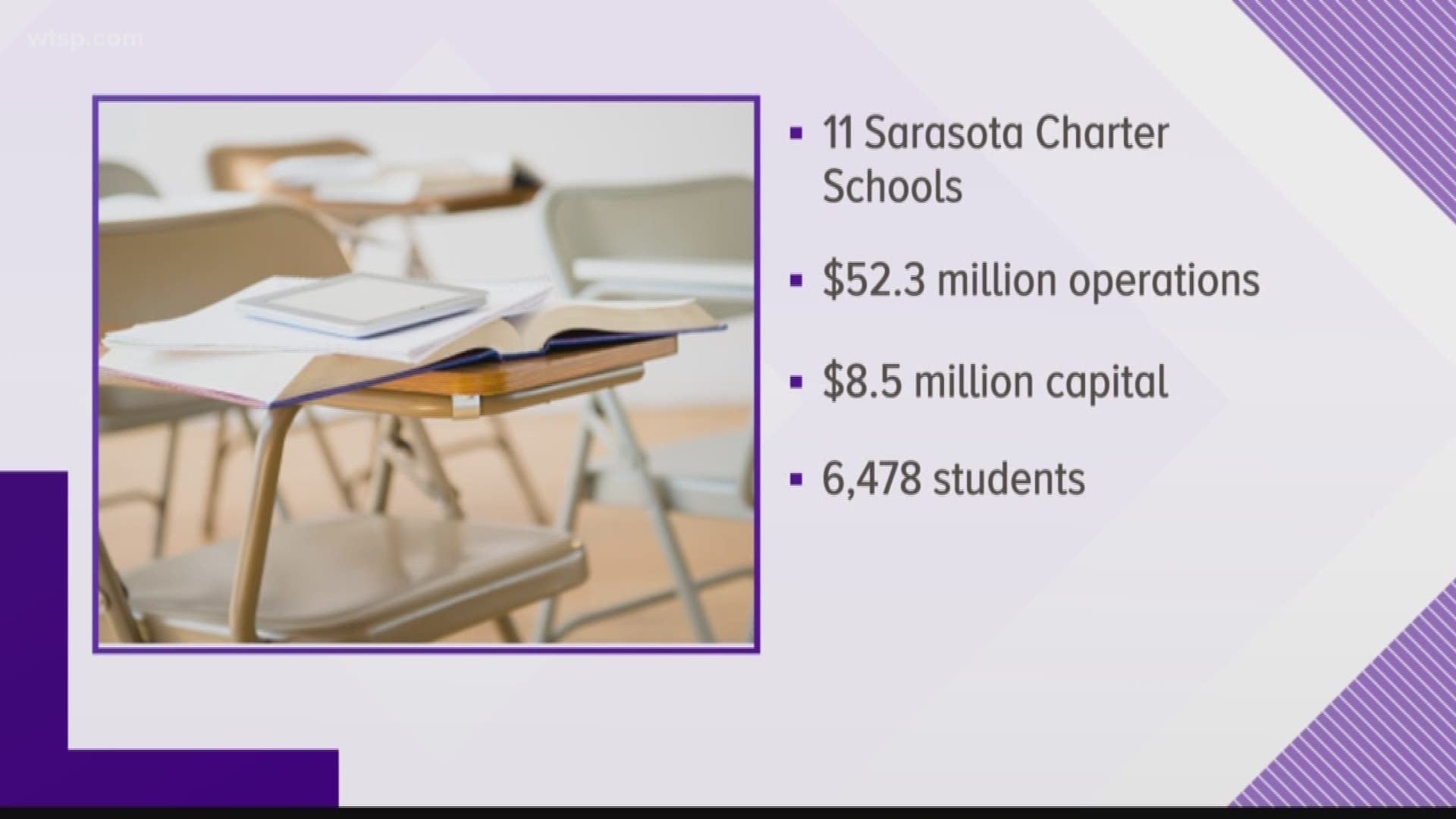 Charter schools are growing in popularity, and enrollment statewide continues to climb.

Since 2013, 65,625 more students have enrolled in Florida charter schools. Yet traditional public schools grew by a far less 46,692 students.

Compare this year to the last one. Enrollment at traditional public schools increased by nearly 4,000 students from the 2016-2017 school year. Meanwhile, 12,000 more children enrolled in charter schools during the same time.

The growth is seen locally too. Sarasota’s charter schools increased by 725 students.

“A charter school is a public school,” explained Tara Tahmosh-Newell, principal of Sarasota School of Arts and Sciences.

She breaks down perception versus reality about charter schools.

The 21-year-old charter school for sixth- to eighth-graders has earned an A grade from the state each year since 2006. The schools have room for 750 students and not one more despite having a wait list with 300 names for sixh grade.

Tahmosh-Newell said, “We believe to focus on middle school and be the best at that … it makes us successful sought after.”

As a charter it has flexibility. “We have site-based management that means we get to decide how we spend our money, decide curriculum methodology as long as it follows state standards,” explained Tahmosh-Newell.

“We do different things to make sure all students make learning gains,” she added.

Ballroom dancing is one of four physical ed classes, and there’s room for theatre class too.

Students are graded the same way too.

Funding comes from the state through FTE dollars that school districts forward to charter schools. This school year, the state paid about $7,300 per student.

“We do not take money away from public schools. We believe money follows the child, It is, in fact, there for their education,” said Tahmosh-Newell.

But those against charter schools say the money should stay with traditional public schools.

Protect Our Public Schools Manasota protested an application for a charter school this week and the board listened ... and denied the application for the Miami based group.

“It’s going to destroy public education here in Sarasota because they are just going to set up more and more of these schools,” said Carol Lerner, chair of the Protect Sarasota Schools Manasota.

“We’re not stealing money. These are dollars that they would need to have more classrooms, hire more teachers. It’s money that would be spent either way to educate children,” explained the school principal.

The Sarasota school district has earned an A grade from the state for 14 years in a row, and Tahmosh-Newell says charters contributed to that high performance.