The school district has announced 1,000 positions will be cut after this school year. 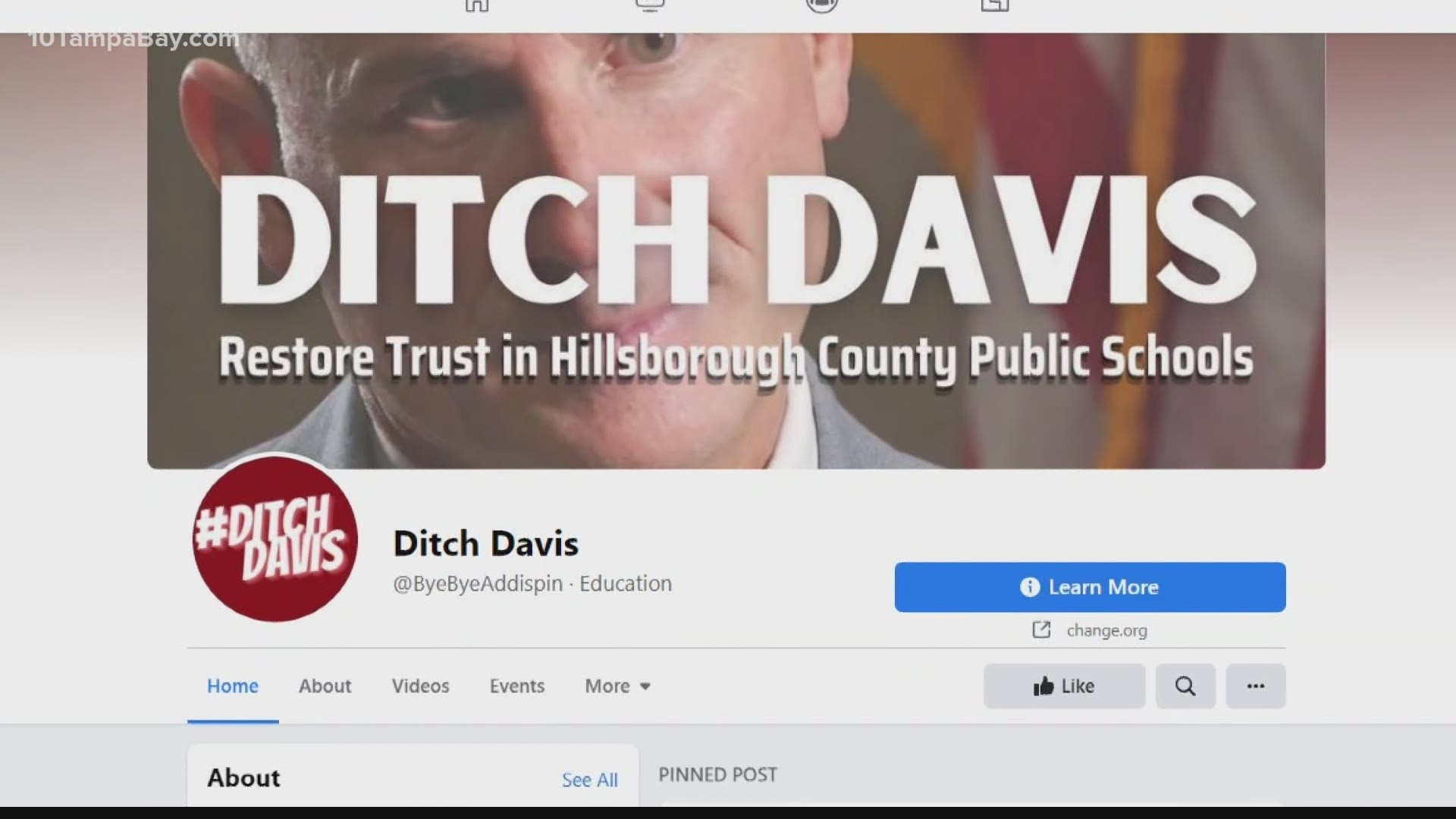 TAMPA, Fla — Anger is building against Hillsborough Superintendent Addison Davis after the district announced roughly 1,000 positions will have to be cut after this school year.

Kas Miller, a mother of two young girls in the district, is going so far as to call for Davis’ resignation. She and another parent created the Facebook group "Ditch Davis" and started a Change.org petition that’s been signed by nearly 4,000 people.

“This isn’t an attack on his character, we’re not trying to malign him,” Miller said. “We’re just saying we’ve seen what he’s brought to Hillsborough and it isn’t working for our kids.”

Word went out on Friday to 92 teachers—mostly middle and elementary music and physical education instructors—that they’d be out of a job come the end of this school year.

RELATED: 'One of the darkest times': Hillsborough Schools notifies hundreds of layoffs

This is all part of the approximately 1,000 cuts previously announced by the district. While those positions are being cut, the district needs to hire just as many every year. So the goal is to give those impacted first crack at those jobs by entering a seniority-based pool.

But the nearly 100 teachers notified Friday were told they are not eligible to find new positions in that pool.

Board member Jessica Vaughn suggested on social media over the weekend that constituents try to gauge other board members to determine if they have enough votes to fire Davis.

A grievance filed Sunday by the teachers’ union said the district and Davis showed “callous disregard” for the “employees as human beings.”

Affected teachers were only notified Friday by an email, according to the grievance, which "failed to show any gratitude for the employee working through a pandemic or regret for 'having to' take such a drastic action."

The district disputes this. A spokesperson said principals were told to speak directly with impacted employees first.

RELATED: Hillsborough superintendent sets the record on cuts, budget shortfalls, and what's next

Davis, in an interview with 10 Tampa Bay earlier this month, argued he’s trying to fix a financial mess he inherited.

“We found ourselves over $100 million in a financial deficit as we close the school year,” Davis previously told 10 Tampa Bay. “With that said, we have to make adjustments.”

Davis said the district made long-term decisions like hiring staff and increasing salaries based on short-term grants, and even as the district continued to lose students, necessary corrections in staffing were not made.

“That’s openly caught up to us,” he said.

In a statement provided to 10 Tampa Bay on Monday, Davis said the following in response to the campaign on social media to oust him from his job:

“I was hired to transform Hillsborough County. And in that process, we had to make some very difficult decisions. We changed instructional focus. We changed instructional frameworks. We’ve increased accountability. I led this district through a pandemic, successfully. And on top of that I’m facing budget downfalls over and over again. And while you’re cutting 2,000 people it’s hard to build relationships. It’s hard to build trust but I am committed to working to improve.”