Hillsborough, Sarasota, and Indian River school leaders were told they will not face sanctions because they're now in compliance with state restrictions. 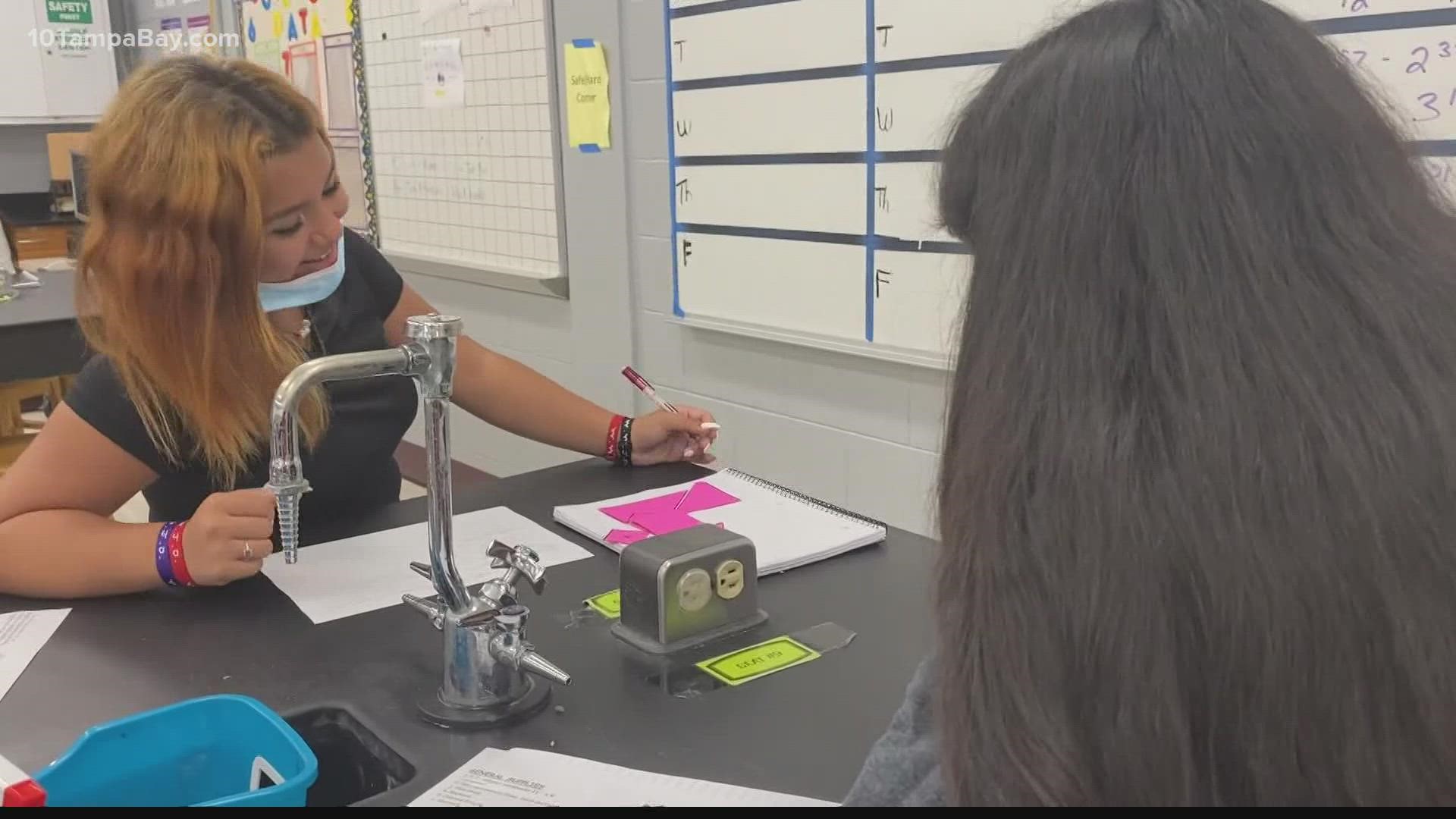 But eight out of eleven school districts on the agenda during the State Board of Education's Thursday meeting will face sanctions.

A Hillsborough County Public Schools spokesperson said leaders were told verbally that they did not need to be present at Thursday's meeting of the Florida Department of Education (FLDOE). The spokesperson said Hillsborough would not be disciplined because it is now in compliance with Florida law by offering a parental opt-out to its previously more-restrictive mask mandate.

Sarasota County Public Schools and the Indian River County School District won't face punishments either since they are now in compliance with state rules as well.

During Thursday's meeting, the state voted to sanction Alachua, Brevard, Broward, Duval, Leon, Miami-Dade, Orange, and Palm Beach counties. The state unveiled at the start of the meeting that Hillsborough, Sarasota, and Indian River County schools would no longer be on the agenda.

In Hillsborough County, school board members dropped requirements needed for parents to opt their students out of mask-wearing. The change took place just hours before the FLDOE's meeting.

School board members in Sarasota County voted unanimously to repeal their mandate regardless of whether COVID-19 cases go above the district's 10 percent positivity rate threshold. Changes to the masking policy first took effect Sept. 27 when cases first dropped.

COVID-19 cases have recently dropped in both Hillsborough and Sarasota counties.

RELATED: NEW: Kids 5-11 may soon be able to get Pfizer's COVID vaccine