Some Pinellas County teachers say they cannot continue to feasibly teach both in-person and virtual classrooms at the same time. 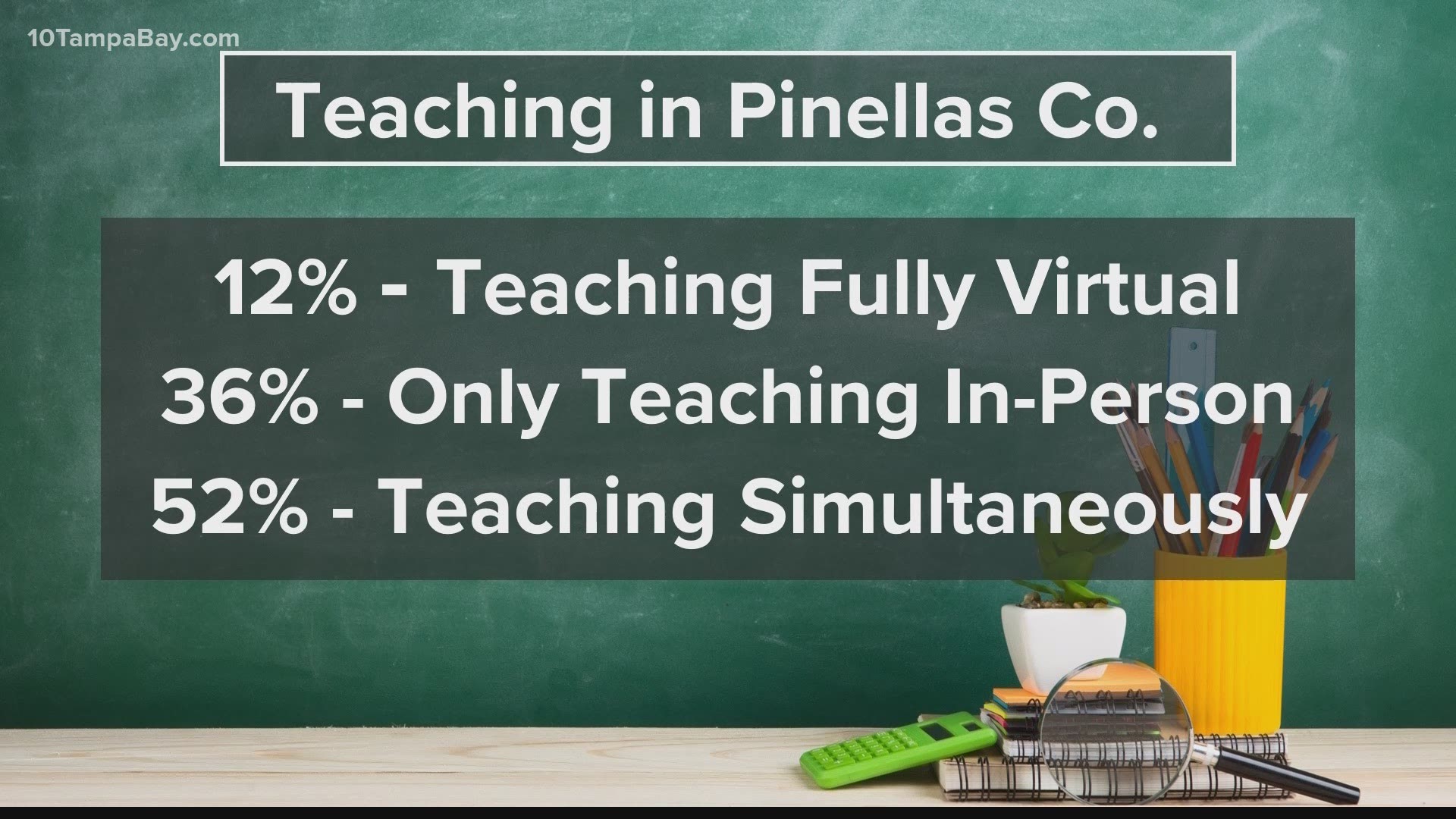 LARGO, Fla. — Teachers union representatives and district administrators ended a two-hour meeting Monday evening no closer to a solution to address concerns raised about "simultaneous teaching" as both sides appeared they couldn’t even agree on the scope of the issue.

District leaders contend they are addressing specific issues as they’re made aware and that fewer than 100 teachers still had unresolved concerns.

But representatives with the Pinellas Classroom Teachers Association argued their own poll showed nearly 70 percent of respondents were unhappy with the policy.

RELATED: Pinellas teachers say jobs and health precautions are not what were promised

While union reps say they'd like for the district to just scrap its "simultaneous teaching" policy, district leaders say that would require more classes and more teachers, something it can't afford right now.

"What we want to do is make sure when we have that conversation about doing it in a mass way, can we do it within our means," deputy superintendent Bill Corbett said.

Union president Nancy Velardi requested the district lead its own survey of all teachers. But district officials remained noncommittal.

Thousands of people—teachers included—have signed a petition calling on the district to change it’s "simultaneous teaching" policy. Many teachers say they’re simply overwhelmed and the situation is doing a disservice for all students.