Growing hops in Florida? Researchers hope to make it a thing

Hops are commonly grown in western states due to their longer days and cooler temperatures. Doing so in Florida is difficult due to the humid climate. 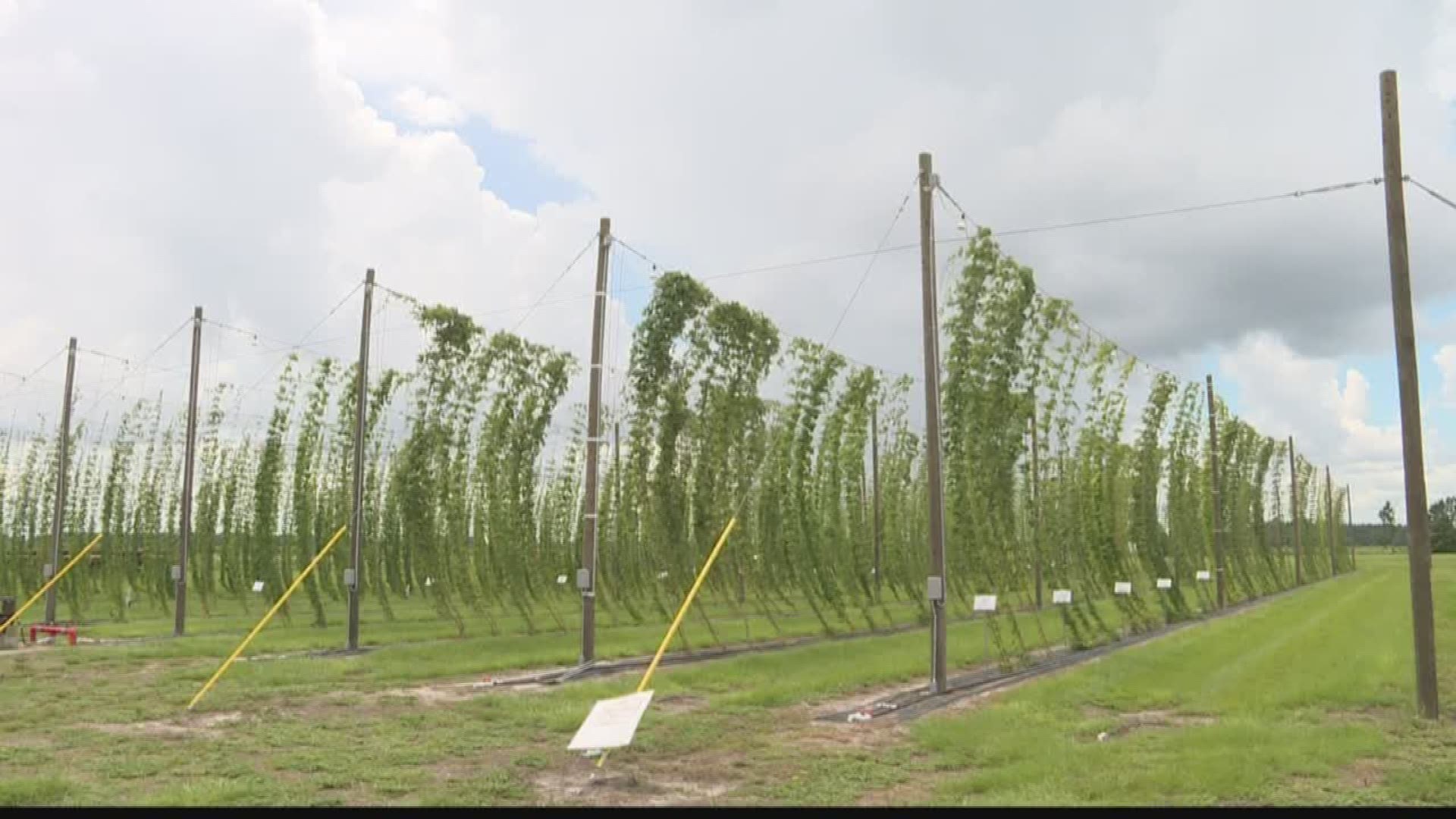 WIMAUMA, Fla. - It's the main ingredient in beer and local breweries spend big bucks to import it.

We’re talking about hops, which are typically grown in the Pacific Northwest.

But now they're being grown in Florida's humid climate.

University of Florida researchers have studied the plant for three years on a 1-acre field in Wimauma.

One reason why hops aren't grown in Florida is they require 15 hours of daylight.

Western states, including Washington, Oregon and Idaho, have longer days and cooler temperatures, which helps the plant grow.

Researchers have grown the hops up to 20 feet by using LED lights. Previously they would only grow up to 10 feet.

“That was the challenge in the past two years, we didn't have the LED light,” said Shinsuke Agehard, an assistant professor of plant physiology at the University of Florida. “The beams imitate sunlight, artificially stretching daylight hours to prevent hop plants from budding prematurely.”

Researchers are looking at 14 varieties of hops and different color LED lights. By conducting different test at the same time, researchers can start weeding out what works and what doesn't, researcher Zhano Deng said.

“Florida growers are looking for alternative crops to grow so they can stay in business with national and international markets,” he said. “For the local breweries they can use locally produced hops.”

“Local ingredients. That's what the consumer wants,” said Sean Sasscer, the brewery's production manager. “The consumer is far more invested in the products that they're buying now.”

Shipping fresh hops to Florida is expensive and can take days, so growing the plant locally can save on shipping costs and create unique Florida flavors.

“Environmentally from having to cut out thousands of miles worth of shipping lanes that would be great,” says Sasscer.

But growing hops locally isn't cheap. The land researchers are using in Hillsborough County, along with the lights and plants, cost around $30,000.

It was paid for through grant money and donations from local breweries.

Aside from diseases and Florida weather, researchers are also trying to figure out how to drive down the cost, so it can be more affordable for both farmers and breweries.