'We cannot fight in this world alone': Cancer battle brings Georgia kids together

Phone calls turned into meet-ups at the hospital, which lead to long talks as their babies slept and recovered from their treatments. 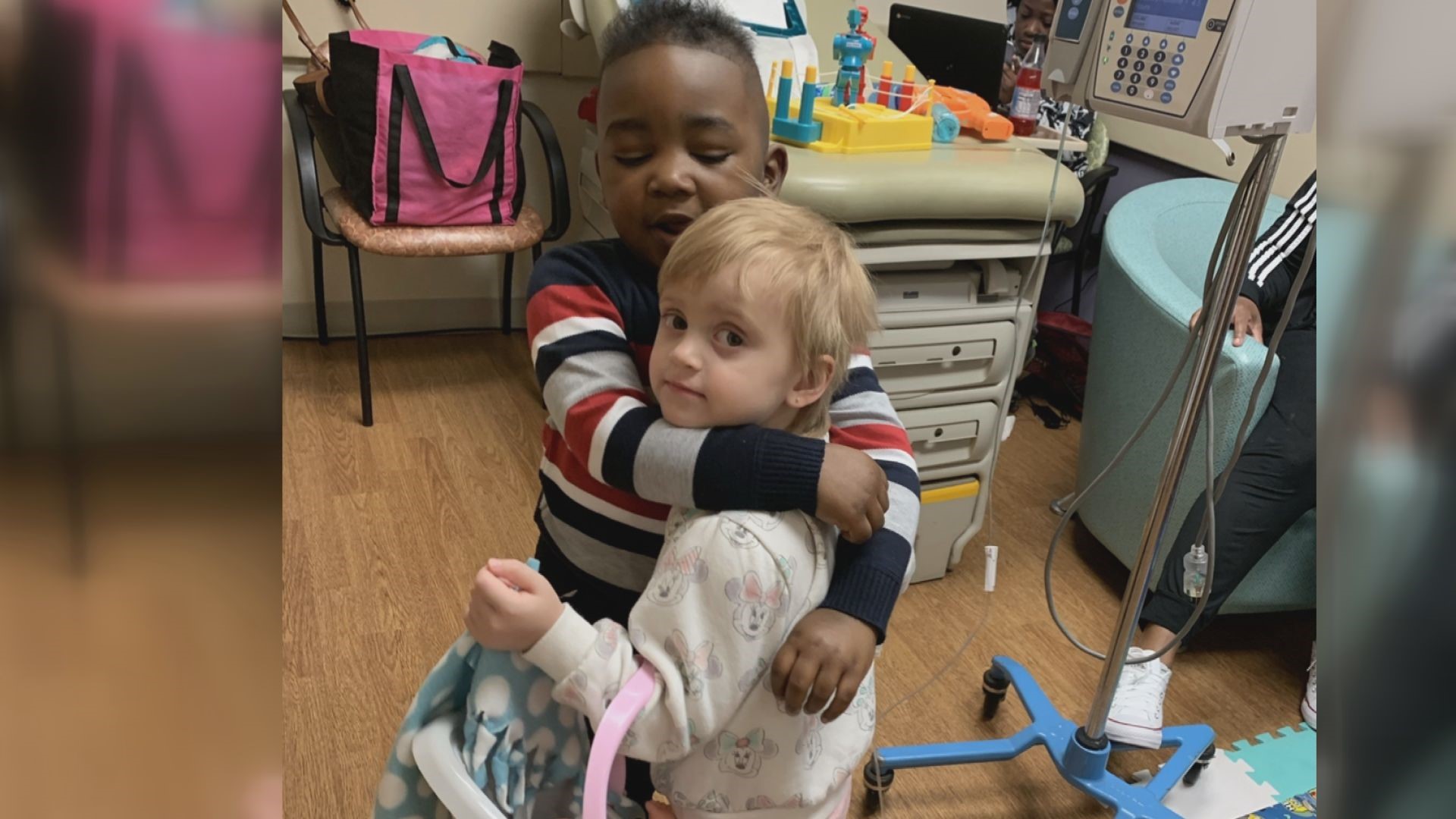 MACON, Ga. — In 2019, 13WMAZ aired a story about 1-year-old Hailey Holder Allen and her battle with a rare form of cancer.

As that story aired, Tiffany Milton sat at a hospital after her son had just been diagnosed with the same rare cancer.

"My mom called me one morning and she said, 'Tiffany, this girl on the news, she said her name was Hailey.' She said, 'You really need to speak with her.' I told her that was fine, and within about an hour, Hailey called me."

"The first conversation I had with her, there were a lot of tears, uncertainty," Allen said.

RELATED: 'It will get worse before it gets better:' Community rallies around Warner Robins baby battling rare cancer

Phone calls turned into meet-ups at the hospital, which lead to long talks as their babies slept and recovered from their treatments.

"Ever since then, we were on the same rotation every other week in the hospital together," Milton said. "They became like my friends, and truly family."

They shared everything from parenting tips and experiences with different treatments to major life milestones, and so did their kids.

Milton and Allen say it was that bond that helped them through some of the most difficult days of their lives.

"It is such an incredible God-given gift," Allen said.

"These two symbolize so much to people in the world today," Milton said. "That we need each other. We cannot fight alone in this world."

Hailey Holder and Keason still have more treatment ahead, but their parents are hopeful this will eventually just be a chapter in a book filled with wonderful memories.

The kids' bond caught the attention of staff at Beverly Knight Olson Children's Hospital and the pair was named this year's Children's Miracle Network Champions.

That title typically goes to one child a year, but since these two do everything together, it was only fitting they shared this too.

Hailey Holder and Keason will spend the next year as the face of the hospital and the nearly 46,000 kids treated there every year.